The solution to herbicide resistance shouldn't be "more herbicides" 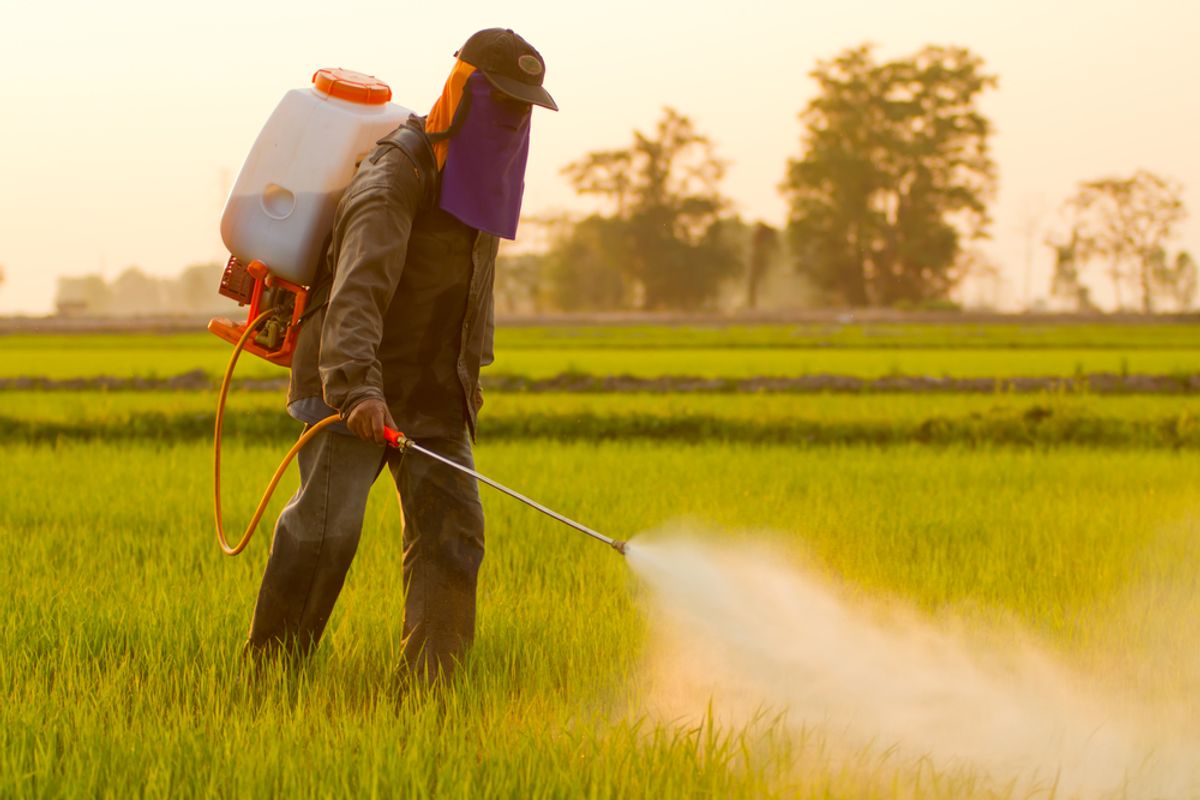 Move over, Roundup Ready crops. After gaining USDA approval last week, new generation of genetically modified corn and soybeans is about to make its premiere. Meet "Enlist," manufactured by Dow Chemical, a line of crops with the ability to withstand the herbicide 2,4-D. Farmers who use the "Enlist Weed Control System" can kill weeds without harming their crop...for now.

The old GM crops, manufactured by Monsanto, aren't working so well any more, as overuse of glyphosate, the herbicide they're designed to withstand, has allowed weeds to develop resistance of their own. The new ones, Wired reports, are poised to take their place. On the one hand, this makes a lot of sense: if the old stuff isn't working, that means it must be time for something new. On the other, that's kind of insane logic, because that new stuff is coming in to solve a problem that was created by the old stuff.

In addition to the risks, to the environment and human health, of increased pesticide use, some see us as being at the precipice of a truly serious disaster. It's no coincidence that superweeds sound a lot like superbugs, which similarly have become a global threat thanks to the overuse of the stuff developed to keep them in check. And just as with antibiotics, critics of GM crops warn that we're on a "herbicide treadmill": an endless cycle of new herbicides and new resistance that keeps speeding up.

And if we end up with no new herbicides? Just as with the post-antibiotic era, the implications of life after herbicides are sweeping. It will mean tough, fast-growing weeds that we have no easy means of stopping. Superweeds have already taken over 70 million acres of U.S. farmland, Wired reports, causing about $1 billion in annual damage. A classic example of just how scary they are, to farmers,  is the Palmer amaranth, which is already taking over cropland across the southern U.S. It can grow seven feet tall, with stalks as thick as baseball bats -- it's more, in other words, than your standard weed-whacker can take on. North Dakota named it weed of the year; some refer to it as "Satan."

The only way out of this cycle, critics say, is to break it -- that is to say, to transform agriculture as it's currently practiced. It means moving away from monocultures and putting a heavy focus, instead, on crop rotation and the use of cover crops. Aside from preventing resistance, all that carries the additional benefits of improving soil quality and preventing erosion. And bees -- it'd be good for them, too. A number of such practices come together under the umbrella of what's known as integrated weed management. Farmers will need scientists' help in fine-tuning all that, experts told Wired. But if implemented properly, according to a policy brieffrom the Union of Concerned Scientists, "herbicide use could be reduced by more than 90 percent -- while maintaining or increasing yields and net farmer profits."

Enlist has a ways to go before farmers can start planting. And those let down by glyphosate might not have time to wait. Plenty are already abandoning herbicides, Adam Davis, a weed ecologist with the USDA, told Wired. "They’re not doing this because it’s groovy or green,” he said. “They’re doing it because they’re running out of chemical options. The weeds have forced their hands, and will increasingly do so across the globe.” Sometimes these things just have a way of working themselves out.