The segment made headlines Sept. 19 after fans expressed anger at the comedy program 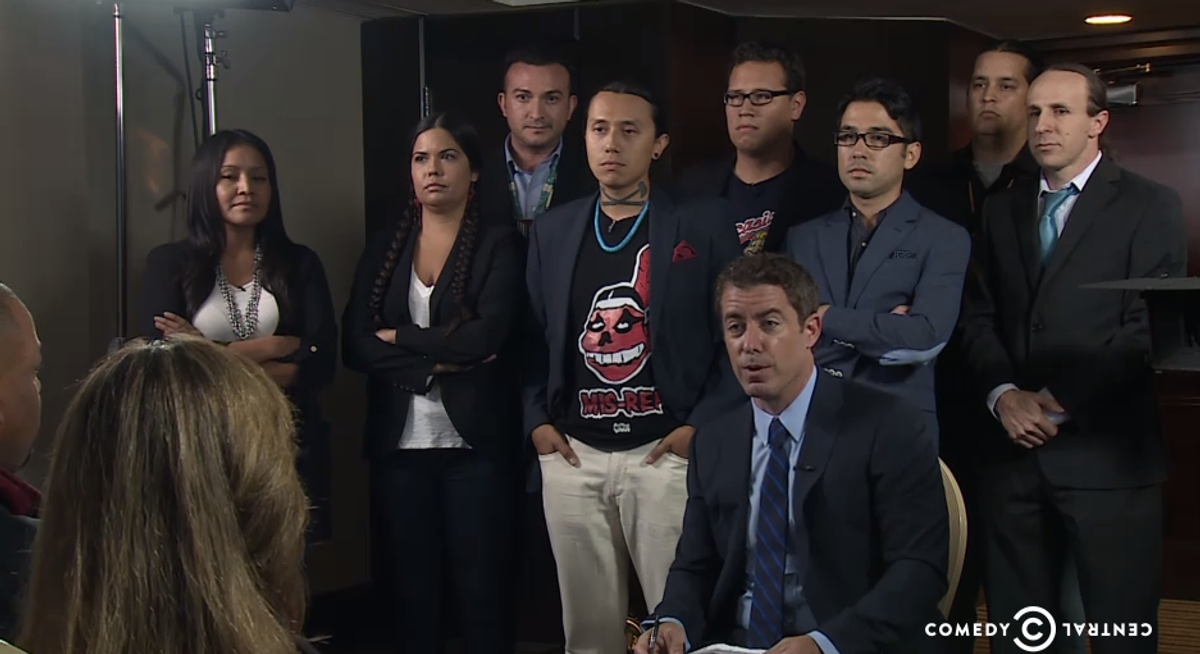 Jon Stewart prefaced Thursday night's "Daily Show" segment, a showdown between Native Americans and Washington Redskins fans, with a rare disclaimer about the integrity of the segment and the show's ethics. He was referring to the complaints of the participating fans, which made headlines on Sept. 19 when the Washington Post reported that some of the Redskins fans participating felt angry and betrayed. One woman even felt like she was "in danger."

The "Daily Show" has now released the footage that those four fans probably don't want you to see, and it is both brilliant and hilarious. Correspondent Jason Jones moderates two separate panels -- one in which Native Americans explain why the Redskins name is offensive and racist, and another, in which fans defend the name and the sports culture that they believe it stands for. At the end of the segment, he brings the two panels together. Sadly, much of the showdown is edited out, but it's probably safe to assume that people shared nothing more than a few strong opinions.