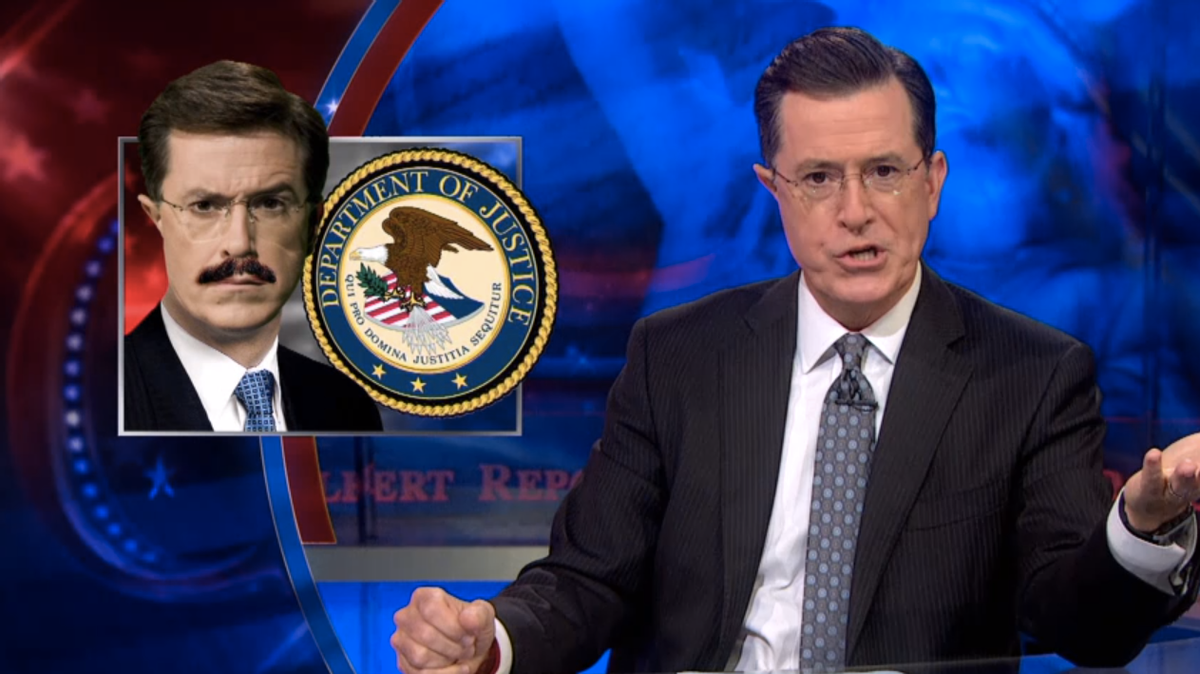 Stephen Colbert discussed Attorney General Eric Holder's resignation last night, which he interpreted as only Colbert could: The White House is collapsing.

Holder previously stated that this would be his last year at the post, but he'll stay on until 2015, or when the president nominates a new attorney general.

Colbert is not sad to see him go, but he does have some parting words, and helps name a successor. Watch below: