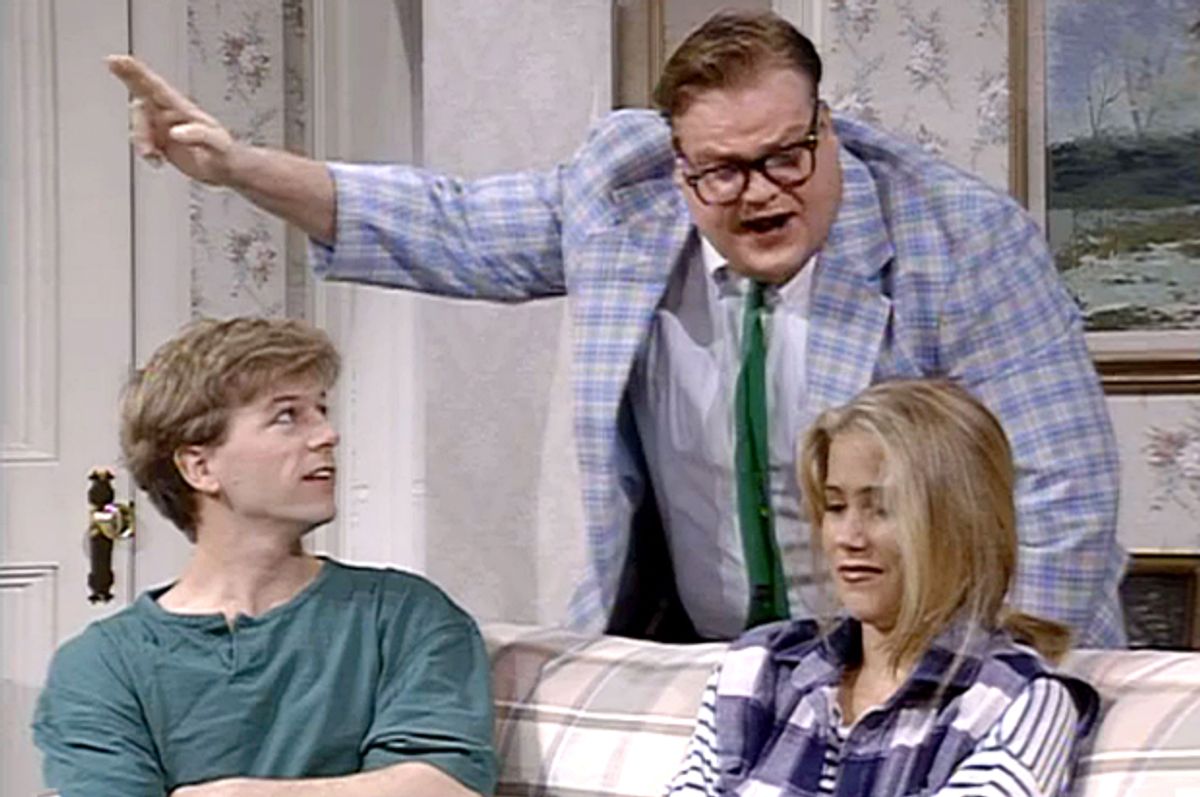 NBC is pulling out all the stops for its 40th season: In addition to airing a three-hour anniversary special this year, the network will also broadcast a weekly "SNL Vintage" series that replays classic "SNL" episodes ahead of new ones on Saturday night.

The first two have already been announced: A 1975 episode featuring Richard Pryor as the host and Gil Scott-Heron as the musical guest will air Sept. 27. On Oct. 4, NBC will air the Season 25 episode with Christopher Walken as the host and Christina Aguilera as the musical guest. You might remember those two episodes for their iconic sketches: Pryor's infamous "Word Association" sketch, and Walken's oft-quoted "Cowbell" sketch.

Because comedy is so subjective, and because "SNL's" repertoire is so vast, it's hard to guess the exact episodes that "SNL" will air. But we have a few requests. Here are the eight iconic episodes we'd like to see in the "Vintage" series:

This Emmy-nominated episode from 1978 is an "SNL" classic for so many reasons: It cemented Steve Martin's role as one of the show's best hosts ever (by this episode, he'd already hosted five times in 18 months). It also notes the the success of "SNL" in pop culture, inviting "SNL's" own Blues Brothers as the musical guest, and premiering Martin's single, "King Tut." Other classic sketches from this episode: "Point/Counterpoint" with Dan Aykroyd and Jane Curtin, and Martin's Monty Python-like "Theodoric of York, Medieval Barber."

Former "SNL" cast member Eddie Murphy, who famously hosted "SNL" in Season 8 while still a cast member, returned to host the show without controversy in 1984 after his departure. This episode not only celebrated his homecoming, but it also featured the classic sketch "White Like Me."

The 1986–87 season was a historic and tumultuous one for for "SNL": After near-cancellation and a serious gutting of the show, the fate of "SNL" seemed uncertain. Five out of the nine performers were brand new and relatively unknown to American audiences: Dana Carvey, Phil Hartman, Jan Hooks, Victoria Jackson and Kevin Nealon. In the premiere episode we met Mr. Subliminal, Bill Franklin and Derek Stevens. In the midst of "SNL's" current shake-up, this episode is a reminder of the show's resilience, iconic status and ability to poke fun at itself.

"Baby It's Cold Outside," Sigourney Weaver... by alienfan

This is worth re-airing simply for the debut of Matt Foley in Chris Farley's "Down By the River" sketch.

No one could have predicted that this episode would be Chris Farley's last appearance on "SNL," but it definitely demonstrated why no one could ever replace him. Farley, who was fired from "SNL" in 1995, returned to host the show in 1997. The homecoming was an homage to his most memorable sketches, bringing back motivational speaker Matt Foley and even featuring Mike Ditka in a "Bill Swerski's Superfans" spot.

While Alec Baldwin has hosted several memorable "SNL" episodes, his holiday edition "SNL" episode from 1998 is a stand-out. There's so much to enjoy here, including his NPR spoof, "Schweddy Balls" and John Goodman, Will Ferrell and Baldwin reunited in "Bill Brasky."

The impact of "Lazy Sunday," which debuted in Season 31, cannot be overstated: It cemented Lonely Island's success, updated "SNL's" brand of comedy for the digital age, and laid the groundwork for a series of digital shorts like Season 32's "Dick in a Box."