By David B. Woolner 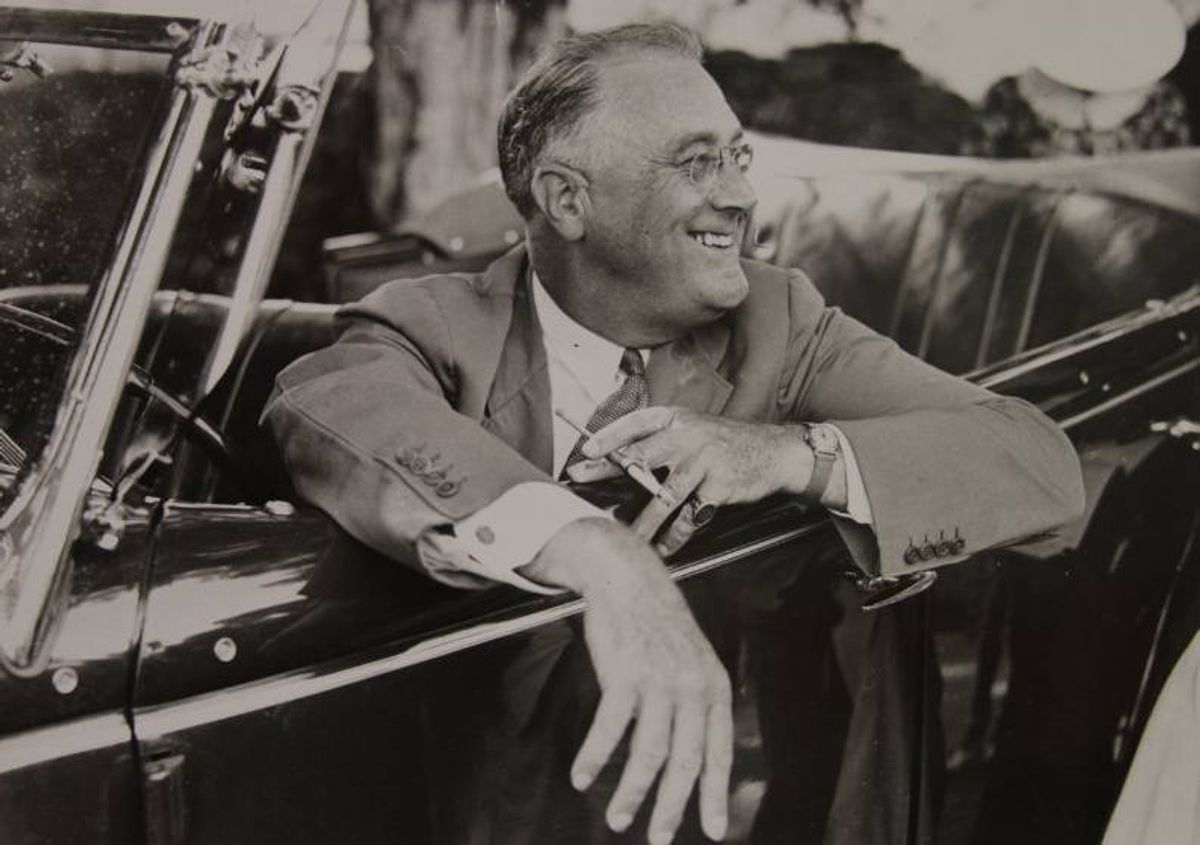 Ken Burns's superb documentary, The Roosevelts: An Intimate History, is in many ways a celebration of leadership, of the triumph of personal will over adversity, and of the belief in the age-old American story that each of us – no matter how burdened by life’s tragedies – has the capacity to accomplish great things.

The film also has much to say about the transformative nature of government: the idea, which all three Roosevelts shared, that it was the responsibility of government to serve as the primary guarantor of social and economic justice for all Americans – not just the privileged few at the top. It was this belief that formed the basis of Theodore Roosevelt’s New Nationalism and Franklin D. Roosevelt's New Deal, and this belief that helped inspire Eleanor Roosevelt’s efforts to craft the Universal Declaration of Human Rights that was ratified by the United Nations just three years after its 1945 founding.

What is often overlooked in this story is the role that all three of these remarkable leaders played in helping to preserve the American free enterprise system, of trying to mitigate the worst excesses of capitalism, not only out of a desire to protect the American people from exploitative labor practices or fraudulent financial dealings, but also out of a desire to protect our very way of life during an era when liberal capitalist democracy was under siege in much of the rest of the world. As the late Arthur Schlesinger Jr., once remarked, the twentieth century in many respects can be viewed as a struggle of ideologies, a time in which the anti-democratic forces of fascism and totalitarian communism were on the march, so that by January 1942 at the height of the Second World War, there were only a handful of democracies left on the planet.

In the rhetorically charged atmosphere of the mid 1930s, FDR’s critics alleged that the reforms he instigated under the New Deal were designed to take the country down the path to socialism. But nothing could be further from the truth. Social Security, unemployment insurance, and granting labor the right to organize were all inspired by the desire to provide the average American with a basic degree of economic security within the capitalist system. So too were the many financial reforms that brought us the likes of the Federal Deposit Insurance Corporation and the Securities and Exchange Commission. The same argument could be made about Theodore Roosevelt, whose decision to take on such conglomerates as the Beef Trust or the Northern Securities Rail Company was driven by the desire not to destroy big business but to limit monopoly and restore the cut and thrust of the free market. In short, both men were motivated by the idea that the federal government had a responsibility to make capitalism work for the average American.

Eleanor Roosevelt concurred with these ideas, and in spite of her reputation as a left-leaning reformer, spent much of her considerable energy in the post-1945 world arguing in favor of the World War II monetary and trade reforms that helped launch the globalization of the world’s economy. In her May 21, 1945 "My Day" column, for example, ER spoke out in favor of the 1944 Bretton Woods accords which established the International Monetary Fund and International Bank for Reconstruction and Development, later the World Bank. Here, she argued in favor of the stabilization of currencies, because in the past there had been much speculative trading in this area, which resulted in “economic warfare” that in time brings us to “shooting warfare.” And she had this to say about the establishment of the International Bank for Reconstruction and Development:

Some foolish people will ask: Why do we have to concern ourselves with the development and reconstruction of the ruined countries? The answer is simple. We are the greatest producing country in the world. We need markets not only at home, but abroad, and we cannot have them unless people can start up their industries and national economy again and buy from us. If Europe or Asia falls apart because of starvation or lack of work for their people, chaos will result and World War III will be in the making. In that event, we know that we will have to be a part of it.

Hence, ER insisted that we needed “both the bank and the fund for our own security, as well as for that of the rest of the world.” She then urged her readers to write to their Senators and Congressmen in support of the treaty, for as she so eloquently put it:

Whether you are a farmer or a merchant, whether your business is big or little, you are personally affected by it. Even if you don't sell directly to a foreign country, you are indirectly affected – for the prosperity of the[foreign] country means your prosperity, and we cannot prosper without trade with our neighbors in the world of tomorrow.

As is so often the case, when we look back we see that the challenges of the past are not that different from the challenges we face today. Once again we face a world where the free-market system is in desperate need of reform; a world where income inequality has reached levels not seen since the gilded age; a world where the specter of long-term unemployment and limited opportunity has dimmed the hopes of an entire generation; a world where poverty and a lack of opportunity have given rise to anti-democratic extremists that threaten the very lives and well-being of millions. Yet sadly, and unlike the heady days of the first six decades of the twentieth century, our leaders in Washington seem incapable or unwilling to shape a response to these many challenges befitting the legacy of such great political figures as Theodore, Franklin, and Eleanor Roosevelt.

A great deal of this can be attributed to the irresponsible behavior of many members of Congress, particularly among the members of the extreme right, whose obstructionist policies and rigid anti-government ideology have played a significant part in rendering the 113th Congress one of the least effective and least respected in American history.

But we should also never forget – as Ken Burns and his outstanding script writer Geoffrey Ward have reminded us through this outstanding film – that we too must share part of the blame. For as much as we may admire the leadership of the Roosevelts, none of their accomplishments would have been possible without the support of the American people. Leadership, after all, is a dynamic process that requires the cooperation of the both public figures and the public, and if we are living in an age that seems incapable of producing transformative government, we need to recognize that in a democracy it is the people who bear the final responsibility for their fate.

Franklin Roosevelt perhaps put it best when he urged the American people to recognize that “government is ourselves and not an alien power over us. The ultimate rulers of our democracy are not a President and Senators and Congressmen and Government officials but the voters of this country.”

David B. Woolner is Senior Fellow at the Roosevelt Institute, professor of history at Marist College, and the author of "The Last 100 Days: FDR at War and at Peace."

MORE FROM David B. Woolner