The changes to Season 40 are already paying off 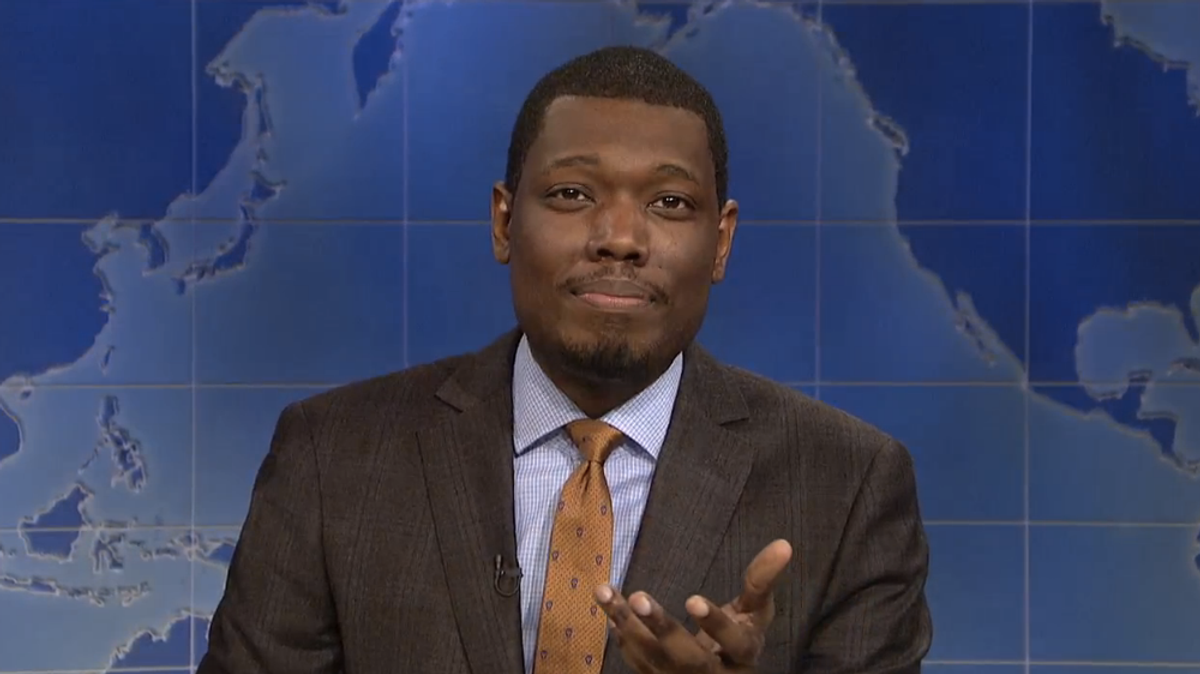 The revamped "Weekend Update" is off to a great start. The signature "SNL" segment was also the season opener's most highly anticipated segment after having undergone major changes: "Daily Show" correspondent Michael Che replaced Cecily Strong as co-host with Colin Jost, making Che the first black co-anchor and leaving two men at the Update Desk for the first time in the show's history.

Che had a few flubs, but he recovered quickly and delivered punchy, sharp jokes that tackled politics, race and culture. Pete Davidson, the lone new player this season, certainly made a splash with a bold, controversial segment about prostitution.

The two new faces were grounded by a few familiar ones, too: Strong visited as The Girl You Wish You Hadn't Started A Conversation With At A Party, writer Leslie Jones returned as a dubious Relationship Expert and the segment ended with a zinger of a performance by Kenan Thompson.

Watch the ambitious "Weekend Update" segment below, in full: