U.S. government to American people: Stay away from these countries

In total, the State Department has travel warnings in place for 41 nations across the globe 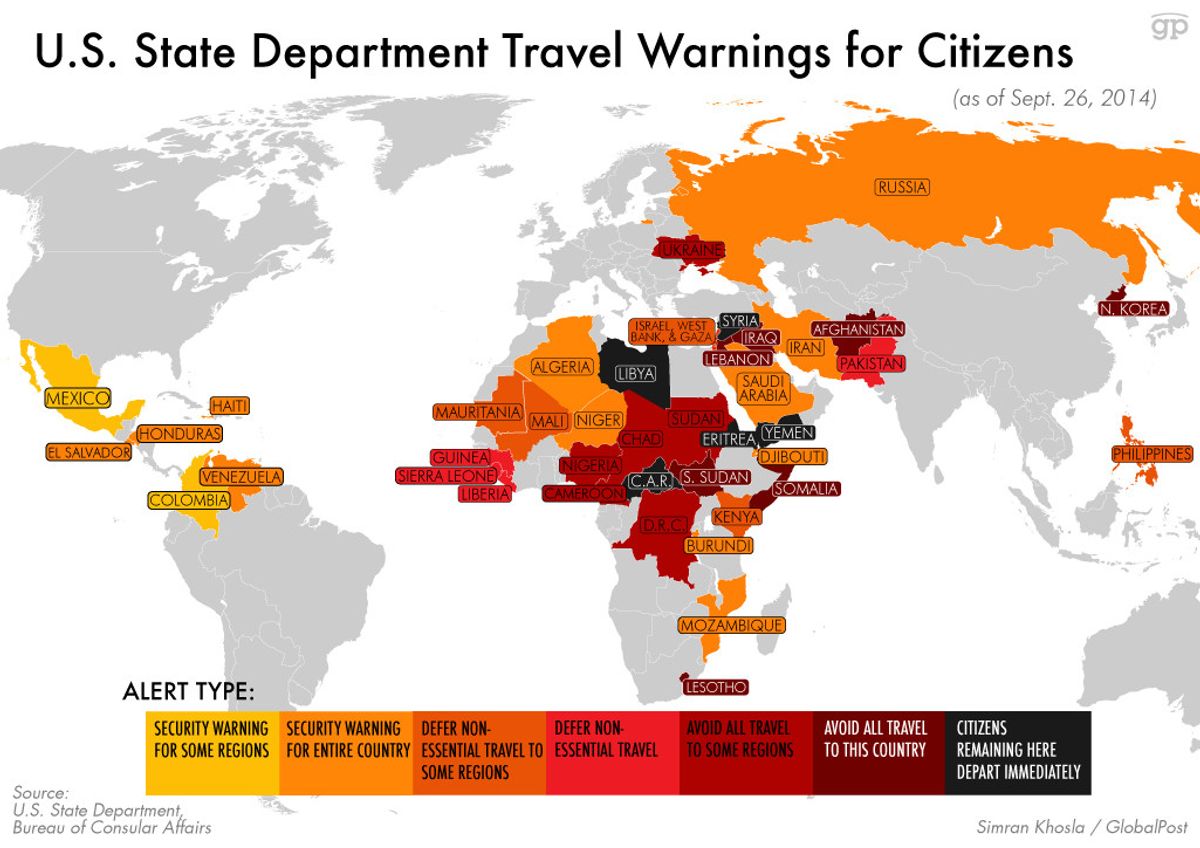 The world can be a dangerous place. Depending on where you live, you're reminded of that every time you turn on the TV or read the news.

If you are citizen of the United States there's also another consistent reminder: State Department travel warnings.

According to the US Passport and International Travel Office:

"We issue a Travel Warning when we want you to consider very carefully whether you should go to a country at all. Examples of reasons for issuing a Travel Warning might include unstable government, civil war, ongoing intense crime or violence, or frequent terrorist attacks. We want you to know the risks of traveling to these places and to strongly consider not going to them at all. Travel Warnings remain in place until the situation changes; some have been in effect for years."

We catalogued all the travel warnings now in effect and created the graphic below to show all the places where the US government doesn't want its citizens going: Let's also not forget that the United States can be a very dangerous place itself, and that US foreign policy has helped turn some of these countries into the dangerous places they are now.

Click on any of the countries below to see the detailed warning issued by the US State Department:

Security Warning for Some Regions: Colombia and Mexico.

Avoid All Travel to Some Regions: Ukraine, Nigeria, Cameroon, Democratic Republic of the Congo, Sudan and Chad.