He is as delightful as ever in "SNL" season opener 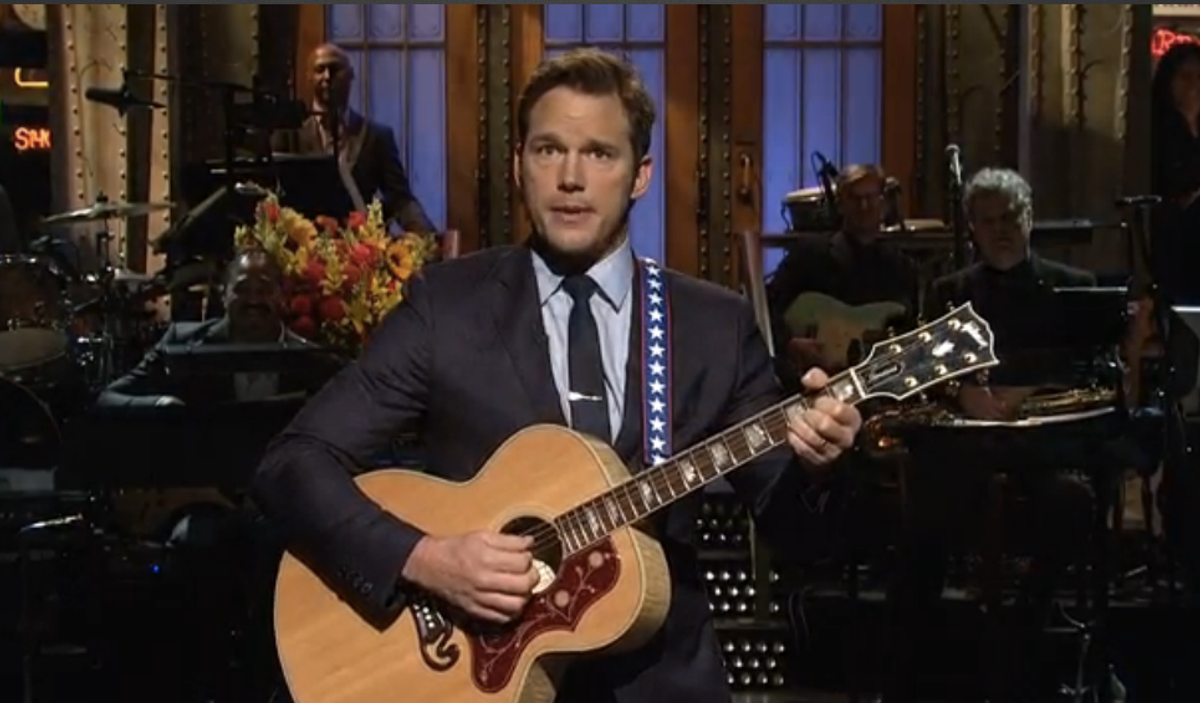 Kate McKinnon's least favorite Guardian of the Galaxy Chris Pratt kicked off the 40th season of "Saturday Night Live" and proved to be as charming, funny and exciting as we'd hoped he'd be.

To McKinnon's delight (we assume, based on the promos), Pratt's abs got some screen time. He navigated awkward sexual situations and even performed an original song. Here are Pratt's top four moments from the night:

The actor seemed genuinely excited (and even a little nervous?) as he performed an original song about himself in lieu of a monologue. At some point, it turned into a serenade to his wife, two-time "SNL" host Anna Faris.

Pratt grounded arguably the best "SNL" parody of the night, a spoof on Marvel's never-ending series of comic book movies. Meet the Bus People, Fancy Ghosts and Some Shopping Carts.

If you have ever been to a bar, flirting with someone while something like "Anaconda" is playing and the whole situation is awkward-- aka if you are a person who goes out, ever -- you will relate to this funny sketch starring Aidy Bryant and Pratt.

Chris Pratt and Taran Killam are two action figures come-to-life and, but to their owner's dismay, they are a lot more interested in women than they are in playing or fighting.