John Oliver has some advice for world leaders: Get on this guy's level! 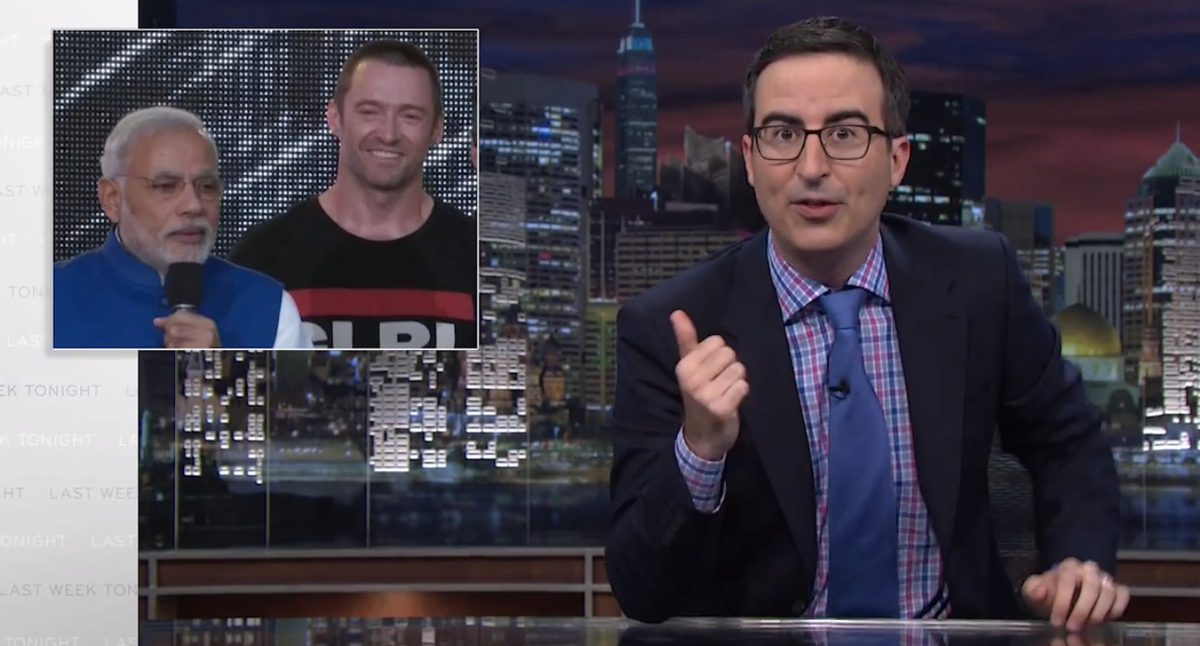 John Oliver is impressed by Indian Prime Minister Narendra Modi, a man who was banned from entering the U.S. until he was elected the leader of a country of more than 1 billion people, because Modi knows how to make an entrance. Over the weekend, Modi held a massive event in New York that included dancing, live art and even Hugh Jackman. His outgoing tribute to attendees was perhaps the best part of it all: "May the force be with you."