Report: White House intruder made it farther into building than previously reported 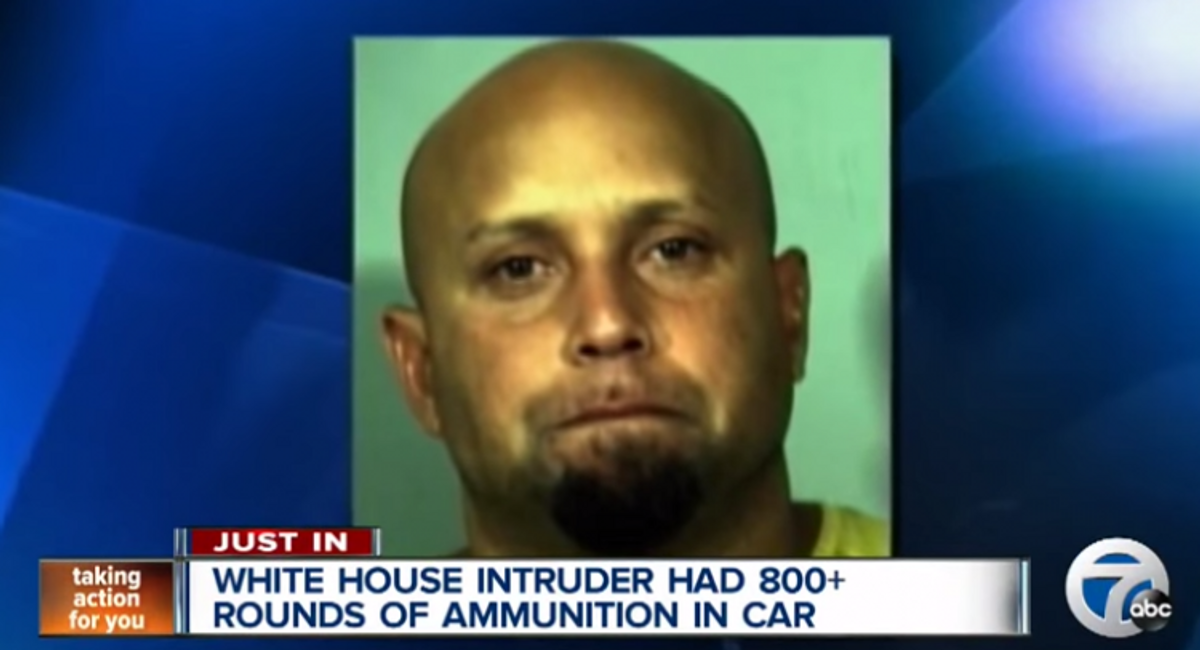 Omar Gonzalez, who jumped the White House fence, successfully evaded Secret Service agents, and made it inside the building, ventured "much farther into the building than previously known," a new Washington Post report states.

Gonzalez, who had more than 800 rounds of ammunition in his car at the time of the Sept. 19 incident, "overpower[ed] one Secret Service officer" and was able to run through much of the main floor of the building, the Post reports.

An anonymous Secret Service officer told the Post that the White House usher's office had previously requested that the alarm box at the front of the building be muted.

"After barrelling past the guard immediately inside the door, Gonzalez, who was carrying a knife, dashed past the stairway leading a half-flight up to the first family’s living quarters. He then ran into the 80-foot-long East Room, an ornate space often used for receptions or presidential addresses," the Post's Carol Leonnig writes.

The Post's harrowing revelations come on the heels of a report this weekend that the Secret Service did not realize until alerted that a window near the Obamas' living room had been shattered in a 2011 shooting while one of the Obamas' daughters and first lady Michelle Obama's mother were at the residence.