These anime novels are being customized for American women, and could give "Fifty Shades" a run for its money 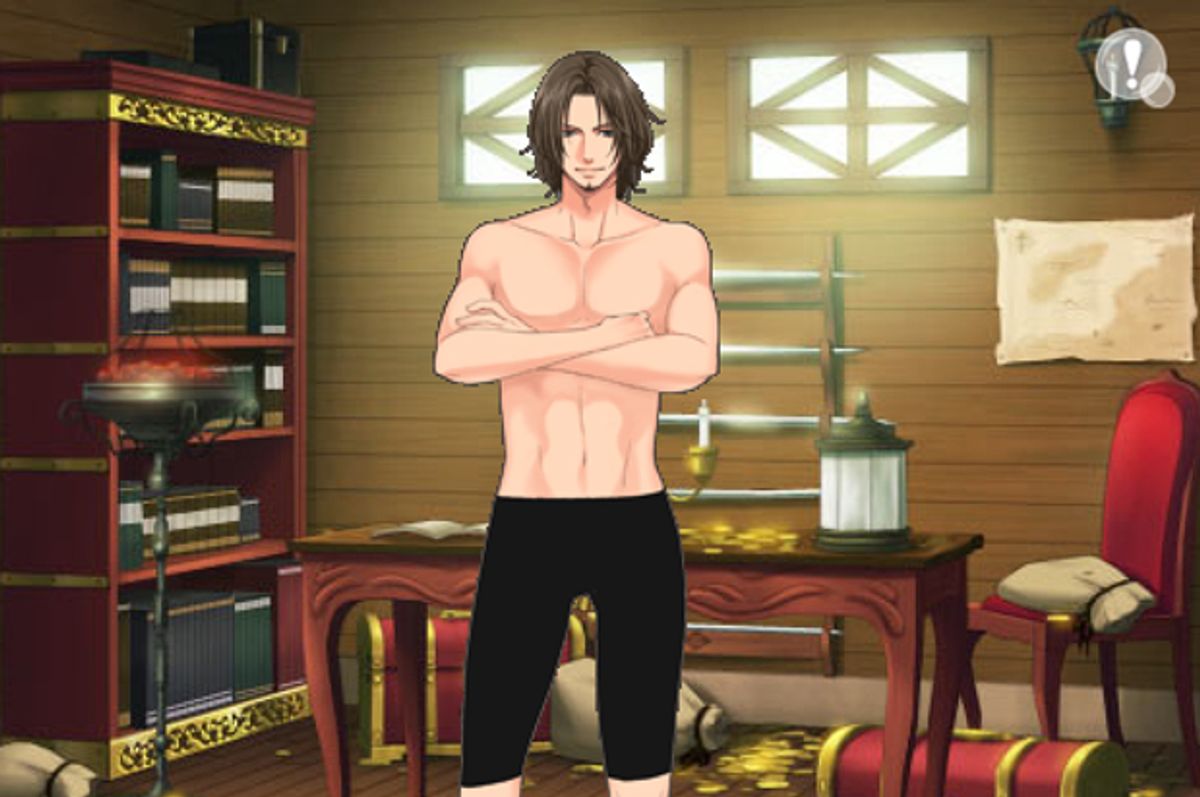 Don't ask how I ended up an accidental stowaway on a pirate ship -- long story. What's important was that I had been threatened with being blindfolded and forced to walk the plank. But after rescue by the dark-haired captain, I was allowed to stay on the ship -- so long as I chose to room with one of the men  -- all strapping, young and decidedly metrosexual, especially for pirates. Would it be Christopher, the kindhearted doctor with a buzz cut? Eduardo, the one with the eyepatch and slicked-back hair? Morgan, the captain with the alluring bed-head and cleave rivaling most women's?

Just as I made my decision -- the captain, obviously -- the game came to a screeching halt. Did I want to buy an expansion for $3.99 so that I might see what happened next? Why yes, yes I did. I clicked "purchase" before I could even register what I was doing.

How, you might ask, did I end up not only playing but paying for extras on the iPhone app "Pirates in Love"? Great question. You see, last week when I read a report on Wired.com about the Japanese explosion of romance video games for women, I knew I had to try some out -- for my job. Strictly professional. Lucky for me, and my sorry handful of Japanese phrases, countless games have been translated into English -- and these companies are even creating games to be marketed specifically to American women. They were a mega-hit in Japan, so why not try to broaden their reach, right? They're known as "otome" games, or "girl" games; sometimes they're called dating simulators, which pretty accurately communicates what these games are all about: flirting, courtship and lots of blushing.

That is how I've found myself in a situation in which I never quite imagined. If my husband read my inbox right now, he might think I was having an affair with some creepy narcissist with a yacht. That's because currently I have open an email with the subject line, "Don't fall for me; you might burn yourself." The body of the email reads: "You sneak onto my ship, and then you sleep sprawled out on my bed. Geez, what a woman! ... Your name is ... Tracy, right? I like it. Since you picked my room, I'm sure you know what you're getting yourself into. I'll take good care of you, baby." He's bossy, patronizing and dark -- basically Christian Grey in anime form. Similarly, the sexual tension escalates ever so slowly through insinuations and very little action -- at one point the Pirate King says, "Go ahead and sit anywhere, including the bed." Good one, bro! (But seriously, good one.)

I tried out nearly a dozen of these games, just, you know, to be thorough. I found that they are only "games" in a very loose sense of the word: They're more like visual erotic novels that you click through with the occasional choose-your-own-adventure element (à la deciding which pirate to bunk with). Another favorite game of mine: "Roommates," which I played on my Mac. I decided to play as Anne, a college coed busting out of a completely voluntary schoolgirl uniform. She moves in with a handful of fellow students and high jinks follow. Notably, there is Max, the spikey-haired guitar-playing bad boy, and Isabella, the busty flirt. It's a pansexual world where everyone flirts with everyone and anyone is a romantic target. Basically, it's the drunkest season of "The Real World" in video game form.

It's also highly attuned to female fantasy, drawing on the tradition of yaoi, or "boy's love," a homoerotic Japanese genre directed at women. At one point, two of Anne's male roommates are forced to kiss as punishment during a drunken card game and she admits, with an exaggerated blush, "I may have thought about boy stuff occasionally." Female players can also go through the game as Max and seduce any of his buff male roommates, who, it should be noted, make a hobby out of slowly walking from the shower to their rooms with a towel cavalierly draped around their waists.

That isn't to say that the genre is enlightened or progressive -- and that's putting it very lightly. I played one game called "My Forged Wedding," in which the female protagonist is bribed by her uncle into marrying a man she doesn't know -- but, naturally, she ends up falling for him. There are also plenty of pretty-princess games involving balls at the royal castle, mysterious princes and overprotective parents. The romantic leads are often patronizing, and in at least one game I played the female protagonist was referred to as a "child" -- which, creepy. But for every retro scenario, there is a more modern one, like "Metro PD," in which a woman joins a team of ace male detectives and both romance and crime-fighting ensue. All of which is to say that the otome genre is a lot like the romance genre at large -- some of it is smart, a lot of it is super-troubling, but many women love it.

Eventually, I told my husband all about the Pirate King, even showing him screen captures of the shirtless, and weirdly nipple-less, outlaw. He exclaimed, "You love it!" "No, no. It's just that it's so ridiculous that it's awesome," I said, like a hipster defending his ironic mustache. He saw right through me. "I guess it makes me feel like a preteen again, in a good way," I admitted.

Later, I realized that there was a bit more to it. I felt like a preteen because that was the last time -- with the possible exception of, say, "Magic Mike" -- that I'd felt like a mainstream product had truly relished in the lustful, delirious objectification of men. I haven't encountered that since I was a teenybopper reading Tiger Beat with all of its glossy Leonardo DiCaprio pinups or watching one of the Backstreet Boys hump the stage in concert. It's no accident that it is once again with a product that is decidedly juvenile, because that, my friends, is how we view female sexuality.