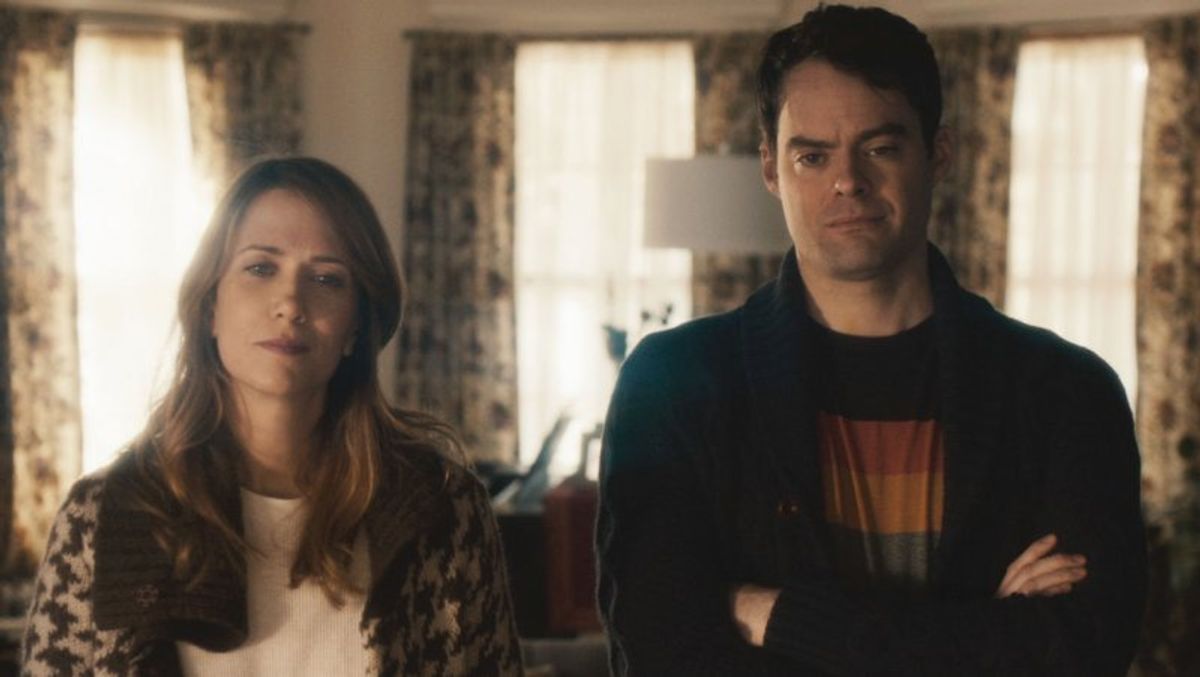 A pretty standard interview between Denver-based entertainment reporter Chris Parente and "The Skeleton Twins" stars Bill Hader and Kristen Wiig turned out to be anything but when Wiig and Hader realized Parente hasn't seen the film.

They figured this out because Parente asked Wiig the most awkward question imaginable: "Do you have advice for going nude?"

After some confusion and silence, Hader laughed and said, "Not this movie!" The three of them then snorted from laughter, sent into an uncontrollable fit of giggles for the remaining minute. It was a far more entertaining interview than anything Parente could have planned.