Portland is where young people go to retire? No, it's where they work hard, but keep a strong work/life balance 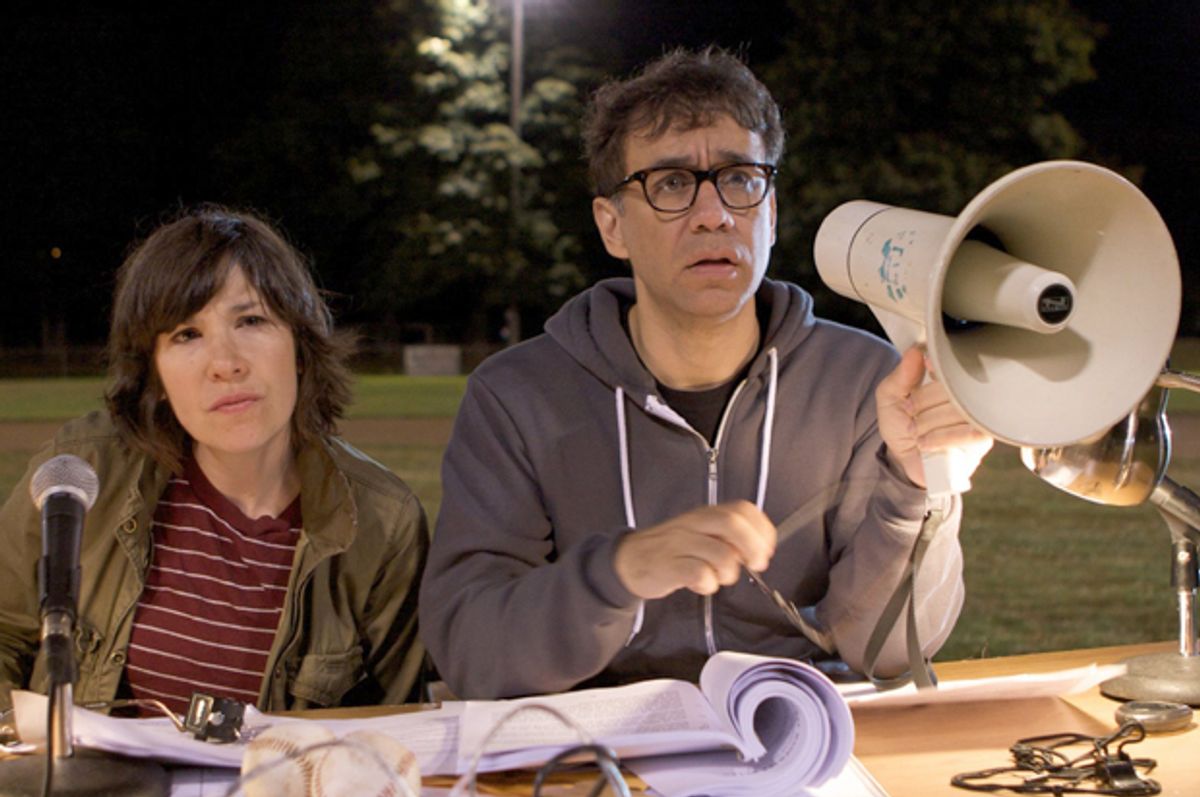 What’s the difference between freelancers and retirees? Nothing, according to Claire Cain Miller, writing last week in the New York Times Magazine. At least not if you live in Portland, Oregon.

My husband and I — both writers, both freelancers — live in Portland, a city where young people come to retire. If you’ve heard anything about Portland, it is likely this "Portlandia" joke, but according to Cain Miller, it’s not a joke at all.

Her article dichotomizes Portland residents: There are the overeducated and underemployed masses, who flock to Portland for the “beer and Birkenstocks,” and who are delaying their real, adult lives. Then there are the professionals who arrived in Portland having been priced out of larger cities like San Francisco and Seattle and who “threaten to remake [Portland’s] slacker image.” With their hard work and earnings come increased housing prices, and the slackers — already underemployed, remember — are being priced out.

It’s hard not to see this divide as one that exists between those with “real” jobs (which is to say 9–5 jobs, with steady paychecks) and freelancers. Indeed the “slacker” profiled in the article is a graphic designer who has been getting by on freelance gigs while looking for a full-time job.

As I read the article, I wondered where my husband and I fit. We moved to Portland from Brooklyn, New York, where we tried to write while also working two to three jobs each to afford a one-bedroom apartment; where we had no means to save money, no hope whatsoever of buying our own home. We worked 14-hour days, six or seven days a week, just like everyone else we knew. We certainly weren’t underemployed then.

We’d heard good things about Portland and so decided to give it a try. That was five years ago. In that time, I have run a tutoring company, taught English at two online universities, and worked as a freelance editor and writer. None of these jobs have been 9–5, and none have come with a steady paycheck, but I’ve been working steadily for all these years. My husband did work in an office for two years while his freelance work was slow, but he is now back to full-time freelancing. Are we counted among the underemployed slackers, or the professionals who migrated to Portland having been priced out of New York?

In the days after the article came out, we received copies of it from two different people. One came in a mail with a note: “Come back to the East Coast!” the implication being that it is obviously getting bad in Portland for people like us. The other came via email with questions about how much we’d really looked into the housing market. Were we sure we could afford it? We clearly weren’t, in the eyes of these friends and family members, the kinds of professionals who were raising housing prices in Portland. We were the ones in danger of being priced out. Given the distinctions set up in the article, I can’t blame them for thinking this. We’re freelancers, after all, and so by definition must be underemployed. Semi-retired.

Mortgage lenders are suspicious of us as well.  We have our down payment, saved over the past year and a half, and earn enough to qualify for a mortgage. We know exactly what we can afford, and where these houses are. But we can’t apply for a loan yet. Not until we file our 2014 taxes. It’s complicated, but the lender who broke it down for us made it plain enough. In 2013 my husband had a salaried position and did some freelance work — freelance work he has been doing for the past 10 years — on the side. In 2014 he quit the salaried job to pursue freelance full-time and is making roughly three times what he used to. Had he left that salaried job for another, we’d have no problem. We’d produce his last two pay stubs and even though it was a new job his work history would demonstrate some indelible quality about him and we’d have our mortgage.

But it doesn’t work like that for freelancers. The invoices we send out every month, the checks we deposit, the estimated taxes we’ve already paid — none of it really means anything until we file our tax return. Freelance money, we’ve come to realize, isn’t like other money. At a time in our economy when a salaried worker can lose his job without warning and then be unemployed for months, if not years, he’s still seen as a safer bet than a freelancer. Our money doesn’t count, and neither do our jobs. This is cultural, I understand, and there are countless ways — from healthcare to the tax code — that our culture is set up to favor salaried workers.

Still, the article in the Times surprised me. In New York freelancers are hustlers, applauded for surviving. If the financiers are New York City’s wallet, then the freelancers — the artists and writers and designers and musicians — are the city’s heart and soul. Perhaps Portland suffers from an excess of heart and soul, then, or perhaps we can only appreciate the grit and determination of freelancers when it is nearly impossible for them to get by. In Portland, it isn’t nearly impossible, and so the work we do is merely a nice way to pass our time until we decide to grow up and get real jobs (in different cities). Freelancers here are hobbyists, slackers. Semi-retired.

This isn’t to say that there aren’t plenty of people in Portland working freelance because they can’t find salaried jobs, or making less than they should be given their educations and experiences. But Cain Miller, who offers no employment rates or average incomes, isn’t really making that point. Portland is noteworthy to the Times not for its jobless rates but because it is, curiously, a city where many people — both salaried and freelance — prioritize their lives above their jobs. It’s a place where such a distinction between life and work is possible, not because of lower housing prices, but because of a collective mentality that has developed over time.

It’s the reason why we moved here, and the reason we stayed. If living here and working freelance means people in New York think we’re semi-retired, so be it. Semi-retired — which is to say working a bit and living a bit — sounds pretty good to me.