Jon Stewart slams the U.S. (and China and India) for rejecting carbon taxes 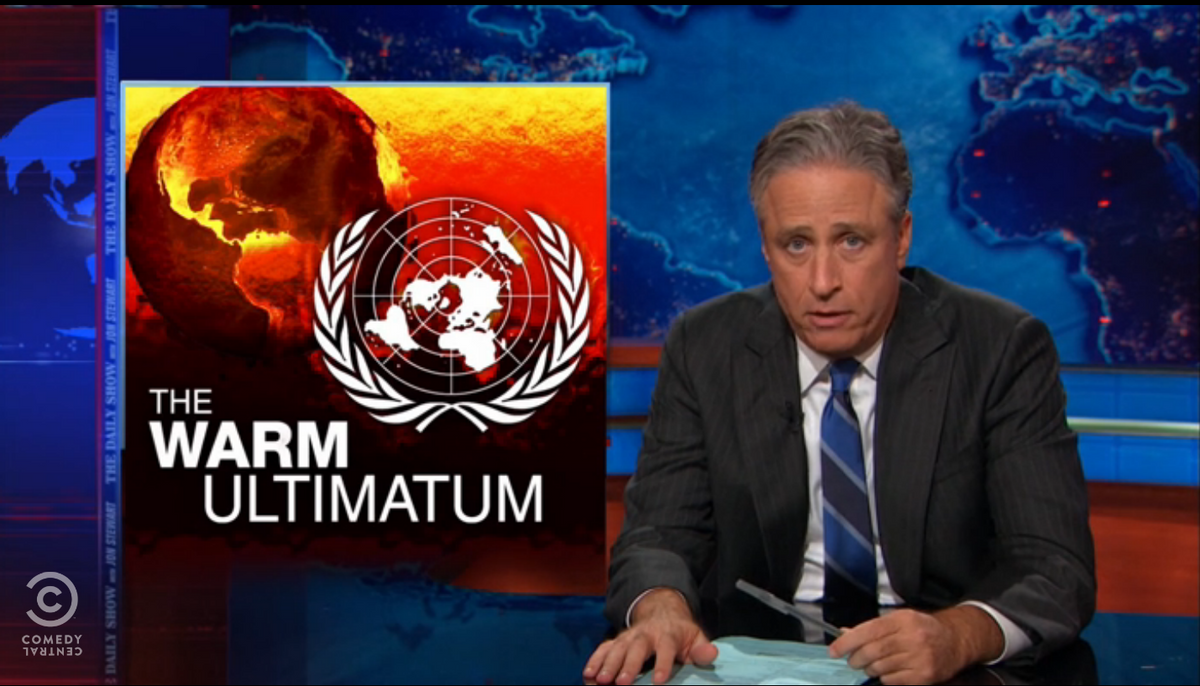 No, Jon, the biggest issue we face this century is not the terrifying enthusiasm of One Direction fans. It is climate change, according to President Barack Obama's speech at the U.N. Climate Summit last week. On Monday evening's edition of "The Daily Show," Jon Stewart took issue with China and India's refusal to attend the summit, especially when they are the first and third-greatest producers of carbon dioxide emissions in the world.

"I'm sure the U.S. is No. 2, but still! At least President Obama was there to do whatever it takes. Like, for instance, everyone is saying we need to have a carbon tax."

After showing a clip saying the United States has chosen to reject that measure, Stewart was less than proud.

"'Rejected' is such a harsh word. How about, 'politely declined to legislatively consider because it might affect us.'"