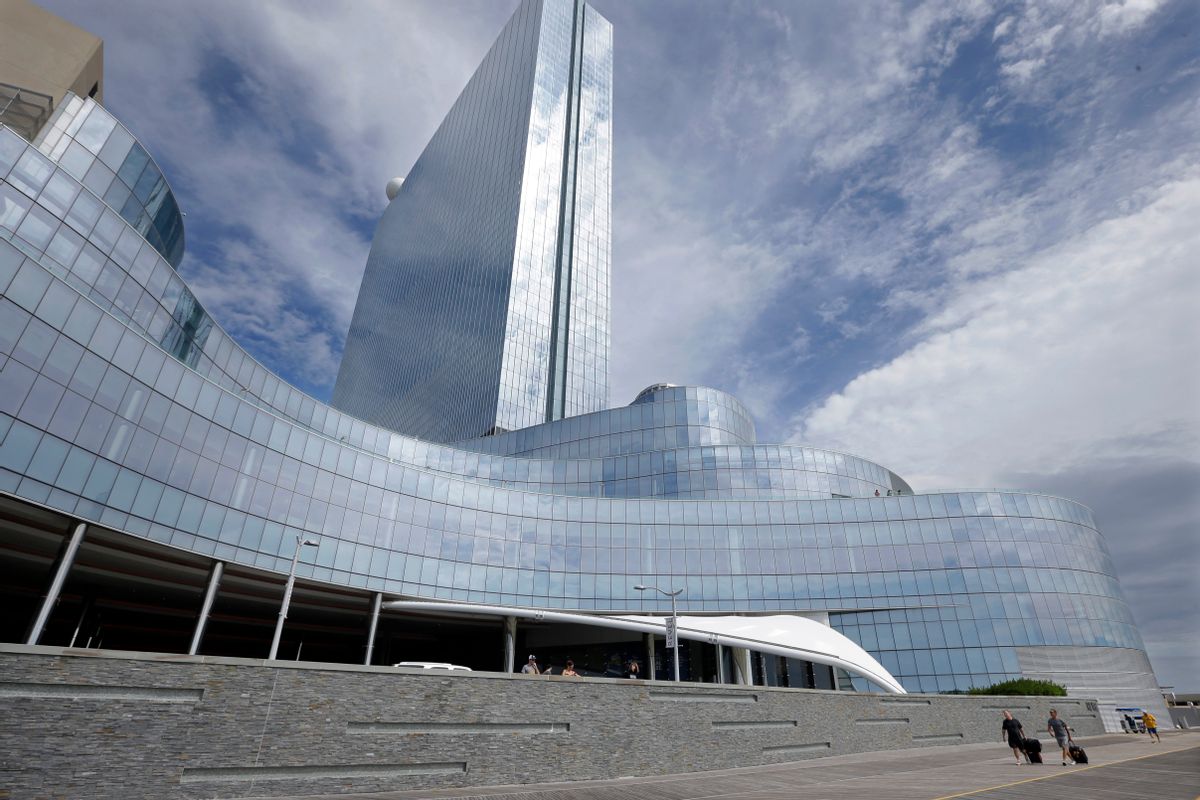 FILE - In this Sept. 1, 2014, file photo, Randy Chapman, left, of California, and John Krisel, of New York, walk on The Boardwalk after they checked out of the closing Revel Casino Hotel in Atlantic City, N.J. A bankruptcy court auction for Revel, the failed luxury casino-hotel on the Atlantic City Boardwalk, will resume on Tuesday, Sept. 30, 2014. (AP Photo/Mel Evans, File) (AP)
--

ATLANTIC CITY, N.J. (AP) — A bankruptcy court auction for Revel, the failed luxury casino-hotel on the Atlantic City Boardwalk, is scheduled to resume.

An auction that began last Wednesday was suspended due to the approach of the Rosh Hashanah holiday. It will continue on Tuesday.

Revel has refused to reveal details of what has transpired so far.

The former casino's management has received multiple bids for the property. The lone bid made public thus far is $90 million from Florida developer Glenn Straub, who envisions a gathering place for "geniuses" tackling a number of problems, with or without a casino.

The casino cost $2.4 billion to build, and had been open for just over two years before going out of business on Sept. 2.