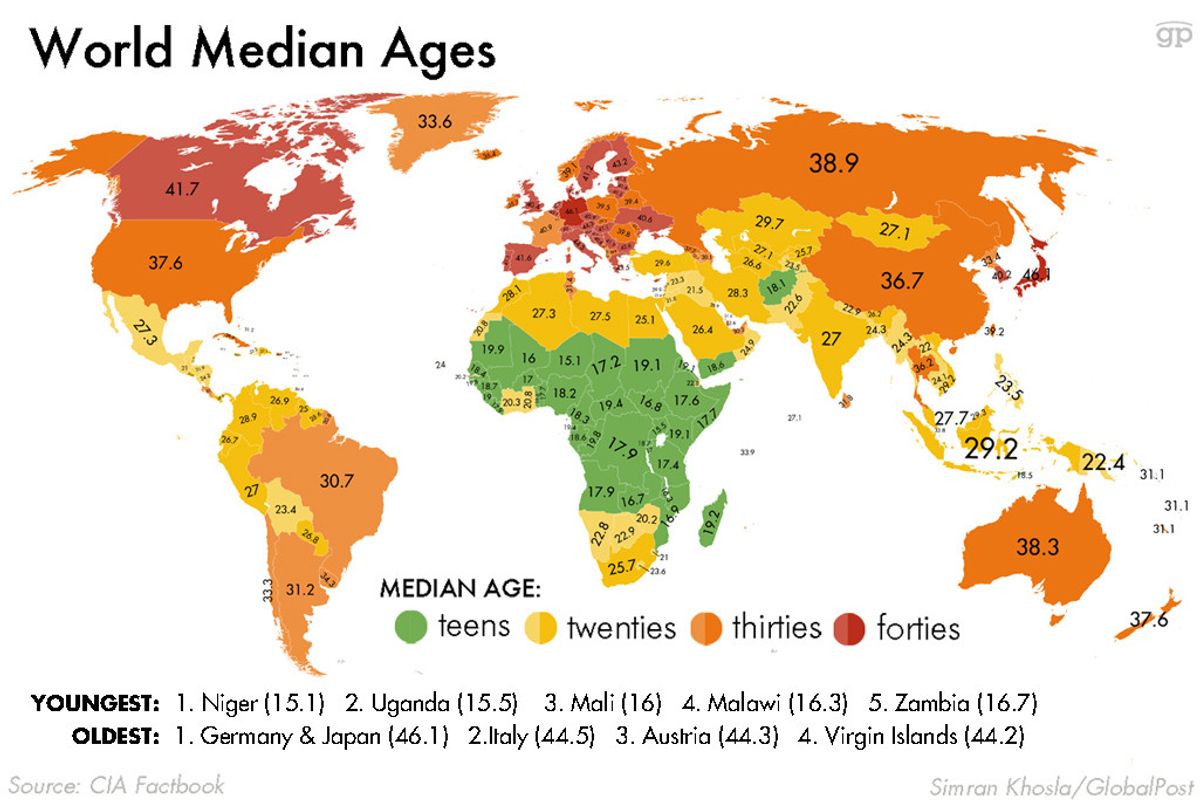 What can the median age of a country tell you about its future?

Turns out, quite a bit. Using data from the CIA Factbook, we’ve created the graphics below to show you the median age of every country in the world.

There are 1.2 billion people between the ages of 15 and 24 in the world today — and that means that many countries have populations younger than ever before.

Some believe that this "youth bulge" helps fuel social unrest — particularly when combined with high levels of youth unemployment. Writing for the Guardian last year, John Podesta, director of the progressive Center for American Progress, warned that youth unemployment is a “global time bomb,” as long as today’s millennials remain “hampered by weak economies, discrimination, and inequality of opportunity.”

The world’s 15 youngest countries are all in Africa. Of the continent’s 200 million young people, about 75 million are unemployed. The world’s youngest country is Niger, with a median age of 15.1, and Uganda comes in at a close second at 15.5.

On the flip side, an aging population presents a different set of problems: Japan and Germany are tied for the world’s oldest countries, with median ages of 46.1. Germany’s declining birth rate might mean that its population will decrease by 19 percent, shrinking to 66 million by 2060. An aging population has a huge economic impact: in Germany, it has meant a labor shortage, leaving jobs unfilled.

What do you think will be the long-term impact of the world's shifting demographics?