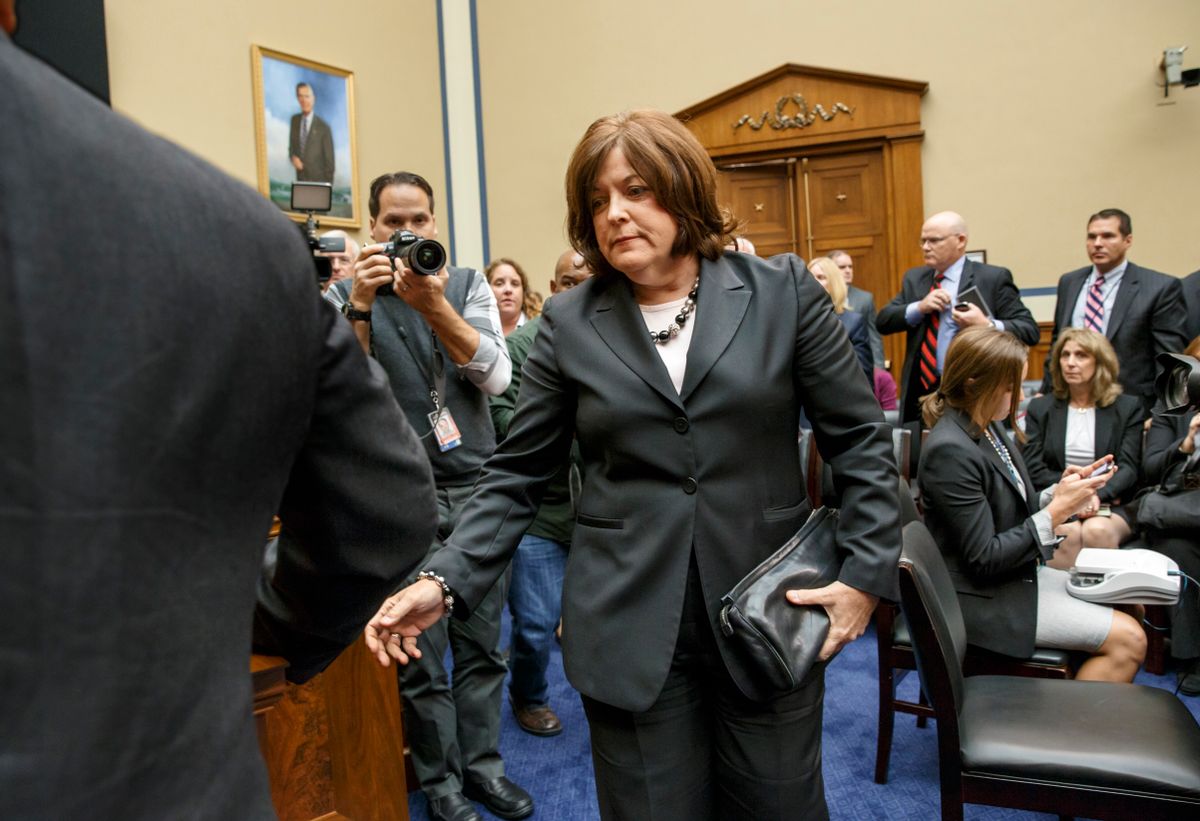 Secret Service Director Julia Pierson leaves the hearing room on Capitol Hill in Washington, Tuesday, Sept. 30, 2014, after she testified before the House Oversight Committee about details surrounding a security breach at the White House when a man climbed over a fence, sprinted across the north lawn and dash deep into the executive mansion before finally being subdued. (AP Photo/J. Scott Applewhite) (AP)
--

1. FIRST CASE OF EBOLA DIAGNOSED IN US

The patient is in isolation at a Dallas hospital after traveling from Liberia to visit family in Texas.

Several of the patient's relatives and a few community members are being monitored for any sign of Ebola, the head of the CDC says.

Earlier this month, Obama reportedly rode an elevator with an armed security contractor who had three criminal convictions — a violation of Secret Service protocols.

No image of Hong Kong's pro-democracy rallies has appeared in state-controlled media.

The Olympic champ apologizes to "everyone I have let down" after he's stopped by police in Baltimore. It's his second DUI.

7. WHY PAYPAL IS SPLITTING FROM EBAY

For one thing, the divorce will give PayPal the freedom to aggressively take on new mobile challenger Apple Pay.

More than 160,000 people have been driven across the frontier as Kurdish militiamen try to fend off an attack on the town of Kobani by Islamic State extremists.

Two breeds — the wirehaired vizsla and the coton de tulear — will compete at the dog show next year for the first time.

Many wonder how Husain Abdullah's sliding to his knees in prayer after scoring a TD on Monday is different from players dropping to one knee in Christian prayer.