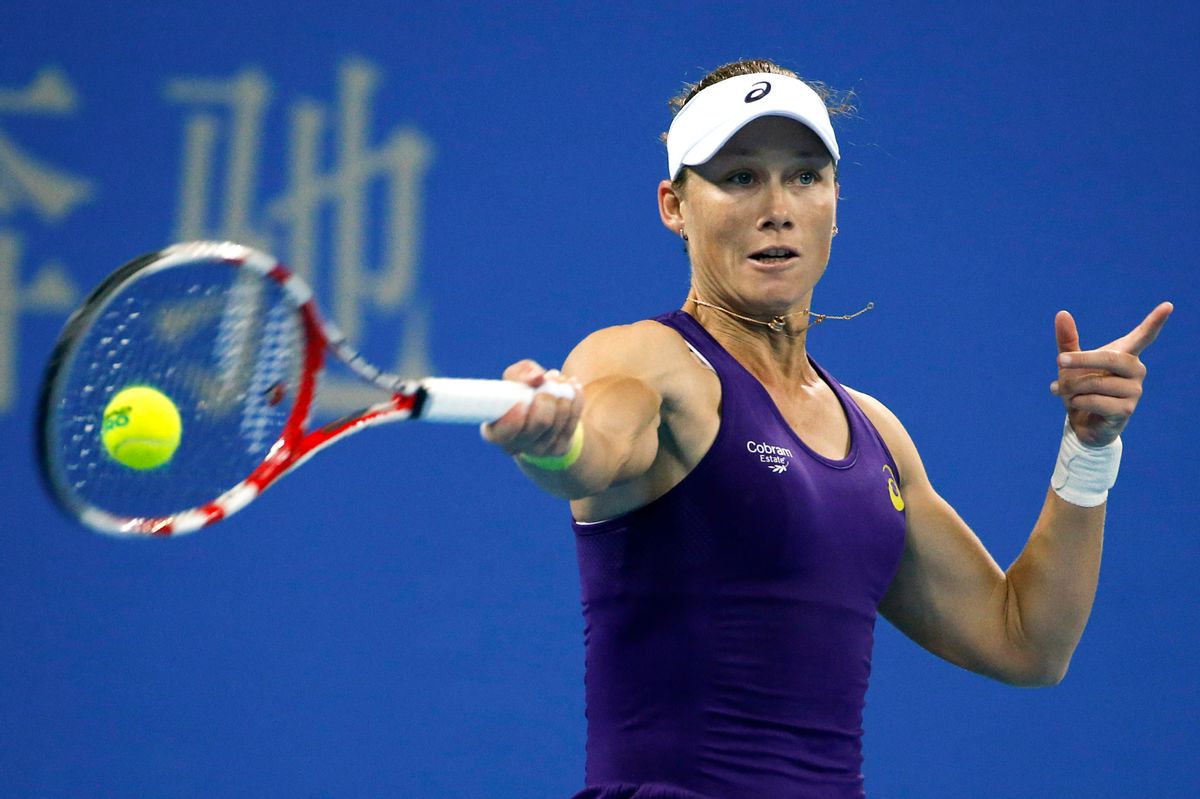 BEIJING (AP) — Novak Djokovic extended his winning streak at the China Open to 21 straight matches, beating Canada's Vasek Pospisil 6-3, 7-5 under the roof on center court on a cold, rainy Wednesday.

The top-ranked Djokovic came back from a break down in the second set and fought off a set point at 4-5 to close out the match in straight sets. He has lost only three sets en route to winning four China Open titles in four years.

Djokovic faces a tough road to pick up a fifth straight title, with a potential quarterfinal against No. 5-seeded Grigor Dimitrov and possible semifinal against U.S. Open champion Marin Cilic or Andy Murray. He could meet No. 2 Rafael Nadal in the final.

Although his wife, Jelena Ristic, is preparing to give birth to their first child in about a month, Djokovic said he remains focused on his goal of finishing No. 1 for the third time in the last four years.

He has a healthy lead over Nadal and No. 3 Roger Federer in the rankings, but he's still planning to play a full tournament schedule as the season winds down, including the ATP Tour Finals in London in November.

"It's definitely always the highest priority out there with winning Grand Slams," Djokovic said. "That gives me plenty of motivation. It would mean, of course, a lot to me. That's why I'm out here in Beijing and (next week in) Shanghai, competing and trying to get that year-end No. 1."

In women's play, Petra Kvitova defeated Peng Shuai of China 6-4, 6-2 to set up a third-round match with Venus Williams in a reprise of their three-set encounter at Wimbledon.

Williams advanced on Tuesday with a win over France's Caroline Garcia.

In June, Kvitova was two points from defeat in a third-round Wimbledon match against Williams, but came back to prevail 5-7, 7-6 (2), 7-5 and ride that momentum all the way to her second title at the All England Club.

"Every match (I have) played with Venus was a really great fight until the end," Kvitova said. "It's the third round in the tournament. It's very early to meet each other again, same as Wimbledon."

Kvitova leads their head-to-head series 4-1, but each match has gone three sets. Both players are on a roll, with Kvitova coming off a title at the Wuhan Open last week that qualified her for the WTA Finals in Singapore, and Williams reaching two finals in Canada this summer.

"I feel well on the court," Kvitova said. "My confidence is a little bit higher than after the U.S. Open."

French Open champion Maria Sharapova was the first player into the quarterfinals with a 6-1, 7-6 (3) win over Carla Suarez Navarro of Spain.

The fourth seed was broken while serving for the match at 5-4 in the second set, but recovered to take the last five points of the tiebreaker and match.

Wozniacki, who is having a resurgent season and had won 25 of her last 31 matches, wasted five set points and double-faulted three times in the second-set tiebreaker, including on match point.