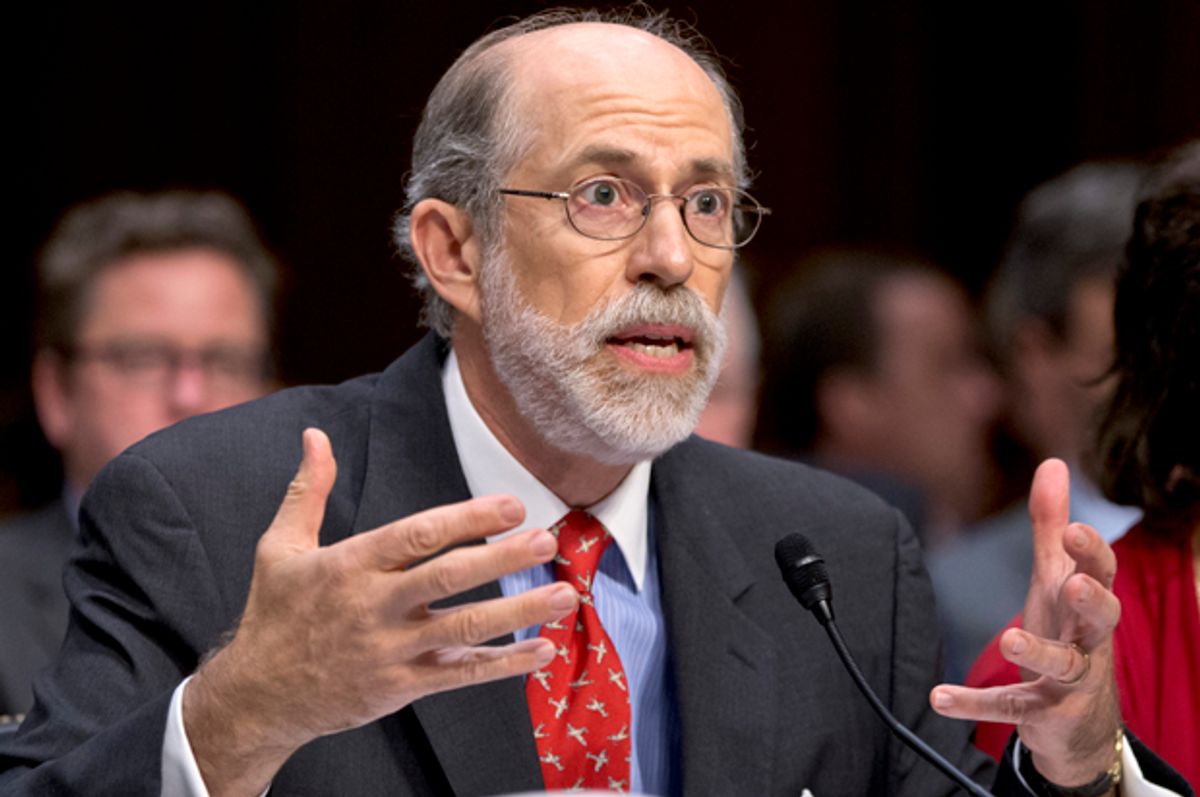 Frank Gaffney has emerged as one of the DC-beltway’s most outspoken critics of American Muslims, purveying conspiracy theories about the infiltration of the Muslim Brotherhood into the highest levels of the U.S. government and birther accusations about Barack Obama’s eligibility to serve as president. But even while drawing criticism from civil rights organizations, Gaffney, who served as acting Assistant Secretary of Defense in 1987, has continued to find sources of funding for his organization, the Center for Security Policy, managing a budget of over $3.5 million in 2013.

Salon acquired a copy of the Center for Security Policy’s donor rolls, listing the organization’s biggest donors. And while far from providing the lion’s share of funding, six of the U.S.’ biggest aerospace and defense contractors are supporters of Gaffney’s organization.

A number of institutional donors with a history of supporting Islamophobia, including the Lynde & Harry Bradley Foundation and the Sarah Scaife Foundation, are also contributors, but the aerospace industry’s decision to support Gaffney’s highly controversial work is unusual due to his reputation as a member of the fringe, anti-Muslim far-right.

Gaffney, who serves as president of the Center for Security Policy, emerged as one of the most high-profile propagators of conspiracy theories about Obama’s country of birth and his -- alleged -- agenda to undermine the U.S. government. In a 2008 Washington Times column, titled: “The Jihadist Vote,” Gaffney questioned “whether Mr. Obama is a natural born citizen of the United States, a prerequisite pursuant to the U.S. Constitution” and postulated that "there is evidence he was born in Kenya rather than, as he claims, Hawaii."

And Gaffney’s assertions become even more extreme when he discusses the influence of a subversive Muslim agenda within the U.S. In a 2010 column for Breitbart.com, Gaffney argued that the Missile Defense Agency logo “appears ominously to reflect a morphing of the Islamic crescent and star with the Obama campaign logo” and is part of a “worrying pattern of official U.S. submission to Islam.”

Gaffney has even gone as far as to suggest that a House committee, based on Sen. Joseph McCarthy’s House Committee on Un-American Activities, should be formed to investigate the Muslim Brotherhood’s alleged infiltration of the U.S. government. “So pervasive now is the MB’s [Muslim Brotherhood’s] ‘civilization jihad’ within the U.S. government and civil institutions that a serious, sustained and rigorous investigation of the phenomenon by the legislative branch is in order,” wrote Gaffney in 2011. “To that end, we need to establish a new and improved counterpart to the Cold War-era’s HUAC [House Un-American Activities Committee] and charge it with examining and rooting out anti-American – and anti-constitutional – activities that constitute an even more insidious peril than those pursued by communist Fifth Columnists fifty years ago.”

Since 2011, Gaffney has repeatedly claimed that Huma Abedin – an aide to Hillary Clinton during her tenure as Secretary of State – was a Muslim Brotherhood operative, a charge so outlandish that Sen. John McCain (R-AZ), House Speaker Rep. John Boehner (R-OH) and Sen. Marco Rubio (R-FL) all condemned it. These comments and others led civil rights organizations to denounce Gaffney’s demonization of American Muslims.

Mark Potok, a senior fellow at the Southern Poverty Law Center told Salon, "I cannot imagine why any legitimate business would fund a man like Frank Gaffney. The man is a propagandist and a defamer of perfectly innocent people. It's shocking that any business would give this man money."

And the Anti-Defamation League characterizes the Center for Security Policy as “a neo-conservative think tank that has pioneered the anti-Shariah hysteria by publishing materials regarding the threat of an Islamic takeover of the U.S.”

William Philbin, the Center for Security Policy’s Senior Vice President for Operations told Salon, “these folks gave us money to help our annual awards dinner… It’s not uncommon for folks like that to buy sponsorships or help us defray costs of the awards dinner.” Corporate donors, including representatives from General Dynamics, Northrup Grumman, Lockheed Martin, and Raytheon confirmed their participation, with a GE spokesperson adding that the company “sees diversity and inclusiveness as an essential part of our productivity, innovation and competitive advantage.” (It’s unclear what GE’s comment about diversity is a reference to.) Gordon Johndroe, Vice President of Worldwide Media Relations at Lockheed Martin did make clear to Salon that they had participated in the award dinner but that Lockheed Martin “does not have an ongoing relationship with the Center for Security Policy.”

And Michael Doble, Director of Corporate Public Relations at Raytheon, told Salon, “In 2013, we purchased our final table for the dinner which honored the late Representative Bill Young of Florida, a long-time supporter of our men and women in uniform. We discontinued all other support of CSP in 2012 and have no plans to provide further funding to the organization."

But, unlike the other companies, Boeing spokesperson Gayla Keller acknowledged that “Boeing provided general support to the Center for Security Policy in 2013.”

Boeing did not respond to a question about its support of Gaffney’s organization in years preceding 2013 but, in 2008, The Washington Note’s Steve Clemons noted that Gaffney acknowledged receiving money from Boeing.

At the time, Clemons asked “one of Boeing’s top DC-based officials whether he knew if Frank Gaffney was a consultant or adviser to the firm.” The official responded, “I don’t know – but I can’t possibly believe that that would be the case. That just can’t be true. No way. I’ll check it out right away.” The official didn’t get back to him.