If you are mad about those new GOP ads then you don't understand dumb women! Or maybe you are a dumb woman! 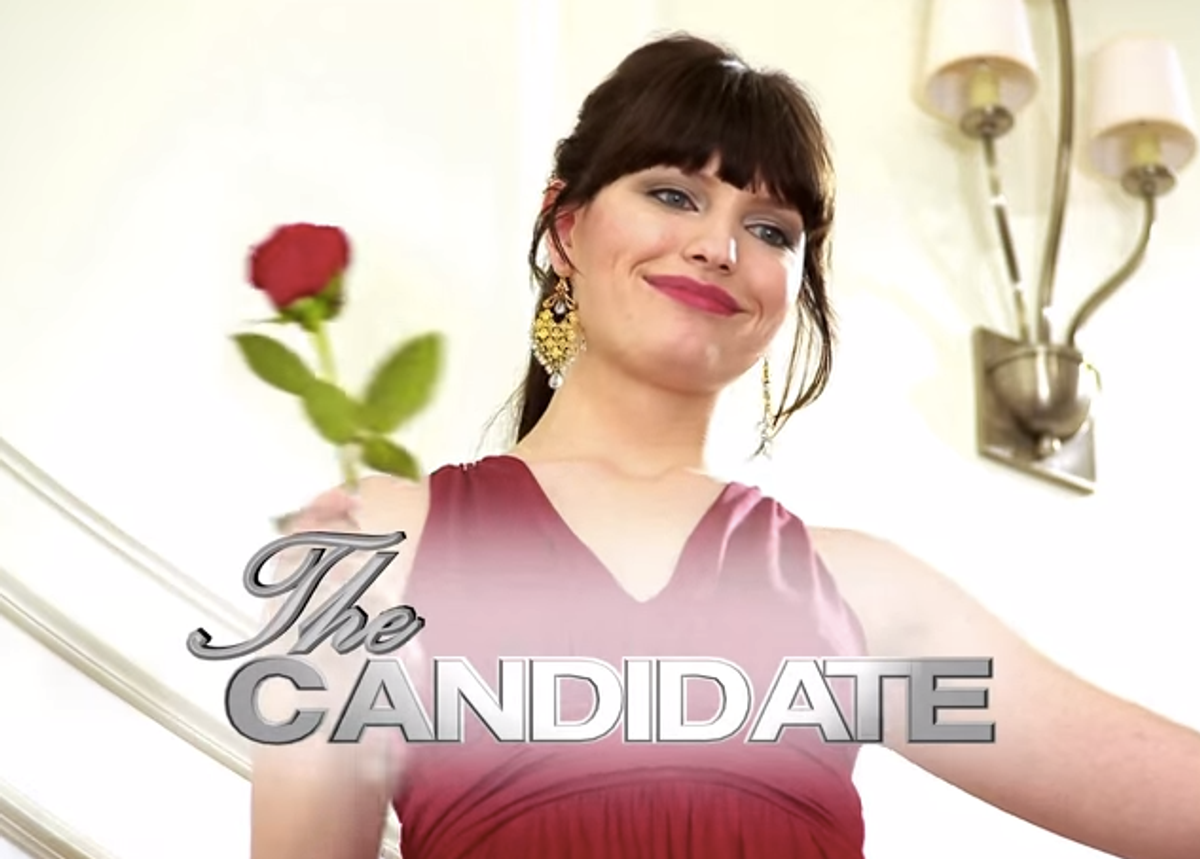 So a lot of people are mad about a series of ads put out by the College Republican National Committee that suggest women can only understand politics when explained in terms of dating and wedding dresses. But I don't see what the uproar is all about, because I happen to agree that women are very dumb. I know this because I am a dumb woman. (Knowing that I am dumb is one of the very few things that I happen know.) These ads speak to me and my worldview.

This is so my life. For example, I was recently escorted out of the C-Town in my neighborhood because I was trying to wear a box of cereal like a wedding dress. It was hard to do because the box of cereal was so small, and I had to empty the contents of the box, open both the top and bottom flaps and wedge my arm inside the box before I could ask myself, "Would I get married in this?" Then, standing with a pile of slightly crushed cereal at my feet, I decided that I would get married in a box of Kashi GoLean but would not get married in a box of Weetabix. (Yellow tends to wash me out.)

It was rude. And now I don't have any cereal.

And then there's this ad, which I guess people are also mad about:

This is so my life. Earlier this week, I was interviewing an author about his book. My questions were really good, but he didn't seem to like them. I asked him, "If your book was going to take me on a date, would it be a helicopter ride or a romantic dinner at home?" He seemed confused, so I tried to reframe the question. I asked, "If your book was a man, would he be clingy or the strong and silent type?"

When I explained to him that I only know how I feel about things when I think of them as men I could date (or dresses I could wear), he excused himself, said something about needing to get to a medical appointment that he had forgotten about.

I have a very short attention span and have mostly forgotten what I was talking about in the first place and am feeling a little hungry and thinking about that cereal again, so I guess I better go. But these ads are great. Like, I would both wear them at my wedding and date them.