"Must be nice to still have that new leader smell!" 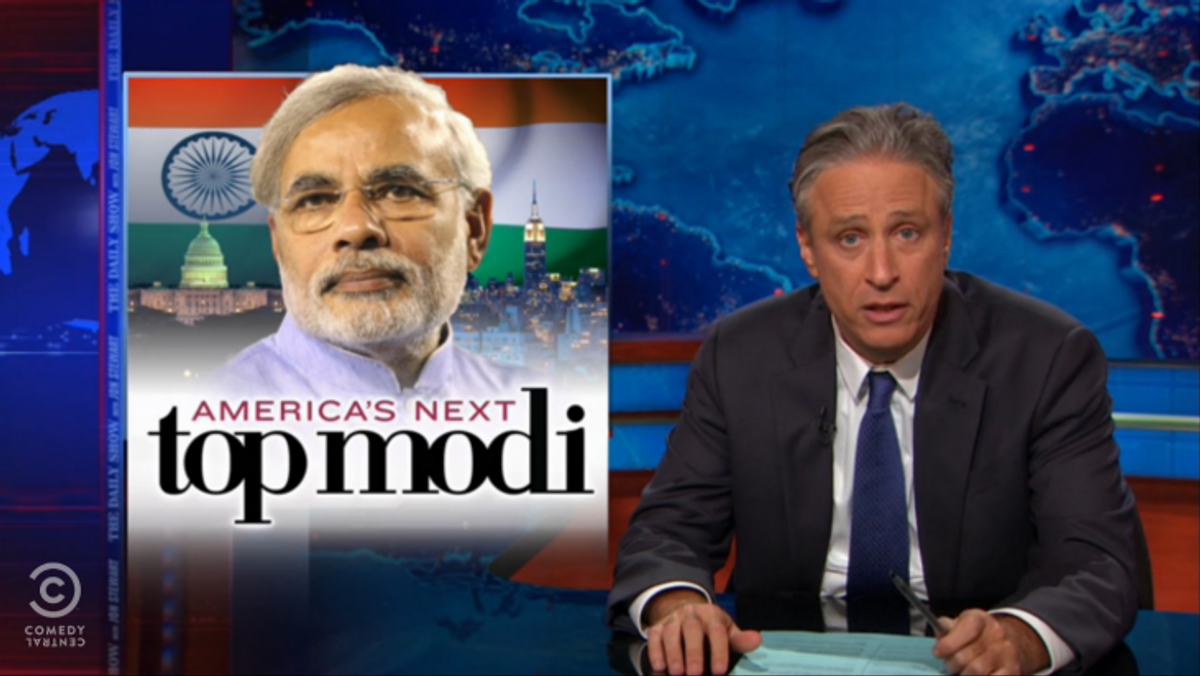 On Tuesday evening's edition of The Daily Show, Jon Stewart turned his attention to the bordering-on-excessive reception given to India's new prime minister Narendra Modi. Yes, 20,000 people showed up to adulate the new PM at Madison Square Garden, but the real surprise was the adulatory response from Republican politicians.

Stewart played a mash up of various senators and congressmen praising Modi's pro-business message, including Rep. Pete Sessions predicting that Modi will become "the next Ronald Reagan for the world."

"The next Ronald Reagan, blessed be thy name. That's a sacred honor usually only reserved for airports and post offices," Stewart said. "Can Modi live up to the name?"

The vast majority of Modi's fans, some reporters argued in the following clips, are the wealthiest 1 percent of Indians.

"He is the new Reagan!" Stewart exclaimed.