How Illinois' governor could stage yet another comeback. Plus: the latest on the contest for the House and Senate 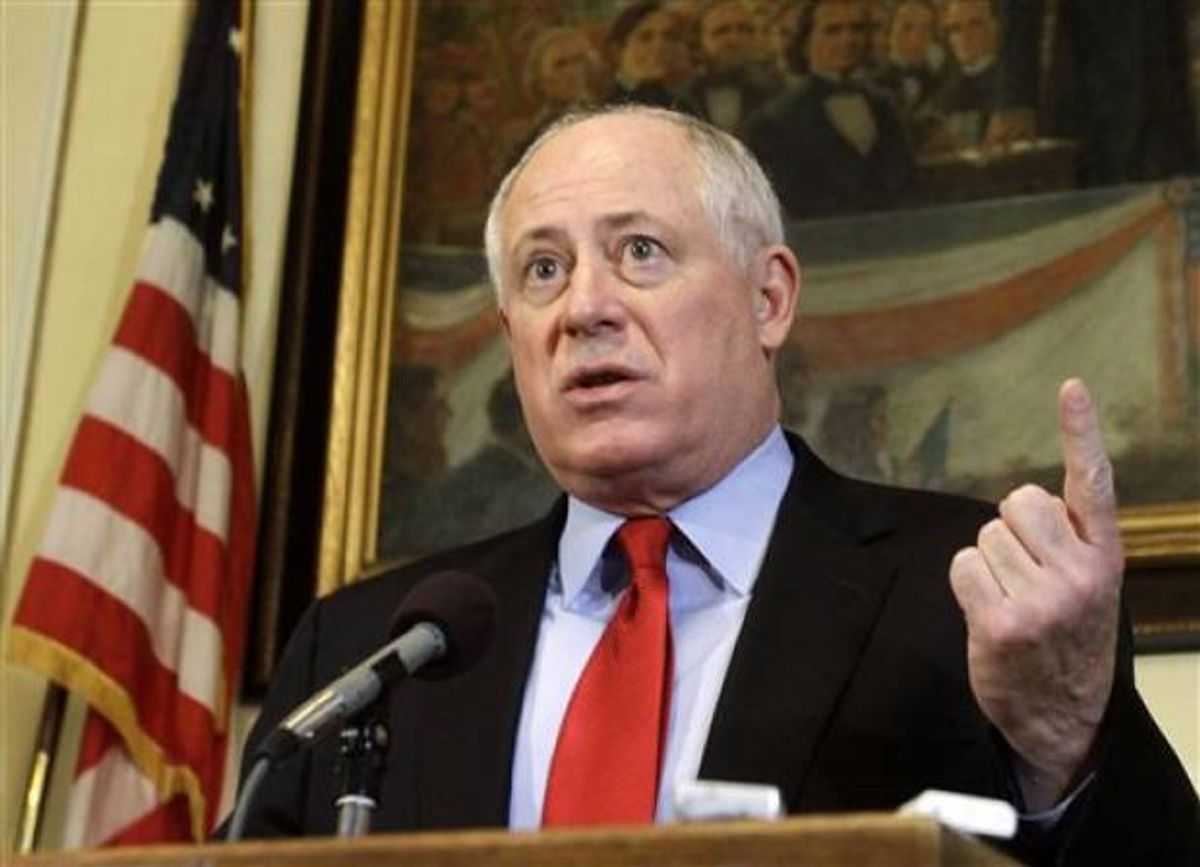 Polling showed he may not even make it past the primary, in which he was set to face off against Bill Daley, scion of a Chicago political dynasty and former chief of staff to President Obama. His 25 percent approval rating matched that of President Richard Nixon right before the 37th president resigned amid the Watergate scandal, and it bestowed on Quinn the dubious distinction of being America’s most unpopular governor. And when the Republicans nominated Bruce Rauner, a billionaire businessman who could easily self-fund a campaign against Quinn, the governor’s prospects started looking increasingly dire. An August poll from the Chicago Sun Times did little to assuage Democratic fears when it found Rauner leading Quinn by 13 points, 51 to 38 percent.

But the man who was once America’s most unpopular governor could soon become its luckiest. After a brief and lethargic campaign, Daley dropped his Democratic primary challenge last September. Quinn’s approval numbers are still nothing to write home about, but they’ve inched up to 36 percent. And Rauner has proven to be a spectacularly Romneyesque candidate; the wealthy investor called for a reduction in the state’s minimum wage, then quickly walked it back, and was revealed to be the member of a wine club that costs $140,000 to join. Alarmed by the prospect of a plutocratic governor, Democrats are falling in line behind Quinn, despite his clashes with key constituencies like members of public employee unions.

A Chicago Tribune poll last month put an exclamation mark on Quinn’s reversal of fortune, showing the incumbent with an 11-point leader over Rauner. Few analysts believed Quinn’s standing was actually that strong, but the poll nonetheless prompted observers to rethink the conventional wisdom that Rauner was all but certain to prevail in November. Shortly thereafter, the same polling company that showed Rauner leading by 13 points in August found the Republican with a mere three-point lead. And on Tuesday, Rasmussen released a poll confirming that the race is a dead heat, with Quinn at 44 percent and Rauner at 42 percent.

If Quinn manages to defy expectations and pull off a come-from-behind victory, it wouldn’t be the first time in his political career that he’s done so. In the GOP wave year of 2010, Quinn trailed GOP nominee Bill Brady the entire election cycle. Of 31 public polls tracked by RealClearPolitics, Brady led in all but three. By Election Day, Brady held an average lead of nearly five points, and Quinn hadn’t led in a poll since Labor Day. But in a stunning feat, Quinn eked out a razor-thin victory, defeating Brady 46.6 to 46.1 percent.

Meanwhile, the Chicago Sun-Times’ Lynn Sweet reported Wednesday that First Lady Michelle Obama has just cut a new radio spot for Quinn, with President Obama scheduled to appear with Quinn at a fundraiser tomorrow and the first lady planning an October 7 rally with Quinn in Chicago.