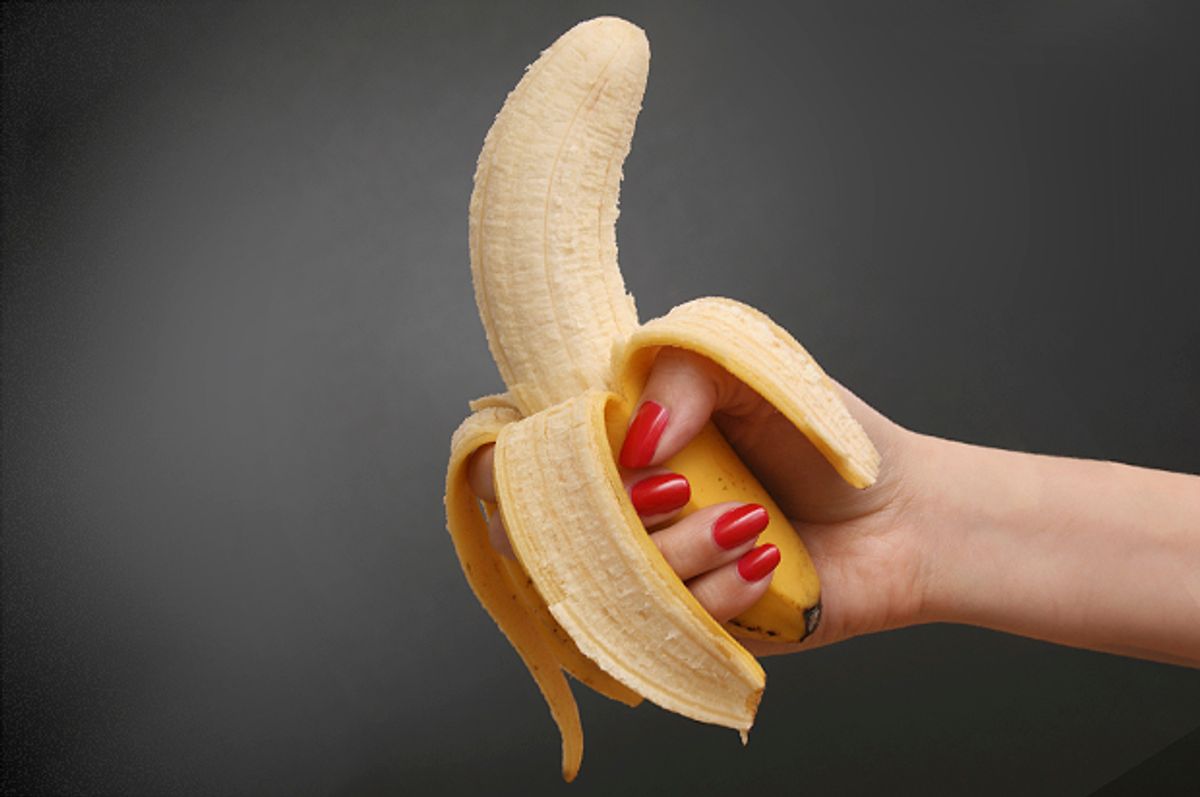 There are discussion threads and entire websites devoted to this genre. The creative minds behind the curious art form work tirelessly to reimagine the male member as a candy cane, a soda can, a very large pencil -- you name it. (I have one sole artistic critique: No one eats a banana like that.) Their creations are posted with remarks like, "She Really Likes Ice Cream" or "Just enjoying a popsicle." Commenters then weigh in with kudos ("this is pure art"), a link to the original NSFW image or video and sometimes harsh critique ("I get the idea but this kinda misses the SFWporn mark").

The overall effect is of making you believe that there might be some innocence left in the world. Although, a funny thing happens after you view enough SFW porn: Everything begins to look like undercover smut. Microphones, ice cream cones and hot dogs start to look real suspicious. Melons and bowling balls leave you thinking, "Pssh, yeah right!" Suddenly you're editing in genitals everywhere you look. Also, be forewarned: Despite the name, these are not exactly safe for work. Sure, you can try telling you boss, "Look, he's just performing the heimlich!" or "Those spherical objects that he's placing on her face are cucumber slices, for a facial!" But I wouldn't recommend it.

Those buff, shirtless men gathered in a circle with their hands at crotch level? They're just performing a marionette show!

I  mean, why else would someone assume such a position?

That was so nice of her to bring those men flowers. Hooray for gender reversals!

7.) Legs spread, hand between her legs

But get your mind out of the gutter! She's only DJ-ing.

She's wearing it to participate in a political protest against censorship.

Looks like his armor blocked a deadly blow to the genitals.

She doesn't quite have a grasp on how to use the pickaxe, but she's certainly show commitment with her two-handed grip.

It's an unusual approach, mending a friend's pants while they're still on, but whatever gets the job done!

1.) Who knew sex was so similar to playing musical instruments?

It is safe to say that this video is the apotheosis of the genre. It deserves a goddam Academy Award.