Sexist dress codes don't just sexualize girls. They tell boys it's okay to be out of control -- and they need to go 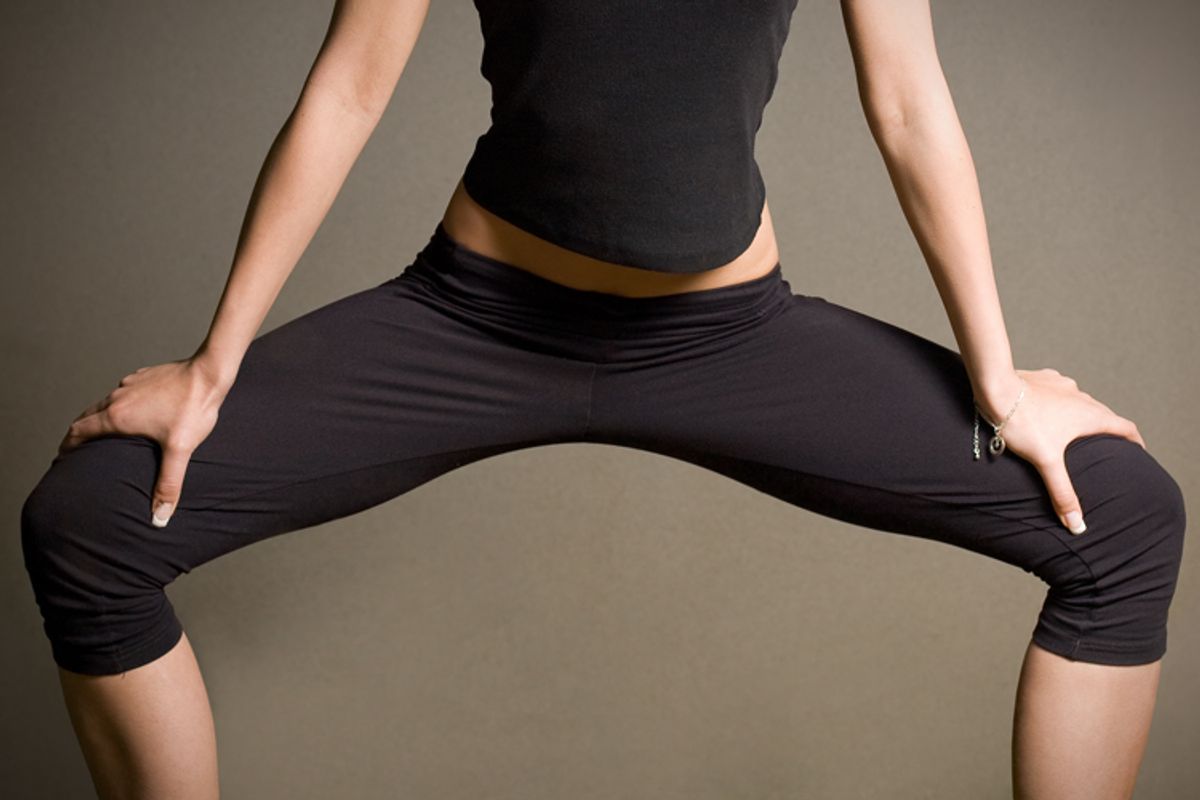 Here is a “secret” about many people who write professionally for the Internet: They write without pants on. If they do wear “pants,” they’re probably the kind with elastic waistbands — leggings, yoga pants, etc. As I write this post, I am wearing a pair of skinny jeans, which are basically glorified lounge pants with a zipper -- but that's only because I came to my office today. If I were on my couch right now, as I usually am, I would probably be wearing a pair of leggings. Or I would be wearing no pants at all.

According to a North Dakota high school, however, skinny jeans, yoga pants and leggings are also “distracting,” and are considered a violation of the school’s dress code. Such attire will also make young women look like sex workers, apparently. Recently, Devils Lake High School began a crackdown on all three types of clothing because, according to school officials, they could cause boys to "focus on something other than schoolwork." The school's assistant principal told Fox affiliate WGHP that in order to explain the dress code stipulation, Devils Lake had female students watch two clips from the film "Pretty Woman" and compared their attire to Julia Roberts'. As you might recall, Roberts plays a prostitute in the movie. As one female student told WGHP, the new rule basically leaves sweatpants as girls' only option.

Devils Lake is just the latest in a slew of schools to enforce a ludicrous, patently sexist dress code that disproportionately targets female students, with the logic that the clothes they wear are “too distracting” to their male counterparts and to their teachers. Last month, 200 students at a Staten Island high school -- 90 percent of them female -- were given detention for dress code violations. Earlier in the month, a Florida girl, who was new to her school and had just moved from Seattle, was forced to wear a "shame suit" that said "DRESS CODE VIOLATION" in massive print on the school-issued neon yellow t-shirt and red sweatpants. In March, hundreds of students showed up at an Evanston, Ill. middle school wearing leggings, to protest the administration's efforts to punish girls for the supposed shortcomings of boys. The list goes on and on, and the targets are always the same. And they are usually wearing clothing that makes them feel like themselves, or that simply makes them feel comfortable. They are usually wearing the clothes that many successful adults wear to work.

Aside from the obvious curtailing of personal expression and potential violation of federal law, these dress codes also reinforce dangerous stereotypes to the detriment of students. Dictating that young women change their appearance because they are “distracting” men inherently objectifies them, and it teaches girls to be ashamed of their bodies. Moreover, it sends the wrong message to boys: It tells them that they cannot control themselves or their desires; what’s worse, it also tells them that their inability to respect others is acceptable. No, not just acceptable — it’s worthy of protection. These dress codes pose women’s bodies as a threat to the innocent young men who might be tempted to, oh, I don’t know, sexually harass or assault them, because that’s what happens when men see female derrieres enveloped in jersey knit cotton. But hey, the girls are asking for it in those yoga pants, right?

What was I saying?

Right: Dress codes are a tool of rape culture. Back to that.

We are underestimating men by telling them they can't control themselves. We are underestimating women by assuming they won't recognize the injustice of perpetual slut-shaming. And we are underestimating the capacity of simple school dress codes to do damage to the students who must abide them. Beyond that, we are repeating the same conversation. This is the same conversation we're having about street harassment. This is the same conversation we’re having about rape on college campuses. This conversation is not at all productive, because it isn't a conversation at all. It is a mandate that women bear the burden of preventing violence against them. It absolves perpetrators of blame and is one of the most direct methods of perpetuating violence over again. Telling a woman that her stretchy pants are too distracting for the classroom is one step away from telling her that her dress was too short at that party -- and that she should've considered wearing something else if she didn't want to be raped.

That these dress codes detrimentally affect women isn't speculative. Ashley Crtalic, a graduate of Skyview High School, which also banned yoga pants, recently penned an op-ed explaining exactly what she learned from her school's dress code -- which was restrictive already before the this fight to wear loungewear began. In an open letter in the Billings Gazette addressed to her high school's officials, Crtalic says uneven dress code standards meant "the burden of the opposite sex's learning was placed squarely on my covered shoulders":

I hope you can understand that you are not protecting your students with this dress code. You are shaming them and teaching the girls that they are dangerous, and the boys that they are weak and must be protected. You couldn’t protect me from the unwanted physical touches or verbal taunts, but you sure as hell could protect those boys from seeing my collarbone.

You are teaching girls that if their pants are too tight, if too much skin is visible above their knees, if their shoulders are bare, they deserve to be punished. And don’t tell me it's not punishment. You are telling them to go home and not come back until they look differently. You are setting the stage for the boys you are teaching to grow up into men who say “she asked for it” because she was dressed provocatively. The logic you are using fits perfectly into that mentality. Girls, cover up to protect everyone. The boys can’t control themselves, and they might hurt themselves or you if you don’t keep it under control for them.

These dress codes are educational, sure -- but they are teaching students exactly the wrong things. There are so many other issues to focus on, and even students recognize this. As Taylor Gilbertson, a Devils Lake student, told one reporter, "They should be focusing more on that and not dumb stuff like yoga pants. We should be able to wear whatever we want."