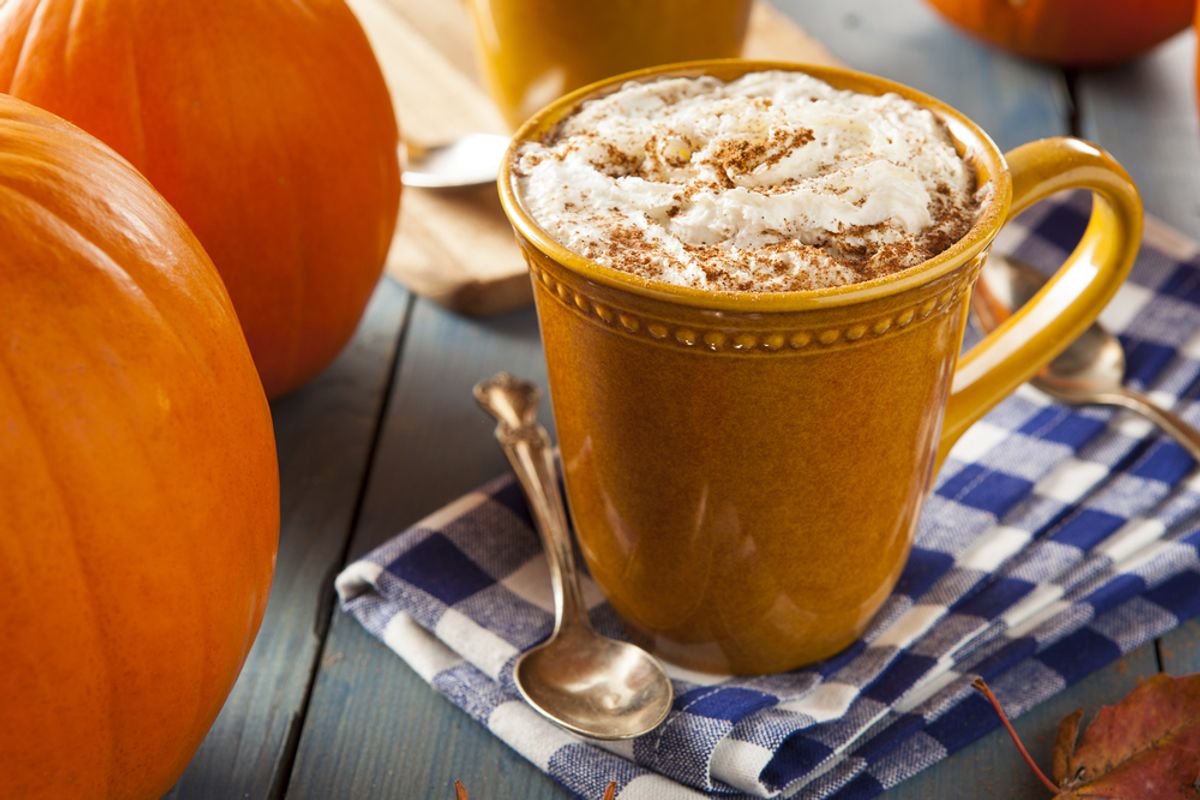 Were pumpkins even a thing before Starbucks came along? I definitely remember visiting pumpkin patches for my Halloween jack-o'-lanterns, but back then, the definitive "taste of fall" was apple: candied, cider-ed, etc.

Not anymore. The Pumpkin Spice Latte and its countless imitators have taken over autumn. And according to CNN money, in the ten years since Starbucks first introduced the seasonal beverage -- and sold 200 million of them -- sales of actual pumpkins have "skyrocketed." According to the USDA, acreage dedicated to growing pumpkins has increased a third in the past decade, while sales have grown 34 percent in the past five years. Virginia, barren of pumpkins just 15 years back, now boasts 4,000 acres of them.

Again, this is sales of real pumpkins we're talking about. It's ironic, of course, because the Pumpkin Spice Latte gets its name from the "pumpkin-inspired flavors and spices of the fall season," per a spokesperson, not from the squash itself. This has annoyed pumpkin purists, who argue the coffee chain has defamed pumpkins' true character, which a columnist at the Wall Street Journal describes as a "mild-tasting vegetable that speaks to the subtle sensibility of autumn." (Although actually, it's a fruit).

But it seems farmers aren't complaining. "It has helped a lot because it gets the name out there, it gets the spice out there," Betsy Stuart, whose family farm doubled its pumpkin sales in the past ten years, told CNN. "It has made real pumpkins more popular." Power to them. Maybe Starbucks can give hemp a boost next.