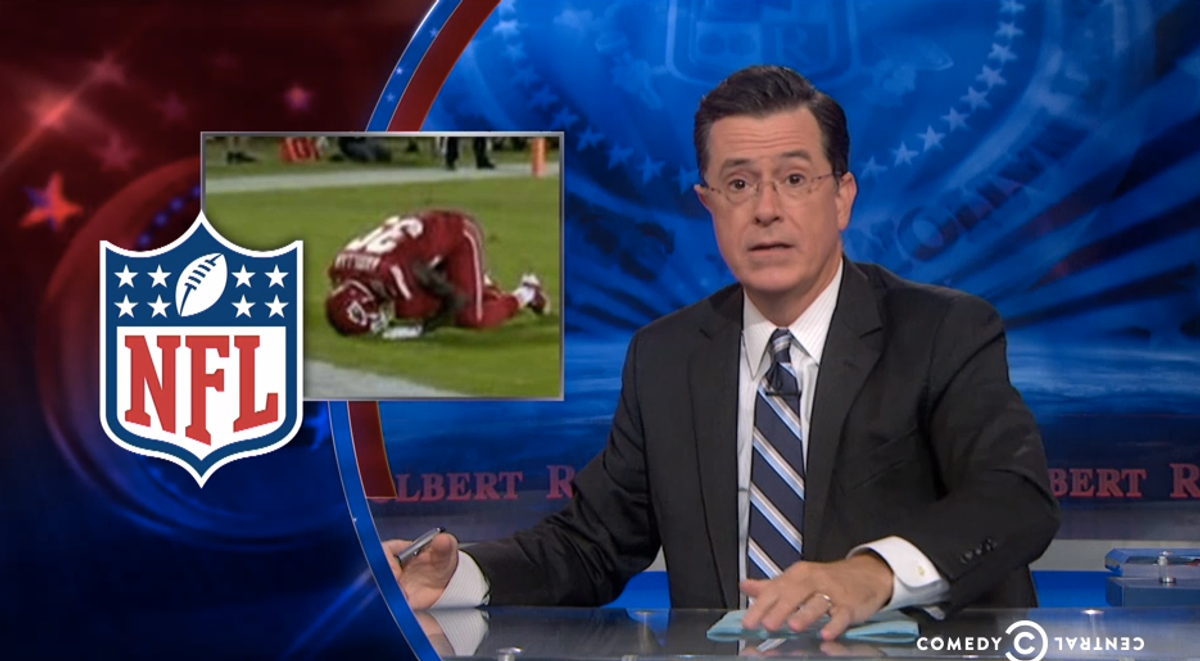 Stephen Colbert's latest target of faux outrage is the display of non-Christian religious beliefs in the NFL. Kansas City Chief player Husain Abdullah was penalized for dropping to his knees and praying during Monday night's game against the New England Patriots because celebrating while on the ground is considered unsportsmanlike conduct. But Abdullah,a devout Muslim, was praying -- a practice with is protected by the NFL. On Tuesday, the NFL removed the penalty noting that the "officiating mechanic in this situation is not to flag a player who goes to the ground as part of religious expression, and as a result, there should have been no penalty on the play."

As the recent Ray Rice assault case has cast a critical gaze on the NFL, Colbert wonders if the observance of religious practices on the field "will completely ruin the game of football." Oh wait -- that job is "already fulfilled by Roger Goodell," he notes.