The Duggars are comparing abortion to the Holocaust again 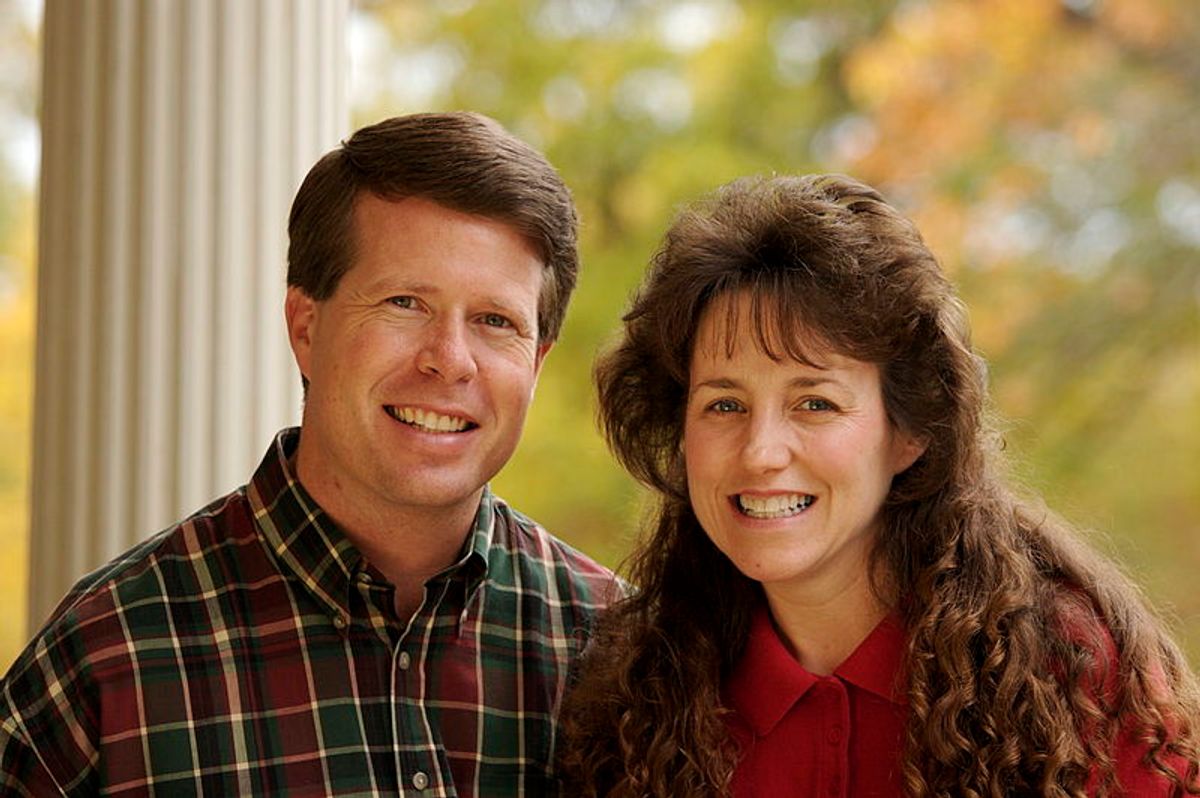 For the second time in a week, a member of the Duggar family has drawn a comparison between abortion and the Holocaust. But of course.

Last week, Jessa Duggar, one of reality TV stars Jim Bob and Michelle's 19 children, conflated the medical procedure with genocide after a visit to the Holocaust Museum. But it seems she might not have drawn the comparison directly from her trip: Michelle agrees with the comparison, and has agreed with the comparison publicly before. On Monday, at a press conference to show support for a Tennessee ballot initiative that would greatly expand lawmakers' ability to restrict abortion, Michelle Duggar once again declared abortion to be a tragedy similar to ethnic cleansing.

"We have the responsibility under almighty God to protect innocent lives that cannot yet speak for themselves," Duggar said, according to the Times Free Press. "If we don't speak up and do something to stop this holocaust, the blood of these little ones will be on our hands."

Duggar, whose family stars on the TLC series "19 Kids & Counting," is a member of the Quiverfull movement, which eschews all forms of birth control and advocates Biblical patriarchy. The eldest of her 19 children, Joshua Duggar, is the executive director of the Family Research Council Action and joined Duggar in supporting the proposed Tennessee amendment, telling reporters that 50 percent of likely voters support greater restrictions on access to reproductive healthcare.

“We are here to educate people on Amendment 1,” he said. “When we ask people how of them are pro-life, an overwhelming 64 percent of voters in Tennessee stand for life. “Our mission is clear. We are going to make this very simple. Tennessee is a pro-life state, and therefore Amendment 1 is an amendment that anyone who is pro-life must support.”

The proposed amendment would reverse a 2000 Tennessee Supreme Court ruling that found several antiabortion laws in violation of citizens' right to privacy. It would also basically eradicate the right to privacy in the state of Tennessee with regard to personal medical decisions made between a woman and her doctor. The proposal reads:

Nothing in this Constitution secures or protects a right to abortion or require the funding of an abortion. The people retain the right through their elected state representatives and state senators to enact, amend, or repeal statutes regarding abortion, including, but not limited to, circumstances of pregnancy resulting from rape or incest or when necessary to save the life of the mother.

The Duggars support legislation like this, and they teach their 19 children to support legislation like this. Not only that, but they encourage them to become activists for it. Parents are entitled to teach and encourage their children to become activists -- that's all fine and good. But what isn't fine and good is giving fundamentalist extremists a television show and pretending that their archaic beliefs are merely quirky or charming. They aren't, and neither is comparing abortion to the Holocaust.