Women respond to sexist category on "Jeopardy!": This is what we really want

First of all, don't reduce us to trite stereotypes 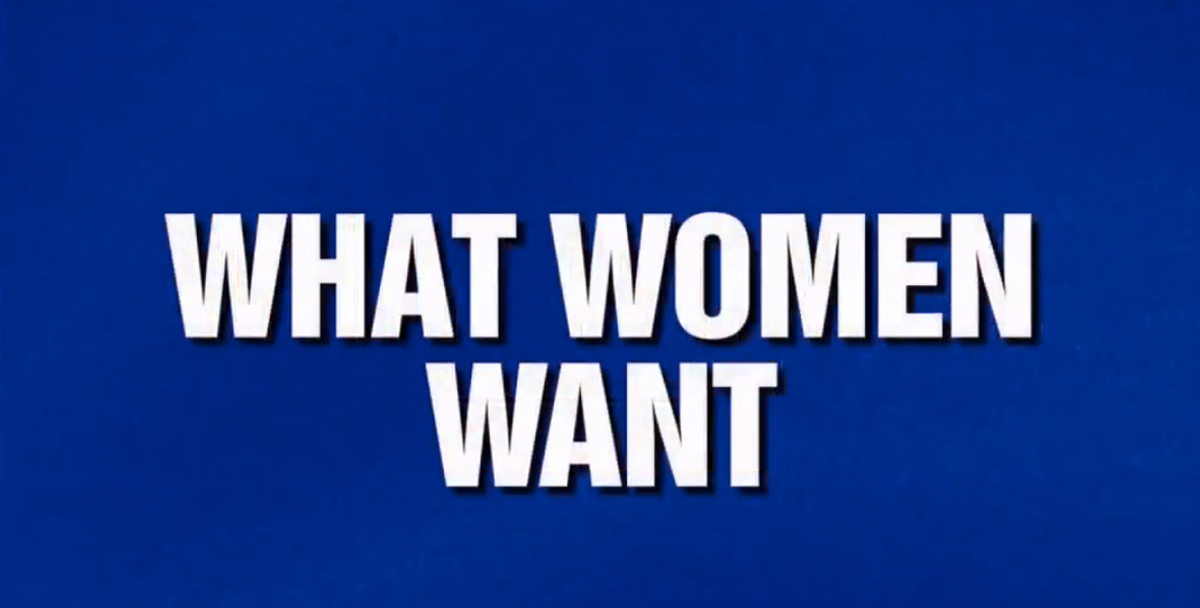 What is sexist and relies on tired stereotypes? That would be Monday night's "Jeopardy!" category "What Women Want." You can watch the episode here:

The category name itself reduces half the population into a very ridiculous "Jeopardy!" category, full of trite stereotypes. Yet, somehow this category slipped through the censors, and it was allowed out of the 1950s and into 2014.

"A pair of jeans that fit well, like the 525s from this brand," was one of the clues. It came came in toe with the answer, "What is Levi's?" Other clues would lead viewers to believe that all women want is to sip tea, attend Pilates classes and to have our husbands help us with the vacuuming. Yep, this happened.

To respond, some of the lovely women of Salon.com have replied with their individual "wants" from fixing large societal problems, to the simple pleasures in life. These are representative of each of us as individual women -- and the lists are hardly complete! We hope you'll share your own. Without further ado, the women of Salon:

Katie McDonough (at this moment)