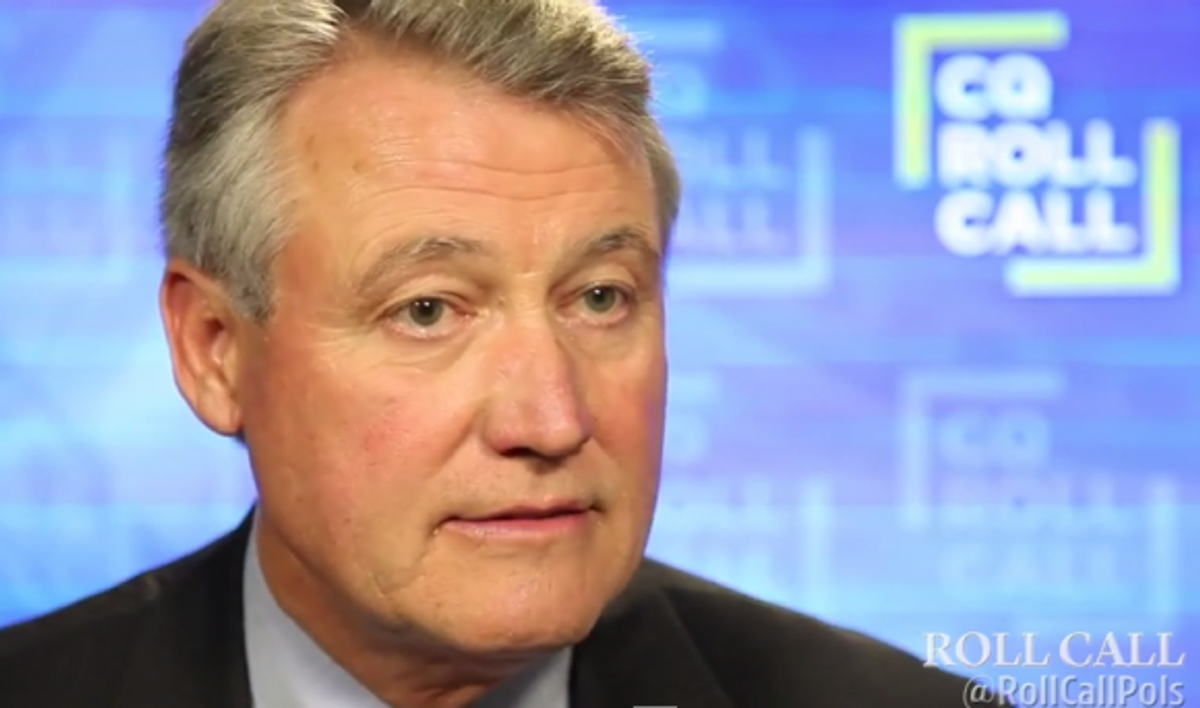 Democratic Rep. John Barrow of Georgia ranks among the most vulnerable House Democrats in this year’s midterms. He faces a challenge from GOP businessman Rick Allen in a conservative district based in Augusta, where the two men clashed in a debate last weekend. The debate took place only after a brouhaha over the location of the debate, with the Allen campaign successfully pushing to have it moved from the “suspect venue” of an Islamic community center.

The Atlanta Journal-Constitution runs down the drama. The debate was originally slated to be held at the Islamic Community Center in Augusta, but Allen’s camp protested, alleging that Barrow and the organizer of the event, Hossad Fadel, were so closely associated that the center was a “suspect venue.” Allen’s campaign succeeded in moving the debate to a “smaller government venue,” the Journal Constitution reports.

Barrow had supported allowing the community center to host the event, which triggered a statement from Allen’s campaign blasting Barrow for “standing shoulder to shoulder” with Fadel, “a Muslim cleric.” Fadel is actually a retired physician.

Allen isn’t the only incendiary conservative seeking election to Congress from Georgia this year. In Georgia’s safely Republican 10th district, the GOP nominated right-wing Baptist minister Jody Hice, who has suggested Islam is not a religion, “and, as such, does not deserve First Amendment protection.” As the Daily Beast’s Dean Obeidallah documents, Hice has also stated that women must first seek their husbands’ permission before running for public office, claimed that gay people have plans to “sodomize your sons,” and blamed the Sandy Hook Elementary School shooting on the lack of public school prayer in America.

The growing ranks of candidates in the mold of Allen and Hice indicate that for all the extremism of the current crop of House Republicans, Congress could soon get even worse.