America's sex abuse surprise: Why our search for "monsters" is blinding us

A nation guarding only against "evil" men is missing the ghastly -- ordinary -- face of sexual violence. Here's how 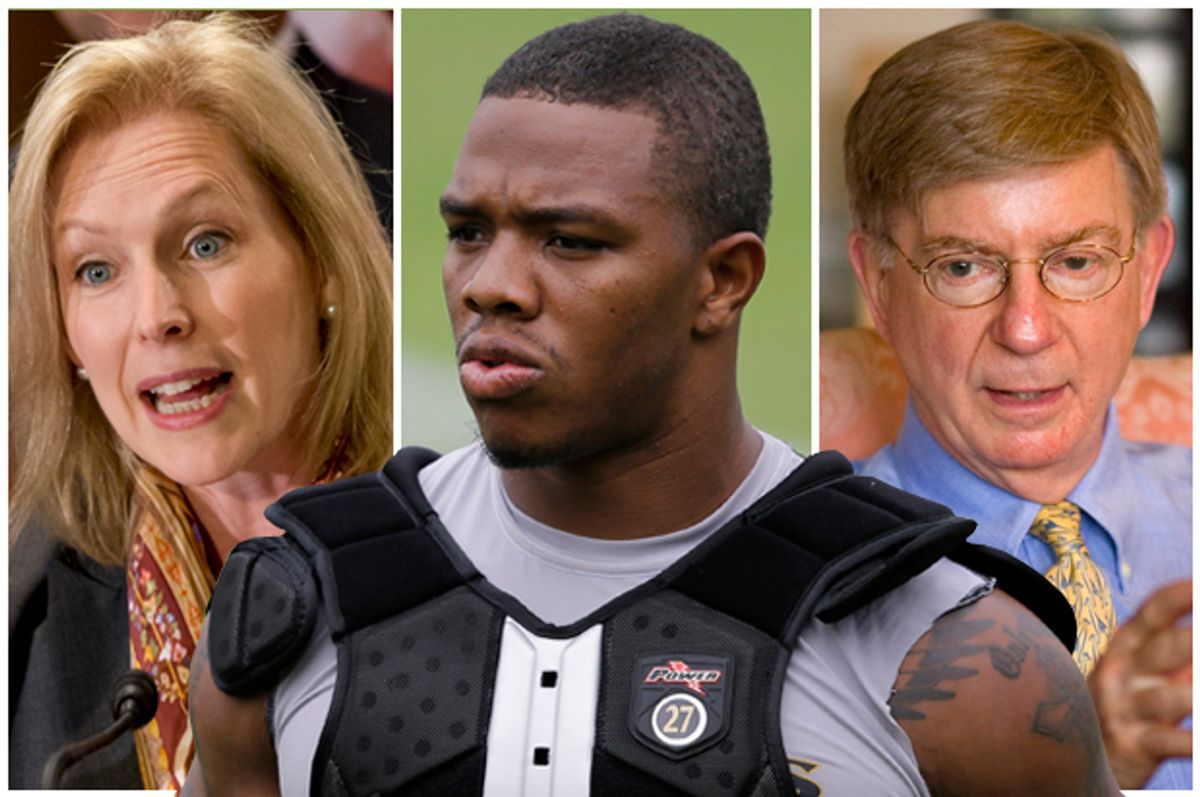 Read enough writing that blames women for the violence they experience, and the pieces will all start to blend together. Was it George Will or Caitlin Flanagan who argued that most sexual assault on college campuses can be chalked up to the “ambiguities of the hookup culture”? Was it USA Today’s editorial board or that MIT fraternity president who said drunk women are a “threat” to young men and fraternities? It gets hazy, feels exhausting trying to keep the names and excuses straight.

I’ve written a lot about how dangerous it is to blame alcohol for rape instead of holding rapists to account because victim-blaming editorials are published with some regularity. But I’ve spent less time -- or had less success articulating my thoughts -- on this other point, the thing about “ambiguities.” Probably because it’s a harder point to make in a mainstream, largely conservative conversation that seems allergic to any analysis of power and history. And maybe because, like so many other women writers, it’s an issue I’ve dealt with in my own life. It can be a challenge to write with clarity on a pain point.

But the stories collected in this piece from Gawker’s Allie Jones about an editor in Brooklyn’s “alt literature” scene who is alleged to have assaulted multiple women, get at something profoundly terrifying about the realities of rape. The parts that often get erased in so much of how we talk about sexual violence.

This is how a writer named Sophia Katz recounted her experience:

He got on top of me. I began to relinquish control.

"Wait, aren't you going to use a condom?" I asked.

"Yes but it doesn't matter. Please. Come on."

"Its fine Sophie, come on, we don't need one. I hate condoms."

I realized there was no way for me to win.

I feel very bad about what happened between Sophia Katz and me, and I want to apologize to her though I don't expect it to make it any better. I had very poor judgement, I didn't make the right choices, and I have hurt another person and negatively affected others, and for that I feel awful. I would never intentionally have nonconsensual sex with anyone. […]

During the experience, I did not think that was what was happening, because consent seemed to have been given. I clearly gravely misread the situation and Sophia's actions, words, and silence.

This man “did not think” he was a serial predator. He believed “consent seemed to have been given,” despite an account from Katz that features every iteration of “no” that a person could muster.

This warped self-perception isn't unique. “Most of these men have an image or a myth about rape, that it’s some guy in a ski mask wielding a knife,” David Lisak, the psychologist behind a 2002 study on so-called undetected rapists, recently told NPR News.

Lisak surveyed around 1,800 men about their sexual histories, asking questions like, ”Have you ever had sex with an adult when they didn’t want to because you used physical force?” Around 6 percent of the men surveyed had raped women they knew, and two-thirds of those men had committed, on average, six rapes. But, Lisak noted, “They don’t wear ski masks, they don’t wield knives, so they don’t see themselves as rapists.”

This is the kind of sexual assault that we don’t talk about. The kind that simply doesn’t exist for the Wills and the Flanagans. There are no weapons. No violent struggle. No explicit threats. But it's rape. Though it seems that there’s no room in our current narratives, at least among the people who are shouting the loudest, to condemn rape that looks like this, because that means answering the question of what is to be done about all of these men -- the ones we know, the ones who we don't think look like "classic" rapists. Or "classic" domestic abusers. And then there are the men who do not do these things but look on and say nothing while this violence unfolds around them. What are we to do about all of these men, who seem to be everywhere?

The data we have on sexual assault reveals a picture that’s ugly and uncomfortable to sit with, that most victims know their rapists. That the stranger in the empty and dark parking lot is more myth than reality. The same could be said about incidents of domestic violence. That the manipulation and coercion starts subtle, that the violence is insidious and rarely a nonstop torrent of brutal rage. But this shadow man brings some strange measure of comfort. Because he’s a monster. When we look around, into the faces of the men we know, we don’t see monsters.

Which is why I find Camille Paglia’s recent exhortation that women must understand “evil” and the “constant nearness of savage nature” to be such a profound intellectual cop-out.

It’s not scary to contemplate Paglia’s biological fatalism, this idea that men are hardwired for violence. What’s actually frightening is grappling with the very human problem of assault and its very human context. What’s actually frightening is understanding that centuries of violence -- perpetuated through systems and institutions and reinscribed on each new generation -- can look a lot like nature. What's actually frightening is the knowledge that we are monsters of our own making. That we raise boys to see sex as something that can be taken, should be taken. That the silences and “ambiguities” that populate so many sexual experiences are often weaponized by men who know they can act with impunity and go on to claim ignorance.

The ability to claim ignorance serves violence well. Ray Rice knocked his partner out cold in an Atlantic City casino and was later heralded as a good guy. When a video revealed the extent of Rice's brutality -- which was no mystery -- his coaches and executives in the NFL lined up to say that they didn't get it right -- they just didn't know enough. And what they did know was that Rice was a good man. And good men don't hit women. They just didn't know.

When Kirsten Gillibrand wrote about being sexually harassed after the birth of her second child, politicians and journalists doubted her credibility because she hadn't named names -- and they, personally, had never seen such a thing. They just didn't know.

The sickness is deep. Confronting just how deep is the hard part. Figuring out how to break these cycles and unlearn legacies of violence is the hard part. Putting what we know aside and calling exploitation instinct? Laying blame at the feet of a woman who drank too much? Asking what a woman did to "provoke" her parter into knocking her unconscious? That’s easy, a coward's move.

I’d wager Katz’s account of her assault struck many other women as sickeningly familiar. The times that just going along with some man’s advances felt less frightening than making it “a thing.” I don’t always have names for those experiences in my own life. The moments when I knew I was on the losing side of a negotiation that was much bigger than me. That, like Katz, there was no way for me to win. I'm never quite sure what to call them, they just populate my history like little scars.