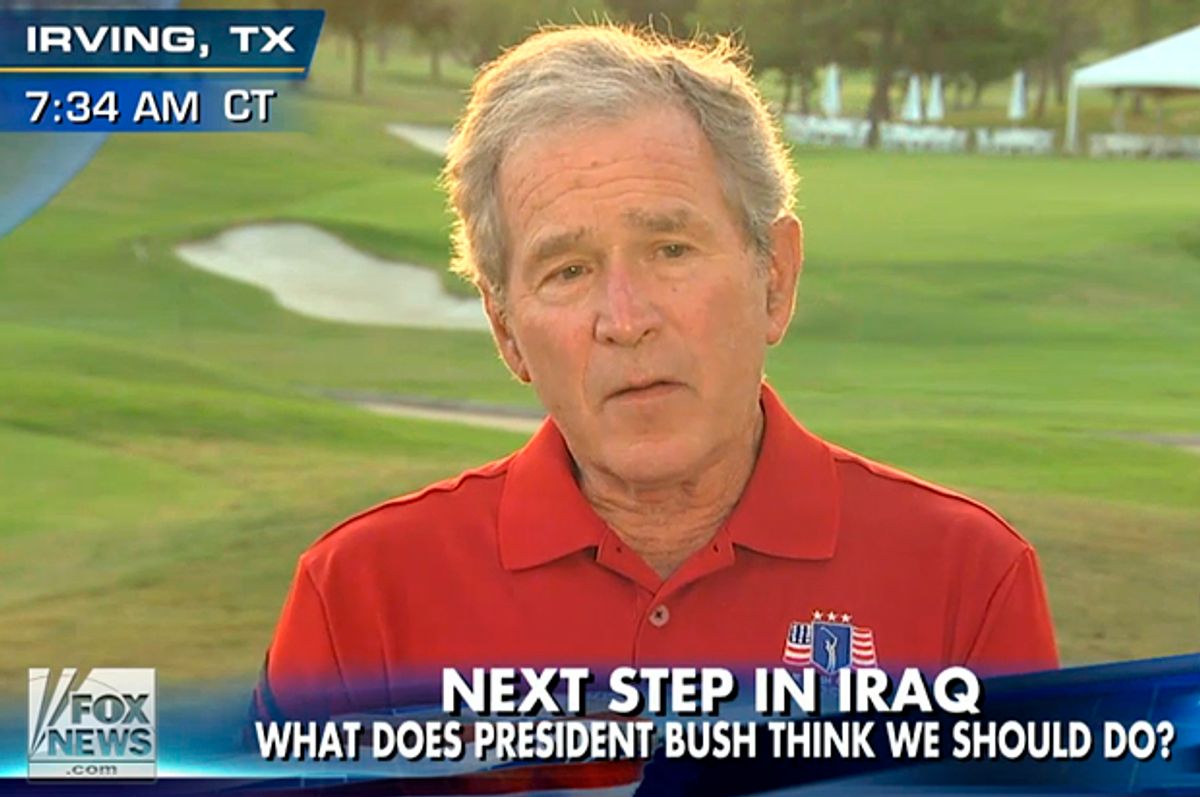 In a startling display of chutzpah, Fox News is lavishing praise on former President George W. Bush over Iraq, hailing the 43rd president as a "prescient" Cassandra whose warnings about the country's disintegration went "ignored."

Sitting down with Fox & Friends host Brian Kilmeade Thursday, Bush declined to criticize President Barack Obama's 2011 withdrawal of American forces from Iraq, but Kilmeade insisted on hailing Bush as a prophet without honor whose warnings, if heeded, could have prevented the rise of the Islamic State in Iraq and Syria (ISIS).

As Fox's chyron blared "WARNINGS IGNORED: BUSH PREDICTED DANGER OF LEAVING IRAQ TOO EARLY," Kilmeade marveled at the former president's supposed omnipotence. "Here's what you said -- and here's how accurate it is," Kilmeade intoned, introducing a 2007 clip in which Bush warned of instability if U.S. forces withdrew from Iraq.

"How did you know?" the awed pupil asked Bush.

In its writeup of the interview, FoxNews.com similarly lauded Bush's warnings as "prescient." Neither Kilmeade nor the website bothered to contemplate the role the U.S.-backed sectarian leader Nuri Kamal al-Maliki played in destabilizing the country. Nor did they see the initial decision to invade as fair game.

The interview quickly came under fire on Twitter, with the Huffington Post's Amanda Terkel encapsulating the reactions of many viewers:

Watch Bush and Kilmeade discuss Iraq here (the Iraq portion of the interview begins at about 2:43):