Henry Kissinger's dark secret: Why the warmonger's even worse than we thought

New revelations of a shadowy plan to wage war on Cuba seal it — the "doctor" of U.S. foreign policy is irredeemable 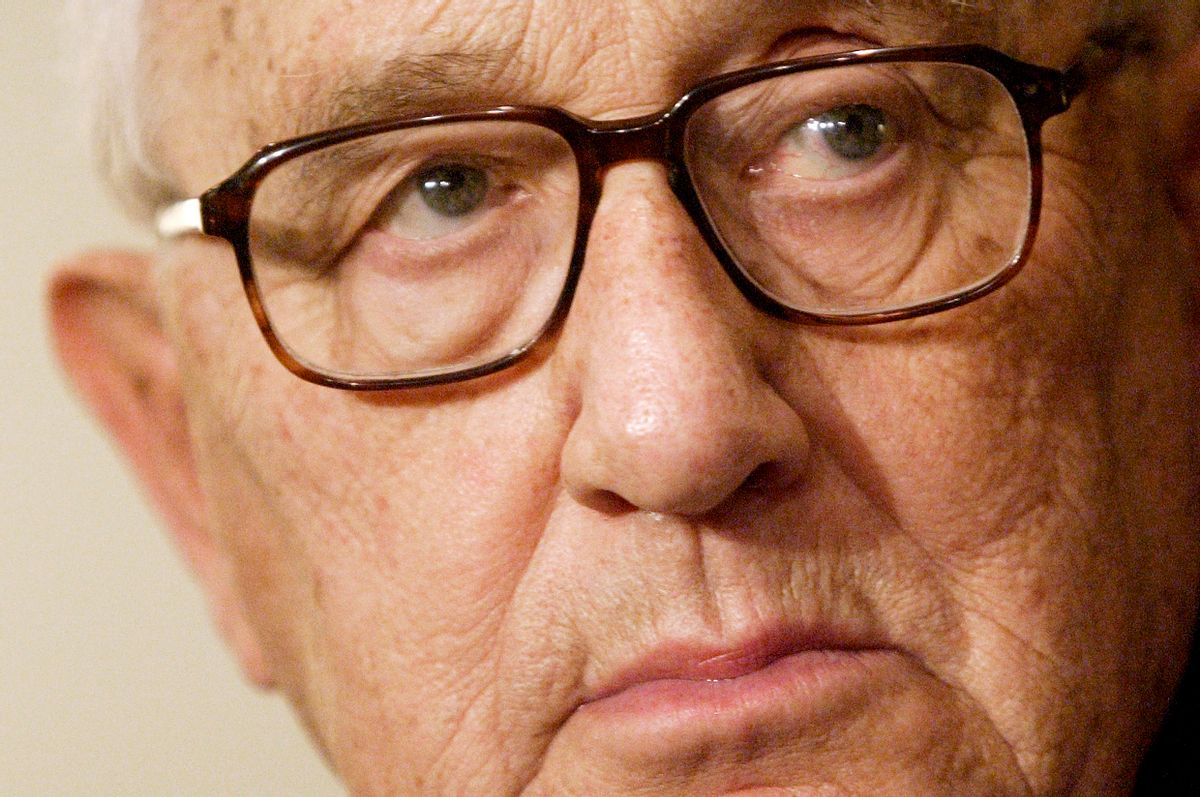 Heinz Alfred Kissinger, the man better known as Henry who served as perhaps the chief architect of U.S. foreign policy from 1969 to 1977, is 91 years old. And although he is still fêted by some of the more obnoxious members of D.C.'s ruling elite, he is also widely acknowledged to be a man with enough skeletons in his closet to rival the Catacombs of Paris. Because he's in his tenth decade of life and well removed of any real governmental power, one could argue that the best move at this point would be to leave Kissinger alone, let time and mortality to do their work and have history be the ultimate judge.

That's what the very serious people, Kissinger included, would want us to do. But I won't. And if you read the New York Times on Wednesday, and saw this remarkable article on Kissinger's once-secret 1976 plan to wage war on Cuba, you'll probably understand why. Because even if the report comes much too late to lead to any tangible consequences, it still offers us a chance to remember and repeat an essential truth: that one of the authors of the present world order is not just a criminal, but one of the world's very worst kind.

Citing newly released government documents, the Times reports that during the last year of Gerald Ford's presidency, when he was secretary of state, the man who sacrificed countless lives for a Cold War détente was not only willing but eager to unleash upon Cuba a fearsome display of American military might. Not even two decades removed from the near-apocalypse of the Cuban Missile Crisis, Kissinger was raring to wage war on the small Communist island country. And he wanted to do it for an exceptionally petty and immoral reason.

"Kissinger ... had previously planned an underground effort to improve relations with Havana," according to the Times, "[b]ut in late 1975, [Cuban dictator Fidel] Castro sent troops to Angola to help the newly independent nation fend off attacks from South Africa and right-wing guerrillas." This effort by Castro, which had little bearing on any major U.S. interests, was apparently an unbearable act of impertinence — at least in Kissinger's eyes. His reaction, says the Times, was "infuriated" and "incensed."

So here's how Kissinger, who felt personally slighted by Castro's act of independence, decided to handle it: By drawing up a military strategy to, in his words, "clobber the pipsqueak," despite the fact that such belligerence, as Kissinger well knew, could risk a wider confrontation with Cuba's protector, the Soviet Union. And in typical Kissinger fashion — perhaps inspired by his earlier stint helping Nixon commit something awful close to treason to prolong the war in Vietnam — the secret plan would commence only after Ford won reelection that year, when voters would be essentially powerless; the arsenic-filled cherry on top.

In case you're wondering whether a man in a nominal democracy could really become so devoid of morality, so out of touch with post-WWII geopolitical norms; and in case you're imagining that Kissinger just wanted to rattle Castro but not actually start a war, with all the innocent civilian death that inevitably comes, allow Henry himself to disabuse you. "If we decide to use military power, it must succeed," the Times quotes Kissinger saying in one secret meeting. "There should be no halfway measures," he added, "we would get no award for using military power in moderation." The goal, he said, was to be "ruthless and rapid and efficient."

Coming from the man who once said that a hypothetical second anti-Jewish genocide in the Soviet Union would be "not an American concern" (though, to be fair, he granted it would "maybe" be a "humanitarian concern"), fantasizing about "clobbering" Castro by killing many Cuban citizens may not register so high on the richter scale. But if we keep in mind that Kissinger's saving grace, especially in contrast with Nixon, was supposed to be his pragmatism, rationality and lack of sentiment, it is appalling.

It's remarkable, too; against all odds and out of nowhere, Henry Kissinger, a should-be war criminal responsible for untold despair, turns out to be even worse than we thought.