"Keep in mind, [the media] already have a weakened immunity to any sort of panic" 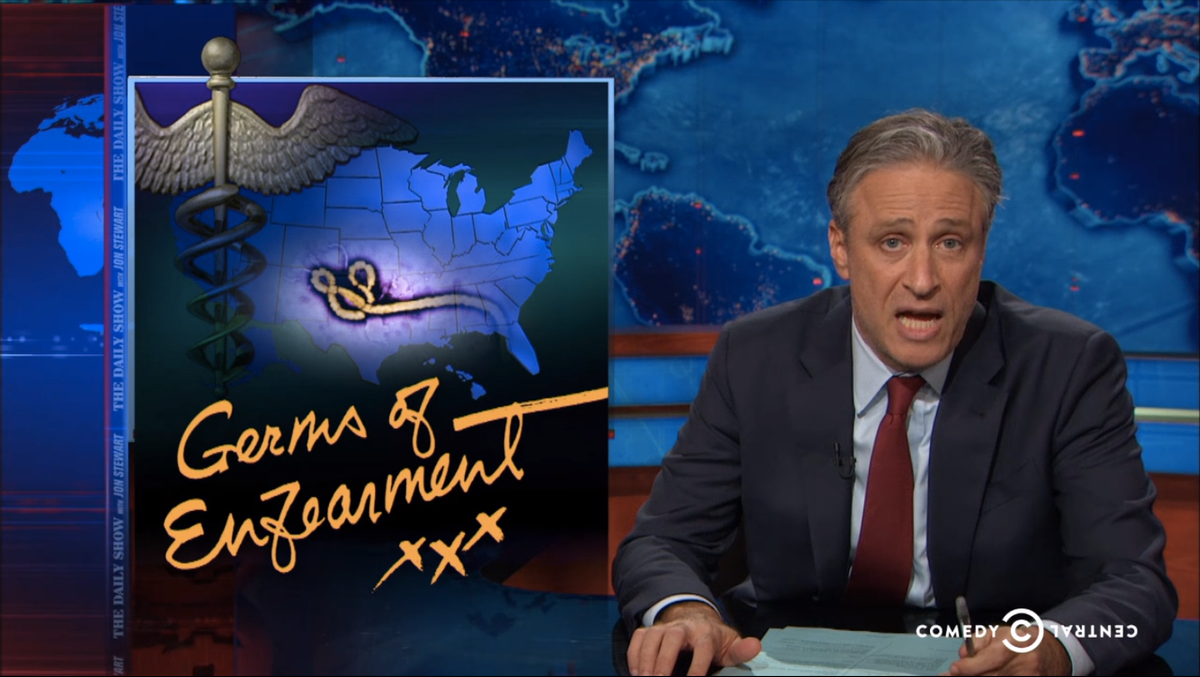 On Wednesday evening's edition of "The Daily Show," Jon Stewart addressed the first case of Ebola in the United States. The U.S. is more than equipped to prevent the spread of the virus, but for some reason the media hasn't gotten that memo.

"The problem is that the media was infected with Ebola fear long ago, and now that it's had time to incubate they're showing extreme symptoms. Keep in mind, they already have a weakened immunity to any sort of panic."

He then cut to a clip of a TV personality claiming that Starbucks' beloved Pumpkin Spice Latte has a number of ingredients that are linked to cancer.