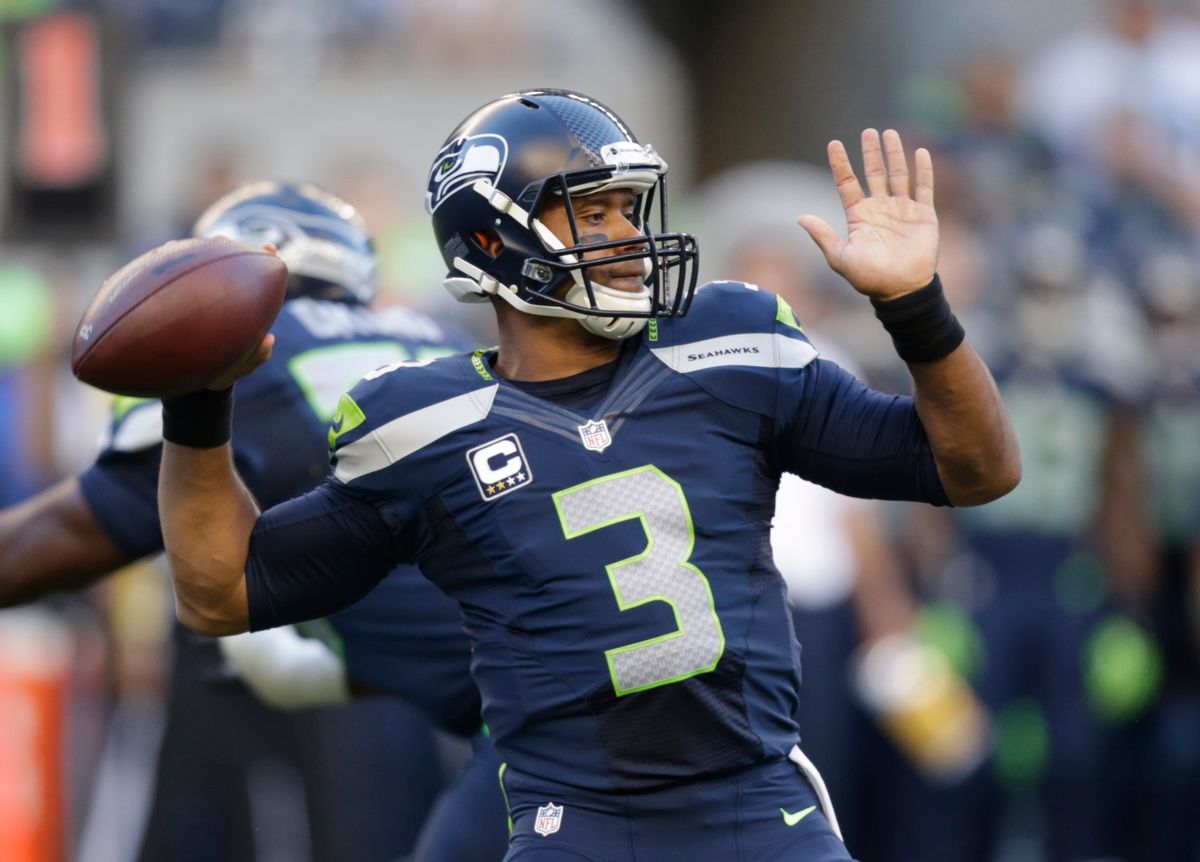 Seattle Seahawks quarterback Russell Wilson winds up to pass against the Green Bay Packers in the first half of an NFL football game, Thursday, Sept. 4, 2014, in Seattle. (AP Photo/Stephen Brashear) (AP)
--

Seattle Seahawks quarterback Russell Wilson has a piece up on The Players' Tribune (which has Derek Jeter as its "founding editor"), and takes on his own experience with violence as a child and the silences within the NFL that allow violence against women to go unaddressed.

I used to beat people up. Truthfully, I used to beat people up a lot. Many of you readers probably think I have been Mr. Goody Two-Shoes my whole life, but honestly, I was a bully growing up. In elementary and middle school, I threw kids against the wall. I rubbed their heads in the dirt at recess. I bit them. I even knocked teeth out. I had a lot of anger that I didn’t know what to do with. Thankfully, I was saved by my faith when I was 14 years old, and was able to start living for others instead of just myself. [...]

As NFL players, we do not play a gentle game. But our hits, our anger, our aggressive behaviors need to be regulated and confined to the field. Recent incidents of domestic violence have forced The League, its fans and the players to take a hard look into our collective conscience. To be honest, many NFL players are reluctant to address such a sensitive issue. How do you fix a problem so big and complex? How do you speak about something so damaging and painful to families? [...]

This issue is much bigger than NFL suspensions. Domestic violence isn’t going to disappear tomorrow or the next day. But the more that we choose not to talk about it, the more we shy away from the issue, the more we lose.

The essay is simple, but thoughtful. It also avoids all of the traps of victim-blaming and pushes instead for something potentially transformative -- more honesty and communication among men in the NFL.