While its pundits fixate on a workplace beheading in Oklahoma, anti-government extremism goes entirely unexplored 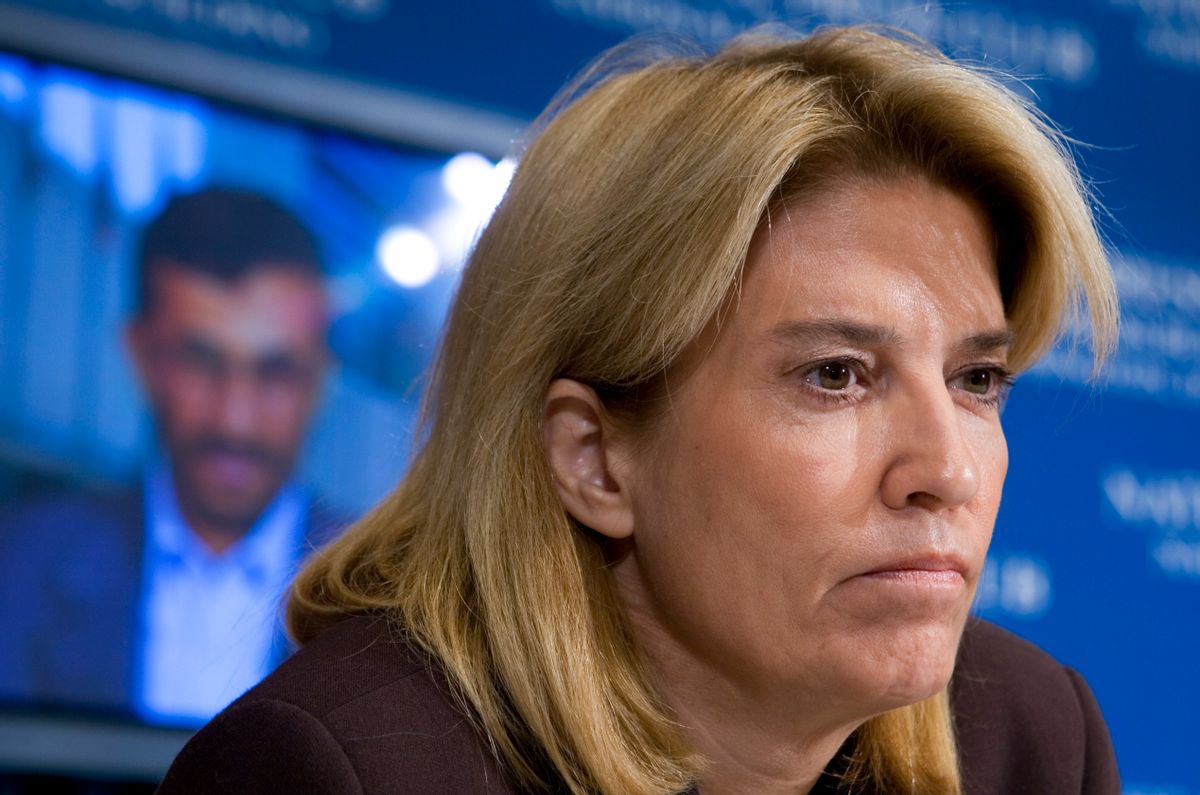 Fox News is increasingly fixating on the gruesome workplace beheading last week in Moore, Oklahoma by a recent Muslim convert, suspect Alton Nolen. Perhaps sensing a way to once again fan its patented flames of Islamophobia while simultaneously blaming President Obama for being indifferent to the threat of terrorism, Fox is treating the murder as a national story with sweeping political implications.

Sounding the jihadist alarms, Fox News and the right-wing media are eager to label the ghastly crime an act of Islamic terror. Law enforcement officials, however, aren't in the same rush, noting that the attack came immediately after Nolen was fired and stating that they've yet to find a link to terrorism. While that story continues to play out, it's worth noting that an actual act of political terror remains in the news. It's just not a priority for Fox.

On the night of September 16, 31-year-old marksman Eric Frein was allegedly laying in wait outside the Blooming Grove police barracks in northeastern Pennsylvania, preparing to assassinate state troopers. Shortly before 11 p.m., Bryon Dickson was shot and killed as he walked towards his patrol car. Moments later, as he approached the barracks to begin his overnight shift, trooper Alex Douglass was shot and seriously wounded by a bullet fired from a .308-caliber rifle.

Described as a "survivalist," Frein disappeared into the Poconos Mountains woods where he's been hiding ever since, eluding law enforcement and its massive manhunt, which includes hundreds of law enforcement officers with assistance from the FBI, the U.S. Marshals Service and the Bureau of Alcohol, Tobacco, Firearms and Explosives.

Considered "extremely dangerous" and possibly armed with an AK-47, officials were forced to close local schools in fear Frein might attack again. Lots of businesses in the area were ordered to stay dark, and some U.S. mail deliveries were suspended out of fear postmen might be exposed as possible targets for the shooter.

And what was the possible motivation for the killing spree?

"He made statements about wanting to kill law enforcement officers and to commit mass acts of murder," state police commissioner Frank Noonan warned the public at the time. Another official noted the shooter has a "longstanding grudge against law enforcement and government in general" dating back to at least 2006.

A friend was even more explicit.  "He was obviously a big critic of the federal government," a friend name Jack told CNN. (The friend did not give his last name.) "No indications of really any malice towards law enforcement in particular. Most of his aggression was (toward) the federal government."

"We have a well-trained sniper who hates authority, hates society, hates government, and hates cops enough to plug them from ambush. He's so lethal, so locked and loaded, that communities in the Pocono Mountains feel terrorized," wrote Philadelphia columnist Dick Poleman. "He kept camouflage face paint in his bedroom. He toted the AK-47 on social media. He collected, according to the criminal complaint, "various information concerning foreign embassies.""

In two weeks since the shooting, the Fox programs monitored by Nexis have mentioned Frein's name in just six reports, and most of those were simply news updates that consisted of one or two sentences. Only one segment, which aired on On The Record With Greta Van Susteren, featured an extended conversation about the killing and the subsequent manhunt. In none of the six Fox reports however, were Frein's vocal anti-government leanings mentioned, nor was there any suggestion Frein was a domestic terrorist.

Hosts Neil Cavuto, Bill O'Reilly, Megyn Kelly and Sean Hannity have all ignored the shocking cop-killer story. In general, Fox has provided almost no commentary, no context, and certainly no collective blame for the execution.

By contrast, in the days since the Oklahoma killing, Fox programs monitored by Nexis have flooded the zone with coverage of the beheading, totaling hours and hours of coverage. Most of Fox's reports offered extended, overheated commentary, and most of them dwelled on the fact the killing may have been an act of terror.

Cavuto, O'Reilly, Hannity, and Megyn Kelly have all hosted extensive coverage of the killing, with Kelly and Hannity devoting nearly their entire September 26 and September 29 programs to the Oklahoma story ("Terror In The Heartland"), allowing guests to make all kinds of unproven connections between the crime and Islam and, of course, to politicize the tragic killing.

In other words, on Fox News a Muslim who killed a co-worker in Oklahoma and who remains in police custody represents a much bigger story than a suspected anti-government assassin who killed a cop and remains on the run, eluding hundreds of law enforcement officials while terrorizing a Pennsylvania community.

Note that one of the renewed right-wing talking point this week has been how Obama refuses to acknowledge the looming threat of Islamic terrorism. (His FBI is being "politically correct.") Of course, a similar charge could be made of Fox News and its purposefully blind spot to homegrown, gun-toting, anti-government terrorists. It's a deadly topic that the right-wing media refuse to grapple with.

As CNN's Peter Bergen noted earlier this year, since 9/11, "extremists affiliated with a variety of far-right wing ideologies, including white supremacists, anti-abortion extremists and anti-government militants, have killed more people in the United States than have extremists motivated by al Qaeda's ideology."

If the Pennsylvania ambush was politically motivated, it represented just the latest sad chapter in a long string of recent extremist acts of violence in America. From neo-Nazi killers, to a string of women's health clinic bombings and assaults, as well as bloody assaults on law enforcement from anti-government insurrectionists, acts of extreme right-wing violence continue to terrorize victims in the U.S.

Just this spring in Las Vegas, a premeditated gun rampage unfolded when Jerad Miller and his wife Amada executed two policemen who were on their lunch break. The killers, who months earlier traveled to Cliven Bundy's Nevada ranch to join the militia protests against the federal government, reportedly covered the slain officers with cloth that featured the "Don't tread on me" Gadsden flag, which has recently been adopted as a symbol of the Tea Party movement.

That ambush came just two days after Dennis Marx, member of the "sovereign citizen" anti-government movement, tried to lay siege to a courthouse outside of Atlanta. Sovereign citizens are militia-like radicals who don't believe the federal government has the power and legitimacy to enforce the law. The FBI has called the movement "a growing domestic terror threat to law enforcement."

As mentioned, Greta Van Susteren was the only evening Fox host who addressed the Pennsylvania cop-killing story in any detail. But even she whitewashed the story, omitting any mention of Frein's anti-government bias and his clear embrace of terrorism. Right after the Frein segment ended on her September 22 program, Van Susteren urged viewers to stay tuned for a report about the "nightmare" looming from the threat of jihadist fighters inside the United States.

Note to Greta: Eric Frein represents another type of "nightmare" terror that looms in America. Fox News should stop ignoring that threat.