The right's "bipartisan" sham: Why their call for a Republican A.G. is bananas 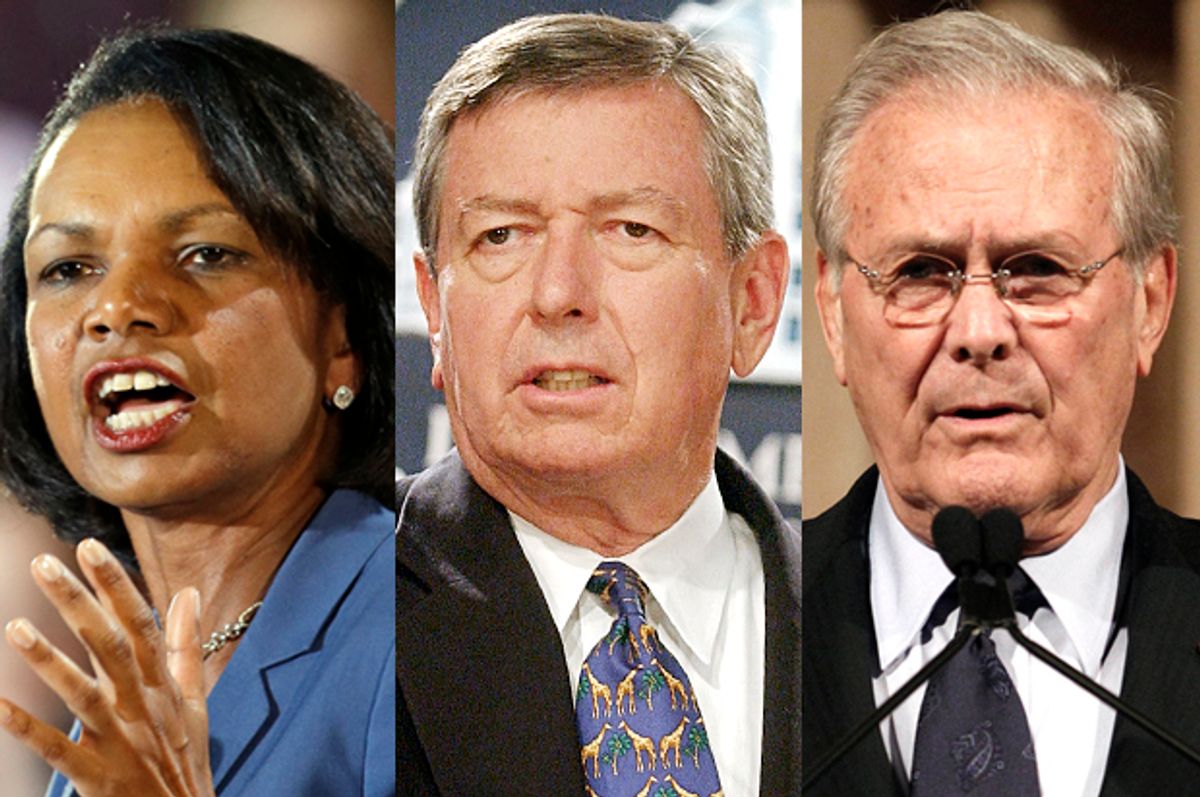 It must be football season because here comes Lucy with the football just begging poor old Charlie Brown to kick it one more time. Well, actually, it's right wingers once again insisting to liberals that they need to be more bipartisan to appease the opposition. They must get a lot of laughs down at wingnut central over that one.

The latest example would be the very earnest suggestion in USA Today from professor Glenn Reynolds who says that President Obama should prove he isn't really the tyrannical despot everyone thinks he is by appointing a Republican to head the Justice Department:

Perhaps President Obama — and, for that matter, future presidents — should take a lesson from the way we handle the Department of Defense, and apply it to the Department of Justice: Consider naming someone outside his own party as attorney general...

Having a Defense secretary from the other party makes war bipartisan, and reassures members of the opposition that the powers of the sword aren't being abused.

But, of course, he's only referring to the tradition of appointing members of the opposite party as Secretary of Defense under Democratic presidents. Republicans don't do that.

As it happens Obama appointed three Republicans to his cabinet in 2009, the most ever in history. He kept Robert Gates on as Secretary of Defense and appointed Ray LaHood at Transportation and Senator Judd Gregg at Commerce.  (Gregg dropped out before he could be confirmed as Secretary of Commerce.) Here's the record of prior presidents:

• Ronald Reagan: William Bennett was a Democrat when appointed as education secretary in 1985, but the following year, he became a Republican and has remained a conservative Republican voice ever since.

• Richard Nixon: Daniel Patrick Moynihan served as ambassador to the United Nations, which at the time was not a Cabinet-level position.

Oh, and by the way, let's not forget about about the tradition of Democrats naming Republicans as head of the FBI which they now do as a matter of course. Again, Republicans don't do that. So why would the Democrats want to start naming Republican Attorneys General as well? It's clearly a one-sided deal.

Moreover, as Roy Edroso noted here, all that bipartisan trust and harmony never seems to materialize even when the Democrats go ahead and fall for the ploy over and over again. He documents some of the recent reactions to the naming of Republican Senator Chuck Hagel to the job --- from Glenn Reynolds himself:

WHY IS CHUCK HAGEL STILL IN THE MIX? [quote from Jennifer Rubin screed about Hagel's unacceptable positions, including "poisonous animosity toward the Jewish state."] Personnel is policy. If Obama appoints Hagel, you’ll know what his policy is, regardless of what he says.

CHUCK HAGEL: It was a war for oil! [quote from Billy Kristol screed about how Hagel's "far left" and "vulgar and disgusting charge" proves he's a peacenik nogoodnik] "Is President Obama really going to nominate this man as secretary of defense?” Well, really, isn’t Hagel a perfect fit?

SO HOW’D THAT HAGEL HEARING GO? “It is very clear from the testimony that Sen. Hagel will not be bringing the potato salad to the next Mensa picnic.” And that’s from a Democrat...

DAMAGED GOODS: Hagel's Brand Suffers from Confirmation Battle. I think the original plan was to nominate a Republican who could take the blame for defense cuts — and actions. I don’t think Hagel can fill that role usefully now, even if he’s confirmed.

WITH THINGS FALLING APART ALL AROUND THE WORLD, Defense Secretary Chuck Hagel Is Talking About the NFL. UPDATE: From the comments: “And even there, he’s punching above his weight.”

That last one was from September 21, 2014, once again demonstrating the bipartisan comity that nominating a Republican brings to the political debate. And there's little doubt that it served the important purpose of proving to the other side that the president isn't abusing his power:

It's inspiring to see such trust manifest itself in this contentious political system. In fact it argues for the president to replace his entire cabinet with Republicans so that all the right might be as soothed.

An interesting side-note to all this is the fact that Reynolds fashions himself a libertarian, as does Reason's Nick Gillespie. One might expect them to be fully in favor of putting Republicans in charge of treasury or HHS in order that the big-spending socialists don't go hog wild. But they are agitating for Republicans to be permanent appointees in the two areas where one might think that libertarians would prefer to have the less ideologically authoritarian Democrats in charge  -- the military and federal law enforcement.  Instead they are anxious to see more appointments along the lines of Donald Rumsfeld and Alberto Gonzales, both of whom oversaw shocking assaults on both the law and well established norms pertaining to everything from election tampering to torture. How odd. If one didn't know better, one might think they are actually just standard issue conservatives underneath it all.