Sarah Silverman's most embarrassing "SNL" memory: "It made me cry"

...and the time she stabbed Al Franken in the head with a pencil 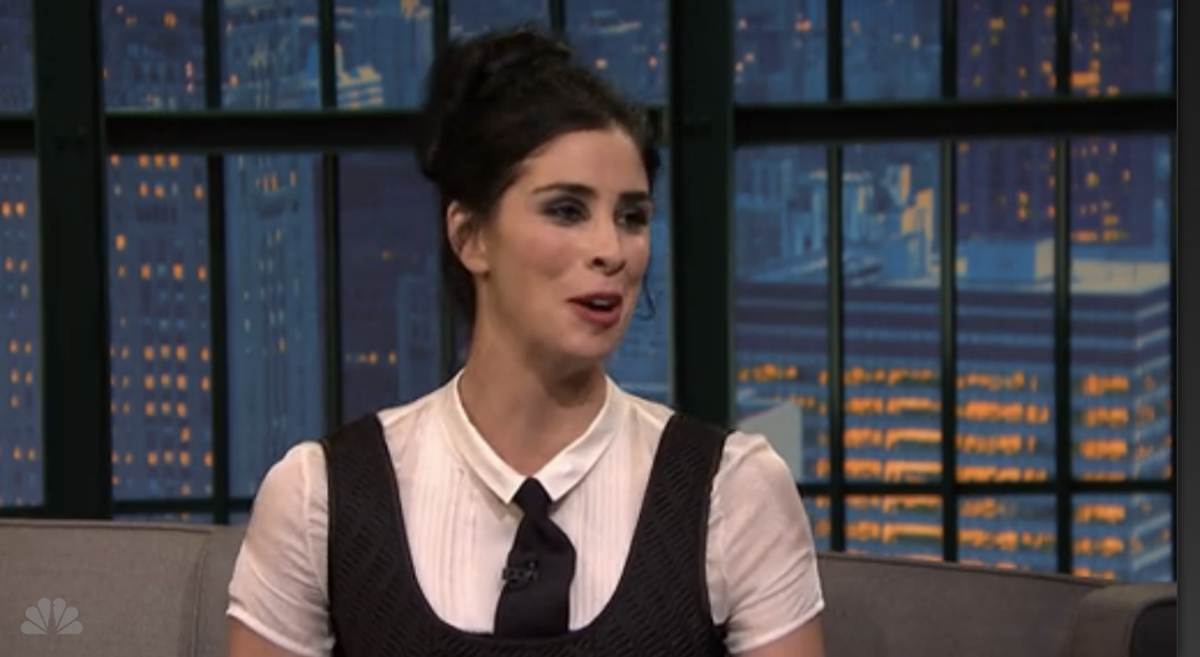 Sarah Silverman (one of the funniest people ever) sat down Thursday night to chat with Seth Meyers on "Late Night." There she told hilarious and often self deprecating stories of her time as a writer on "Saturday Night Live."

The stories include stealing boxers and socks -- there's photo evidence -- having to wear an outrageous costume on her birthday, and stabbing a now-senator in the head with a pencil. And you can watch all three parts of the interview below:

Last but not least, part three: