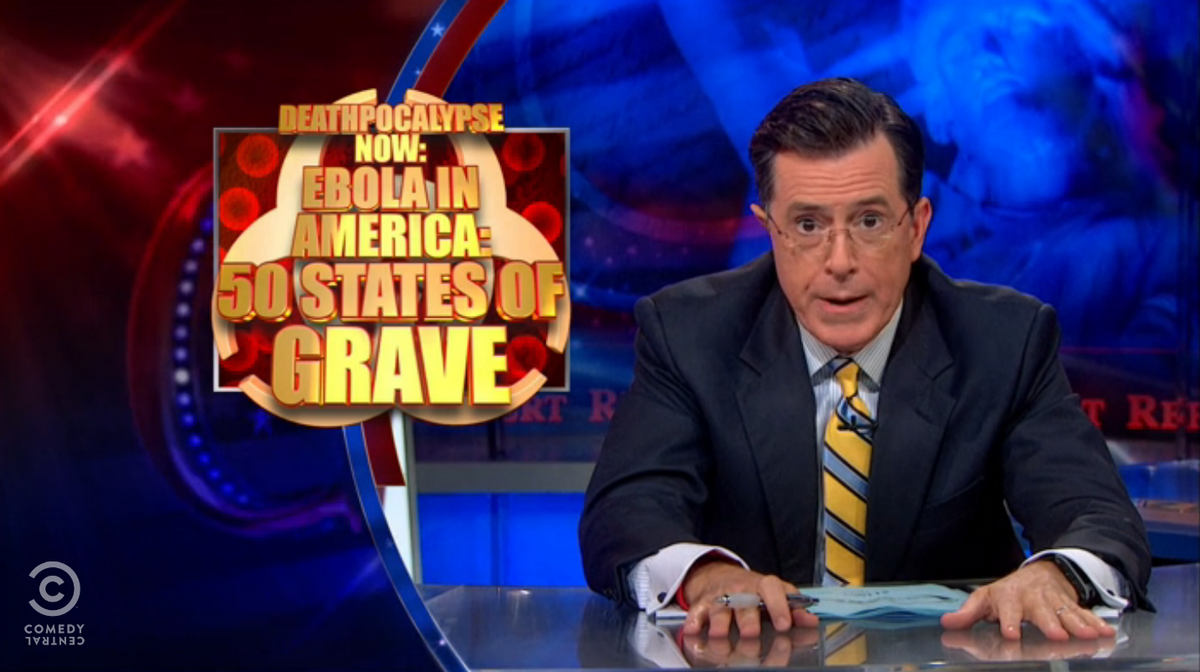 On Thursday evening's edition of "The Colbert Report" Stephen Colbert turned his attention to the first case of Ebola in the United States. "That is crap-your-pants terrifying in that crap your pants is one of the symptoms of Ebola."

He then played a clip in which infectious disease specialist Dr. Dalilah Restrepo assured the Fox & Friends hosts that Ebola was actually extremely difficult to catch. Restrepo coughed on camera leading Colbert to assume that not only did Restrepo have Ebola, but now all of "Fox & Friends" have Ebola.

"If we do lose one of them, thank God there's a spare Doocy. Fortunately, folks, for every medical professional out there reassuring us, there's a TV professional re-scaring us."

Watch the clip below for a super-cut of television hosts stressing about Ebola.