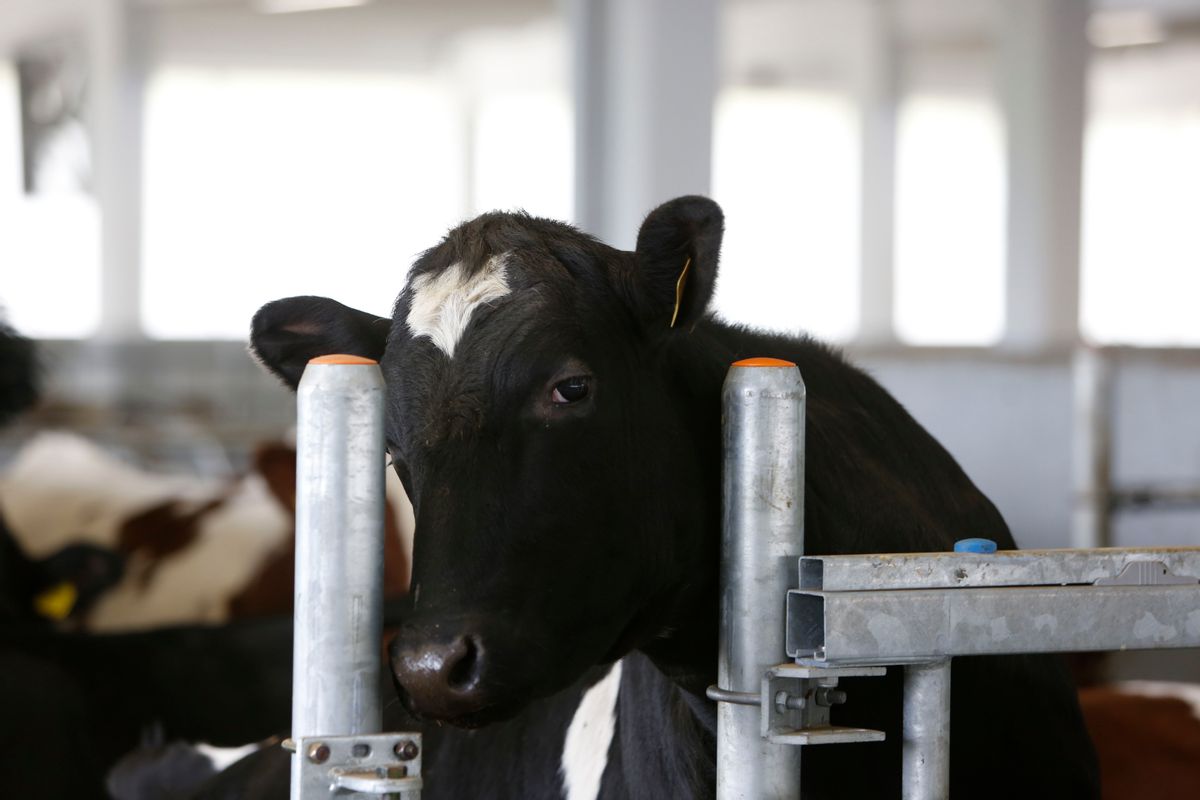 The World Hand-Milking Championship, an annual contest held at the Branzi Fair in northern Italy, involves pairs made up of one human and one cow, competing to produce as much milk as possible in two minutes. The record for the contest used to be two liters. This weekend, that record was demolished when Gianmario Ghirardi, a 31-year-old competitor from Malonno won the Formaggi principi delle Orobie (a trophy shaped like a golden bucket) managed to milk 8.7 liters from Mirka the Cow.

Now, some are accusing the champion of doping. "For a competition at this level, I would have expected strong anti-doping checks on the cows and milkers to protect the animals and guarantee transparency of the top positions," said last year's champion Maurizio Paschetta in an interview with La Repubblica. Paschetta declined to participate this year because of the ethical conflict.

It is unclear whether or not Paschetta is accusing the man or the cow of doping, and I'm not sure which is worse (either way, poor cow).

To watch hordes of Italian men furiously yanking cows' udders, check out the video of the competition, available at The Local.