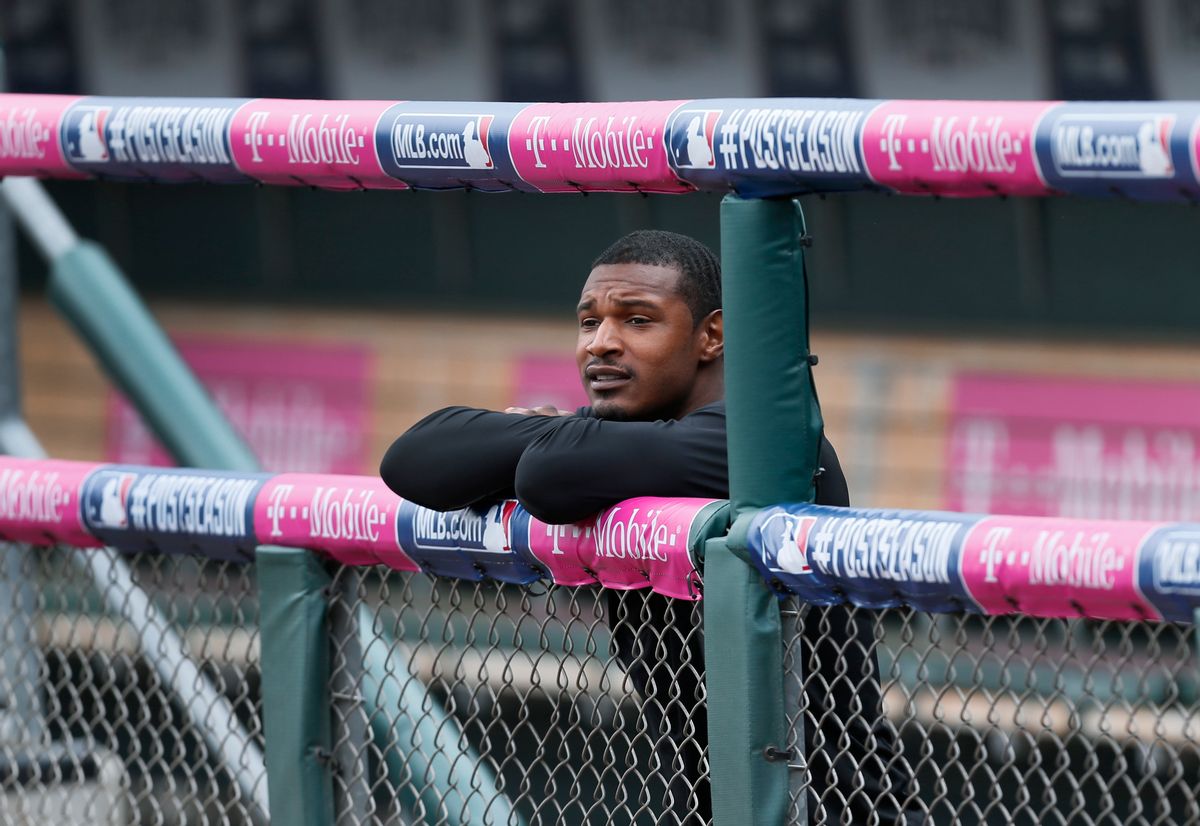 The Baltimore Orioles and Kansas City Royals are hoping to break out the brooms.

Off to 2-0 starts in the AL Division Series, both teams can finish off sweeps Sunday.

Now, no club likes to sit around too much in October. But the Royals and O's would surely take a few days off if that meant guaranteed spots in the AL Championship Series starting Friday at Camden Yards.

The Washington Nationals find themselves facing an 0-2 deficit in the NLDS after losing to San Francisco 2-1 Saturday night on Brandon Belt's home run in the 18th inning — tied for the longest postseason game in baseball history.

In the only best-of-five matchup that's tied so far after two games, Matt Kemp's home run in the eighth inning lifted the Los Angeles Dodgers over the St. Louis Cardinals 3-2.

The Orioles try to chase away Detroit this afternoon at Comerica Park. Bud Norris starts for the Birds after going 4-0 with a 2.08 ERA in September for the runaway AL East champs.

"I've pitched in some big games in my career. This obviously might be the biggest. But as far as I'm concerned, it's another 60 feet, 6 inches," Norris said.

David Price starts for the Tigers. They got him from Tampa Bay in a trade on July 31, with an eye on pitching in pressure spots. He'll be the third straight Cy Young winner to start for Detroit following Max Scherzer and Justin Verlander.

In Kansas City, James Shields and the Royals aim to eliminate the Los Angeles Angels tonight.

The Royals finished last in the majors this year by a wide margin, but 11th-inning homers by Mike Moustakas in the opener and Eric Hosmer in Game 2 put them in prime position.

At 29, with a career record of 19-26 and pitching for his third team in the bigs, Yusmeiro Petit isn't exactly an All-Star ace.

Yet it's been a remarkable year for the Giants' right-hander — this summer, he set a major league record by retiring 46 straight batters. And then Saturday night, he came out of the bullpen and threw six shutout innings of one-hit ball, getting the win as San Francisco beat Washington.

At 18 innings, it tied an NLDS matchup in 2005 between Atlanta and Houston for the longest in postseason history. Tim Hudson started that game for the Braves and teammate Adam LaRoche homered — on Saturday, Hudson started for the Giants and LaRoche batted cleanup for Washington.

At 6 hours, 23 minutes, it surpassed that Braves-Astros game for the longest by time in the postseason.

It's still uncertain whether Tigers outfielder Rajai Davis will be able to start. He left Game 2 in Baltimore because of continuing problems from a pelvic strain.

"Today he came in, he was sore, he didn't do anything, didn't take part in any of the workouts, he was just getting treatment. We will reevaluate tomorrow before the game," Detroit manager Brad Ausmus said.

Ausmus said cooler weather could be a factor, too, because that has caused Davis to stiffen up.

No definite word yet on Royals reliever Kelvin Herrera, either. He left the opener after just five pitches because of a flexor strain in his right forearm. Kansas City manager Ned Yost said he'd have an update before Sunday's game.

"After a while, every inning just kind of ran into the next." — Giants rookie second baseman Joe Panik after San Francisco outlasted Washington in the 18th.

"You grow up as a little kid and you say, 'I want to pitch in the playoffs' or 'I want to get the game-winning hit' or whatever it is and envisioning doing that in front of 40-, 50-, 60,000 people, not 18 people sneezing and coughing at a spring training game." — Angels pitcher C.J. Wilson, who will start Game 3 at Kansas City.