From "Deep Throat" to "Debbie Does Dallas," a look back at the silliest smut the industry's golden age had to offer 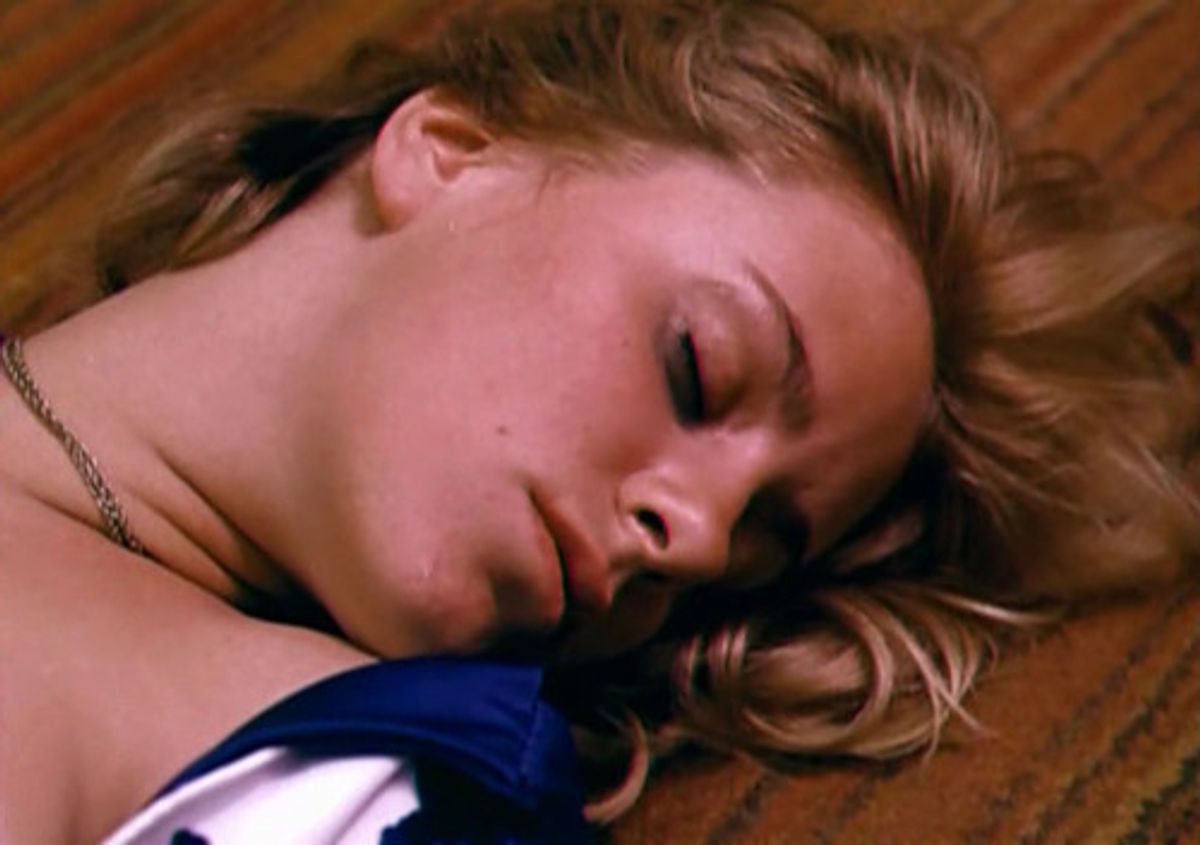 Scene still from "Debbie Does Dallas"
--

1. Behind the Green Door

One of the best-known adult films of all time, Debbie Does Dallasis a misnomer, since she never actually does anyone in Dallas (or anyone named Dallas), nor does she even set foot in Dallas. Debbie is trying to raise funds to get to Dallas, however, so she can try out for the “Texas Cowboys” cheerleading squad. Curiously enough, Bambi Woods, the film’s star, did actually try out to be a Dallas Cowboys cheerleader, but she didn’t make the cut. Good thing she had other ambitions. Long story short, Debbie and her cheerleader pals end up screwing pretty much every dude they come across in order to help Debbie reach her goals. Feminism!

The 1978 film was a big commercial success, and it spawned a legion of sequels, spinoffs and parodies, including Debbie Does Dallas Again, Debbie Does Wall Street, Debbie Duz Dishes, and even an off-Broadway musical in 2002, proving yet again that if there’s one thing Debbie does well, it’s get around.

The first hardcore film to be “known by name and promoted nationwide,” Mona the Virgin Nymph was the 1970 brainchild of Bill Osco. Mona is important because it’s considered to be the first adult film with a plot to screen in American theaters. Its coherent narrative structure and “psychological motivation” (Mona wants to remain a “penis-in-vagina” virgin until she’s married) made it unique. Plus, it had all the sex, obviously. Mona’s (Fifi Watson) forays into oral sex, lesbianism and S&M earned Osco $2 million and helped launch the porn industry we know today (for better or worse). One could say that Mona launched the money shot heard ‘round the world.

No safe-for-work clip, but there are plenty of NSFW ones should you desire to go that route.

Deep Throat was hailed by many as the start of “pornographic chic,” or the “first stag film you could see with a date” as Roger Ebert put it. Helping to launch Deep Throat into pop culture stardom even further was Howard Simons of the Washington Post, who chose it as the code name for an informant during Nixon’s Watergate scandal.

5. The Devil in Miss Jones

After the success of Deep Throat, director Gerard Damiano went on to make The Devil in Miss Jones, a rather serious and avant-garde adult film that starts with, of all things, a suicide. Georgina Spelvin plays a lonely, bored spinster who offs herself to end her miserable life, finds herself in limbo, fucks her way through limbo, becomes a sex addict (sorry, “the embodiment of lust”), and ultimately winds up in the worst kind of Hell—with a man who has zero sexual interest in her (or anything). And you thought porn had no other ending aside from the money shot!