Why Big Tobacco keeps demolishing the FDA in federal court

Since 2009, the cigarette industry has won three major challenges to make their products more accessible to kids 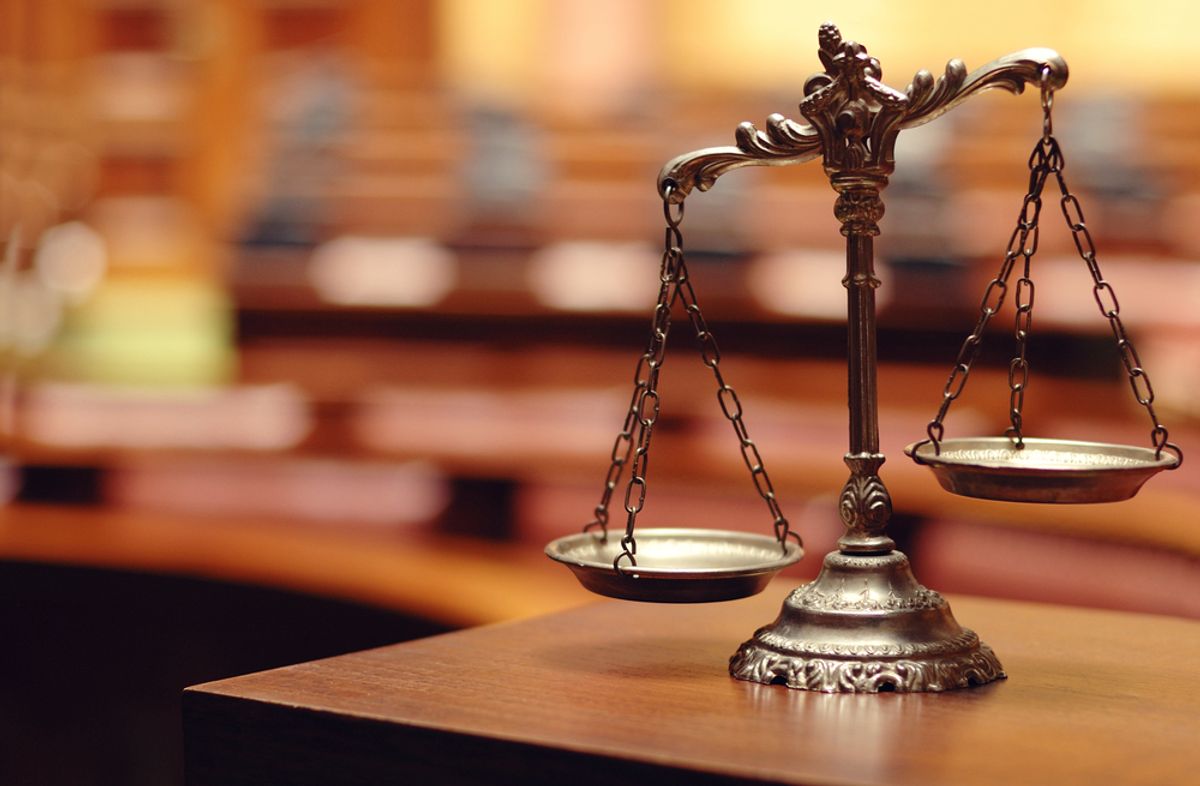 In 2009, Congress passed landmark legislation directing the Food and Drug Administration to regulate tobacco products, aiming to cut the toll from the leading preventable cause of disease and death. Three times since, however, cigarette and e-cigarette companies have filed successful legal challenges to thwart rules intended to make their products less appealing to consumers–and less accessible to kids.

The three cases, which, among other things, have blocked graphic cigarette warning labels and delayed regulation of e-cigarettes for at least a few years, were decided in favor of industry plaintiffs by the same federal judge, Richard J. Leon of the U.S. District Court in Washington, D.C. Leon’s rulings have reflected concern about government overreach, and a tone of deep skepticism about the FDA’s legal positions “Please! This conclusion defies common sense,” he wrote, dismissing one of the agency’s arguments.

Given how cases are normally assigned, the fact that Leon was assigned all three is extraordinary—and extraordinarily good luck for the industry.

Court rules require cases to be randomly assigned among the court’s regular judges, plus several senior judges with reduced caseloads. According to court officials, there were 13 regular judges on hand when two of the complaints were filed, and 11 when the other suit was filed. The odds of the cases being randomly assigned to a single judge—1 in 13, 1 in 13, and 1 in 11—put the chance of drawing all three cases at one in 1,859. With senior judges also in the draw, the chance appears even more remote.

But court officials say it was a huge coincidence and nothing more. It would be “indefensible” for anyone to bend the rules on case assignments, said Greg Hughes, the court’s chief deputy clerk for operations.

Given the enormous odds, the situation “does stretch the bounds of credulity,” Hughes acknowledged, but records show the complaints were randomly assigned. “That’s what the system’s telling me,” he said, “and I have to put faith in the system.’’

There is a process for assigning a so-called ‘’related case’’ to a judge already handling an earlier complaint involving very similar issues. For that to happen, the lawyer filing the complaint must indicate that the case is related. Otherwise, a judge randomly assigned the complaint who thinks it is related can seek its transfer to the judge in the earlier case.

Neither of those things happened, according to court officials and a review of the docket.

Leon joined the court in 2002 after his nomination by former President George W. Bush. He is considered something of a maverick conservative, and other times has come down hard on federal agencies. In December, 2013 he ruled that the bulk collection of phone records of U.S. citizens by the National Security Agency is probably unconstitutional. It’s unclear whether another judge would have ruled differently in the FDA cases—two of which have been held up on appeal. (An appeal of the third case is pending.)

Through a court spokesman, the judge declined to be interviewed for this story. “But I can tell you [that] all three cases were randomly assigned to Judge Leon, and none of the three was filed as a related case,” spokesman Sheldon Snook said. Officials with the FDA and Justice Department, which represented the FDA in court, declined comment. Tobacco company lawyers did not return calls or declined to be interviewed.

Tobacco control advocates, however, were deeply skeptical. Richard Daynard, a Northeastern University law professor and chairman of the Boston-based Tobacco Products Liability Project, said it seemed “very, very strange that somebody who has demonstrated a sustained hostility to the federal regulation of tobacco products keeps getting assigned to these cases. It certainly leaves one wondering what is going on.”

Matthew L. Myers, president of the Campaign for Tobacco Free Kids, remarked that while there was “no evidence that the system was manipulated,’’ the impact of the rulings has been “enormous.”

Judge Leon “has fundamentally altered FDA’s authority and ability to carry out its congressional mandate,” Myers said. “It has had a direct effect on what has happened with e-cigarettes, [and] the fact that the United States still has among the weakest warning labels in the entire world.”

“But there is no evidence of wrongdoing,” Myers said. “You can’t point to anything. I wish I could.”

Legal experts had to agree. “The odds are long,” said Andrew Bradt, an assistant professor and expert on litigation procedure at the UC Berkeley School of Law, “but I would have no basis for saying there’s any shenanigans going on.’’

Alan B. Morrison, a George Washington University law professor with extensive litigation experience in the D.C. District Court, concurred the odds were “quite astounding.” But given that two of the rulings were affirmed on appeal, he said he did not think anything happened that “is evil or malicious or affecting outcome.”

Leon’s rulings nonetheless have stymied federal oversight in these areas:

–E-cigarettes. In 2009, the FDA tried to halt a shipment of e-cigarettes into the U.S., on grounds that the products — which produce nicotine vapor without burning tobacco — were unapproved drug delivery devices. E-cigarette marketers sued the agency. In January, 2010, Leon issued an injunction, saying the FDA lacked authority to regulate e-cigarettes as drug delivery devices because marketers of the products weren’t making therapeutic claims. The ruling was affirmed on appeal.

Almost five years later, e-cigarettes are still exempt from FDA oversight. Although e-cigarette vapor appears to be less harmful than tobacco smoke, the nicotine is highly addictive. Health officials fear kids who get hooked using the devices may well graduate to smoking. Indeed, according to a recent study by the Centers for Disease Control and Prevention, more than a quarter of a million middle and high school students who had never smoked said they had used e-cigarettes in 2013. And because they are unregulated, e-cigarettes aren’t bound by federal age limits, bans on kid-friendly flavorings, or restrictions on advertising.

In April, the FDA, issued a proposed rule that would give it authority to regulate e-cigarettes as tobacco products (as opposed to drug delivery devices). The rule will become final next year at the earliest.

–Graphic Warning Labels. The 2009 tobacco control law directed the FDA to create bold pictorial warnings for cigarette packs to replace the small text warnings that have been unchanged since the 1980s. Seventy four countries and territories around the world require such graphic warnings, according to survey data from the Canadian Cancer Society, but the U.S., with the world’s biggest tobacco control program, still doesn’t have them.

In June, 2011, the FDA ordered the use of nine rotating warnings to cover 50 percent of cigarette packs with such images as diseased lungs and a cadaver lying on an autopsy table.

Five tobacco companies, including R.J. Reynolds Tobacco and Lorillard Tobacco — the 2nd and 3rd biggest cigarette makers —  filed a lawsuit claiming the mandate violated their First Amendment rights. Leon agreed, ruling that the labels were “more about shocking and repelling than warning,” and amounted to an “impermissible expropriation of a company’s advertising space for Government advocacy.” A federal appeals court upheld the decision in August, 2012.

The FDA has gone back to the drawing board, conducting research to develop new warnings that will pass legal muster. But officials aren’t saying when new labels will be proposed.

–Menthol Cigarettes. The tobacco control law directed the FDA to create an expert panel—the Tobacco Products Scientific Advisory Committee — to study whether menthol cigarettes pose more of a risk to public health than regular brands. In a report to the FDA in July, 2011, the panel found that menthol, by anesthetizing the throat against the harshness of tobacco smoke, likely makes it easier for teens and young adults to take up smoking. As a result, the report said, menthol cigarettes have an adverse impact on public health.

Lorillard and R.J. Reynolds sued to invalidate the report, complaining that several panel members had conflicts of interest because they had been consultants to pharmaceutical companies developing stop-smoking aids, and served as witnesses in anti-tobacco lawsuits.

This July, Leon ruled for the industry, finding that panel members Neal Benowitz and Jack Henningfield, both renown addiction experts, and Dr. Jonathan Samet, an editor on several Surgeon General reports, had conflicts that “fatally tainted” the panel and the menthol report. He ordered the FDA to reorganize the committee, and forbade the agency from considering the findings of the menthol report. The FDA has filed a notice of appeal.