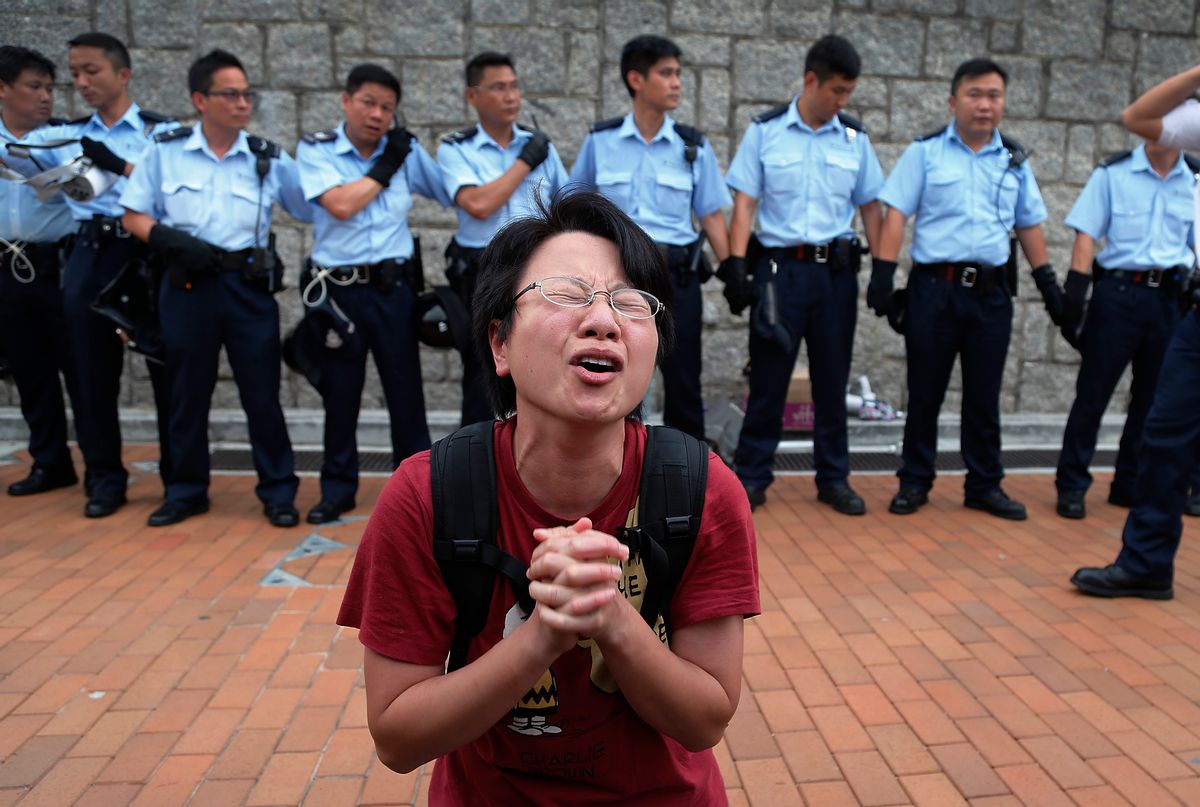 A student protester gets emotional while pleading for a peaceful resolution as some others resist during a change of shift for local police but backed down after being reassured they could reoccupy the pavement outside the government compoundâs gate, Thursday, Oct. 2, 2014 in Hong Kong. Hong Kong police warned of serious consequences if pro-democracy protesters try to occupy government buildings, as they have threatened to do if the territory's leader doesn't resign by Thursday. (AP Photo/Wong Maye-E) (Wong Maye-e)
--

Pro-democracy protesters in Hong Kong — many of them university students — were pushed and jeered by mobs who tried to drive them off the streets where they had been camped out for over a week calling for greater electoral reforms for the territory.

The demonstrations, which at times have drawn tens of thousands, are the biggest challenge to Beijing's authority since it took over the former British colony in 1997.

Japanese firefighters and military personnel tried to rescue people from the summit of Mount Ontake after it erupted without warning last Saturday. The death toll rose to more than 50, making it the country's deadliest volcanic eruption since World War II.

Hindu devotees marked the tenth and final day of the Dashain festival marking the slaying of a demon god by the goddess Durga.

Muslims are celebrating the festival of Eid al-Adha, commemorating the willingness of the Prophet Ibrahim — or Abraham as he is known in the Bible — to sacrifice his son in accordance with God's will, though in the end God provides him a sheep to sacrifice instead. Muslims slaughter sheep, cattle and other livestock, and give part of the meat to the poor.