Pending FDA approval, artificial penises could be tested within the next five years 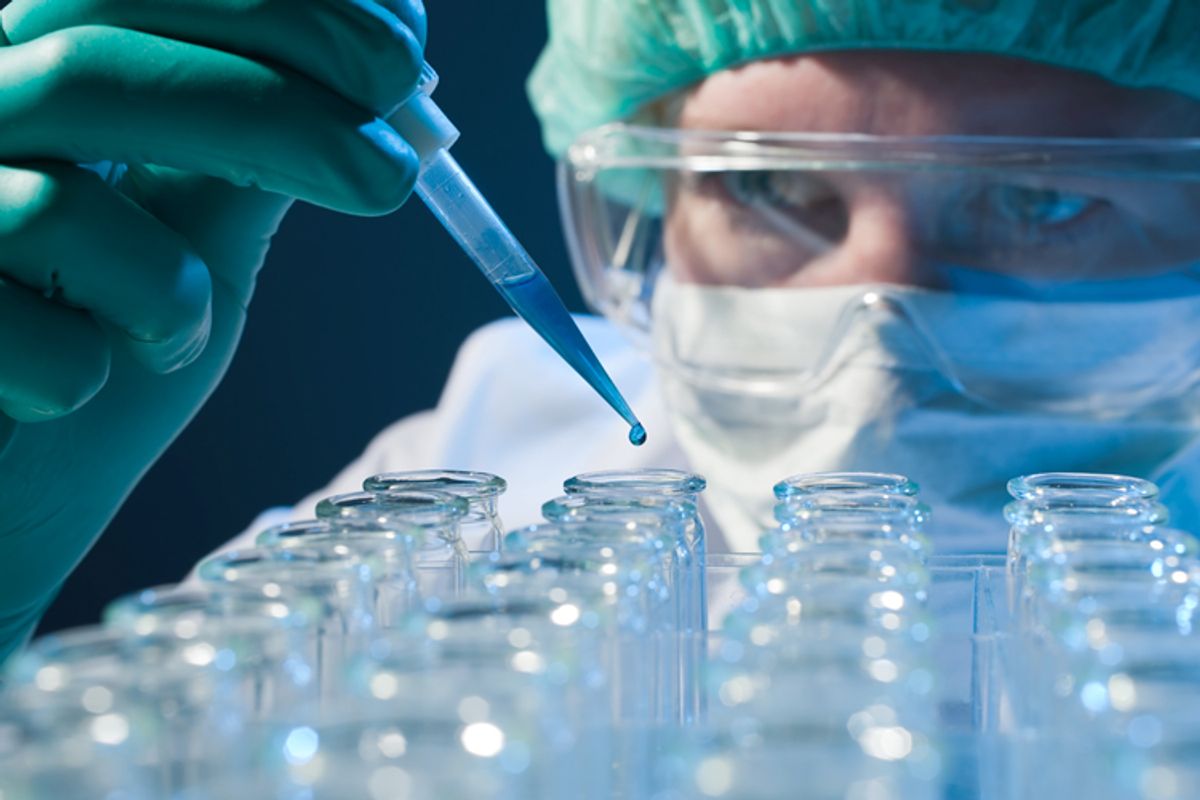 Medical researchers are preparing to take the next step in assisting men with congenital abnormalities, traumatic injuries or aggressive cancers affecting their penises. That is, so long as they get approval from the U.S. Food and Drug Administration. Pending a green light from the FDA, scientists say they could begin testing laboratory-grown penises on human patients within the next five years, making a huge medical breakthrough that much closer to becoming a reality.

The lab penises have been a long time coming, The Observer reports, and still have a few safety, durability and functionality tests in line before they're approved for human use. The research team currently working on the artificial organs, led by Anthony Atala at the Wake Forest Institute for Regenerative Medicine, has already had success engineering penises for rabbits. "The rabbit studies were very encouraging,” Atala told The Observer, “but to get approval for humans we need all the safety and quality assurance data, we need to show that the materials aren’t toxic, and we have to spell out the manufacturing process, step by step.”

Unfortunately, the process by which the penises are engineered would not make them suitable for use in female-to-male sex reassignment surgery, as the lab-grown specimens rely on patients' already existing penile cells. The penises could have important uses with regard to gender assignment, however, as Atala and his team hope to use the structures for children born with genital abnormalities. For many baby boys born with ambiguous genitalia, an early sex-reassignment (and assignment to the female gender) is performed, which can cause psychological trauma later in life. On the one hand, providing artificial penises for infant males with genital abnormalities is a form of gender reassignment. On the other, it offers a new solution to a reality that many parents and medical professionals might consider a problem.

There are still potential issues with the lab-grown specimens: Some doctors worry that the new penises might not be able to achieve erection, which would greatly limit the number of men they can help. With that (major) issue worked out, though, researchers suspect that the lab-grown penises will be able to be used for soldiers who have experienced massive injuries or men suffering from testicular or penile cancer, without having to use flaps from their forearms or thighs in reconstruction, as is currently done. If the doctors are as successful with the penile transplants as they have been with other artificial organs -- including a urethra and vagina -- then there's reason for men in need to be hopeful about the new technology.