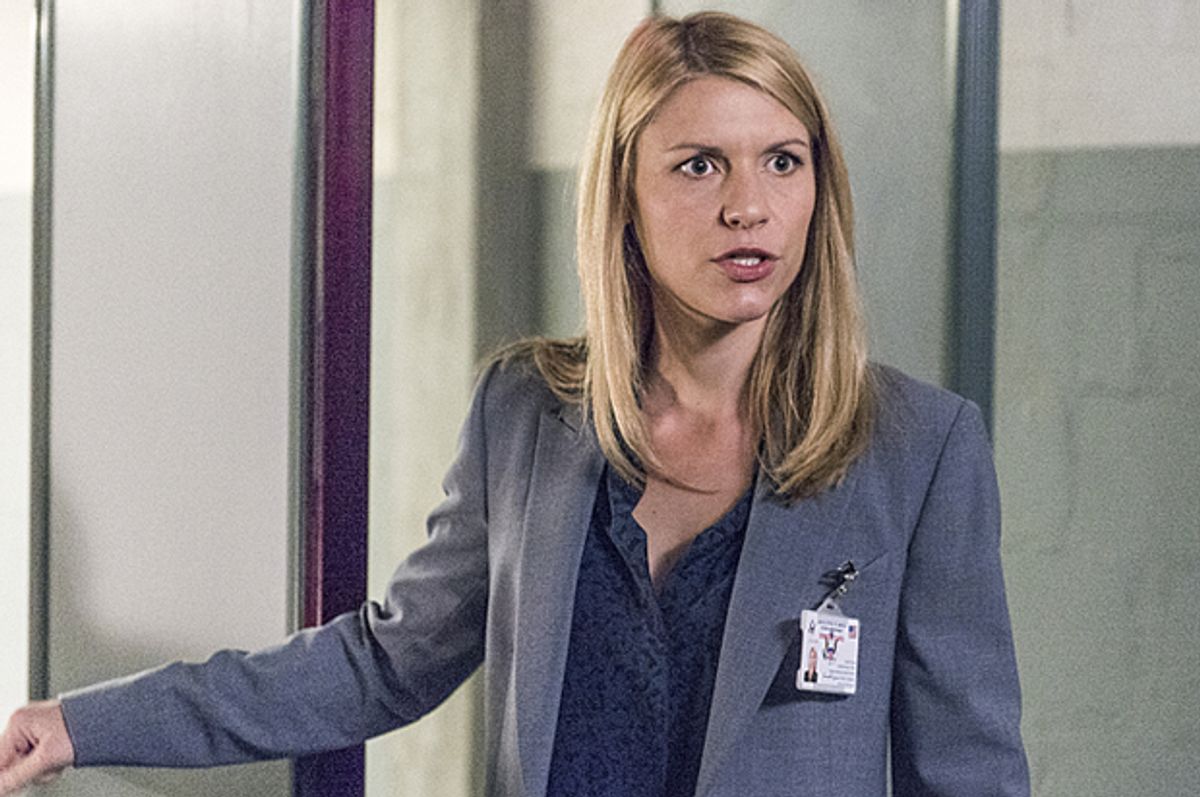 In “Homeland’s” fourth season, Carrie Mathison has been forced to come home from Islamabad, where she had been tagged the “Drone Queen,” to a softer, more empathetic space: motherhood. Except Carrie doesn’t want to be home. She doesn’t miss her baby. She runs when she hears her baby cry. And it’s not because Carrie can’t occupy those two spaces—can’t be both a strategic, ruthless CIA agent and a mother: it’s because Carrie clearly is struggling with post-partum depression, or maternal mental illness.

For those suggesting that Carrie should be past the post-partum state, consider new findings suggesting that post-partum symptoms aren’t confined to the few weeks after childbirth. A recent piece for the New York Times by Pam Belluck offers some gritty examples of struggling mothers. Jeanne Marie Johnson, 35, of Portland, Ore., told the Times that she had a “happy” pregnancy with her daughter, but “imagined suffocating her while breast-feeding, throwing her in front of a bus, or ‘slamming her against a wall.’”

Which leads me to the haunting scene in last night’s “Homeland.” Carrie is left with her daughter for the day—which makes sense. After all, it is her child. If this were an Alfred Hitchcock movie, Carrie’s overworked sister would’ve heard high-pitched violin shrieks in the distance. Carrie not only has a history with bipolar disorder, but Carrie is completely withdrawn from her daughter. She barely wants to hold her. Carrie’s sister, who has been taking care of baby Franny, has her own kids and hardly sees her husband. And she is sick of Carrie’s shit. “You bring a life into this world. You take responsibility,” she says.

Despite all of the ambient awareness about maternal mental illness and post-partum, and the horrific headlines that come along with it—the culture of motherhood can be all-consuming. Carrie is supposed to love her daughter after not seeing her for months. Period. She’s supposed to be thrilled about dropping her dangerous, adventurous, beloved job in the CIA to stroll her baby around a park. Period. Even Carrie’s superior, after removing her from her post in Islamabad, says, “Think of it this way. You’ll get to spend time with your kid.” She’s not even permitted disappointment.

But when Carrie is left alone with her baby, the alarms blare. Carrie drives around with the kid in the front seat. Even the kids scream in the background “Change her--she smells!”

And then she gives her daughter a bath. This is not an easy scene to watch. The director lingers on the baby in the bathtub, shifting back and forth from the unknowing infant to Carrie’s trembling, confused face. The baby slips for a moment and Carrie sees her future—what would it look like without a baby. It’s a brutal moment and Carrie allows the baby to sink. The point-of-view now is the baby’s—underwater. For all we’ve seen Carrie go through, this character could never recover from drowning her baby. It might be the last taboo in our antihero(ine)-obsessed age: a mother killing her defenseless child. In the classic antihero dramas, we're often offered evidence that our hero-villains truly love their children--Walt protects Walt Jr. from bullies, Tony plays late-night video games with his son--as a sole humanizing force on a backdrop of moral blackness. So in the end, Carrie doesn’t go through with it. She lifts the baby up and comforts her daughter. But it’s a moment of clarity for her: I’m a danger to this child. And for the viewer, it’s a scene so disturbing that--even amid so many TV shows engineered for maximum shock--it feels like a moment of unprecedented, and productive, boundary-pushing.

Later, Carrie blackmails her superior to send her back to Kabul. This is no surprise—except to Carrie’s sister who says: “I know what these war zone postings are all about. Making sure there’s no place for your daughter there.” I feel for Carrie’s sister. She’s fed up. She’s the other kind of mother—the one who’s rooted wherever her family is. Finally she says: “There’s not even a diagnosis for what’s wrong with you.” But what her sister doesn’t understand is Carrie retreating to Kabul is the best thing for the baby. It’ll save her baby’s life.