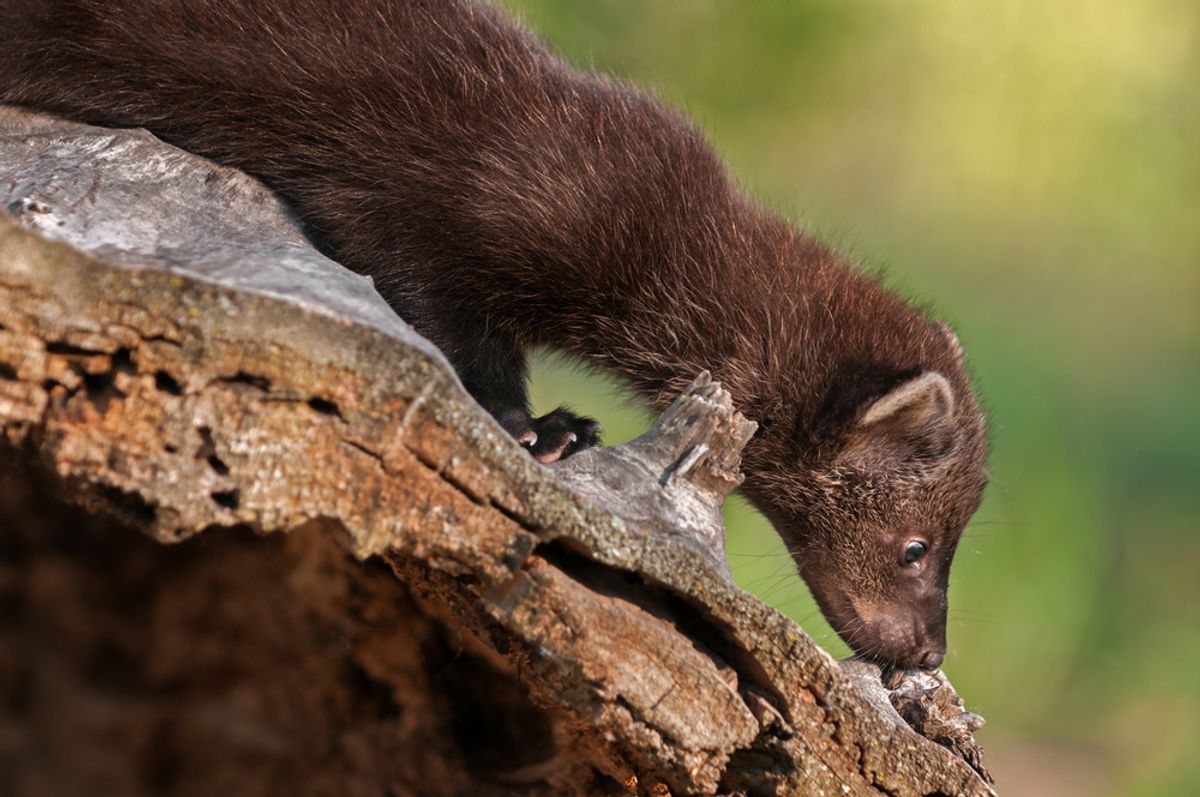 A rare west coast mammal is up for Endangered Species protection thanks to the threat posed by California's illegal marijuana industry.

The fisher, a carnivorous cousin of the weasel found in the old-growth forests in California, Oregon and Washington is already rare, its numbers reduced by fur trappers and loggers going back to the 1800s, as well as by urban development. Only two naturally occurring wild populations exist, according to the Center for Biological Diversity: one is in the southern Sierra, and the other is in southern Oregon and Northern California. A third was reintroduced into Washington's Olympic National Park in 2008. But the motivation for the new level of protection, according to U.S. Fish and Wildlife Service officials, comes from the use of rat poison on marijuana plantations. Of 58 carcasses tested by one 2012 study, nearly 80 percent tested positive for traces of rodenticide.

“It is an illegal activity so it’s not like we know a lot yet,” explained Paul Henson, state supervisor for the FWS in Oregon. “But we know it’s fairly widespread within the range of the fisher, because that’s also where a certain amount of the illegal cultivation occurring on public lands.”

Earlier this year, Mother Jones published an extensive feature on the environmental impact of unregulated pot farming, which included conversations with Mourad Gabriel, the wildlife ecologist who first identified the rat poison threat. The backlash was swift: Gabriel was accused of helping the federal government "greenwash the war on drugs," and someone poisoned and killed his dog. But between the threat to wildlife, and the strain the marijuana boom is putting on increasingly strained water resources, writer Josh Harkinson argued that regulating growers can be the best solution to a destructive industry that obviously isn't going away any time soon.

But that's not the only debate into which the fisher, whose protected status will be officially determined next year after a public comment period, is being drawn. "In addition to Endangered Species Act protection, the strong protections provided by the Northwest Forest Plan for old forest habitat need to be maintained, including on O&C lands,” Noah Greenwald, endangered species director at the Center for Biological Diversity, said in a statement. He's referring to public forest lands in western Oregon where officials have proposed new regulations that would allow an increase in logging. Henson disagreed that this is a problem, maintaining that the fisher can do just as well in managed forests.

In addition, Greenwald added, "the dangerous rodenticides being used by illegal marijuana growers that have poisoned fishers need to be completely banned.” Erin Williams, who oversaw the FWS analysis, told the Associated Press that regulations currently exist, but that they haven't prevented the poison's misuse.