"The Monarchy is not going to kill you, right?" 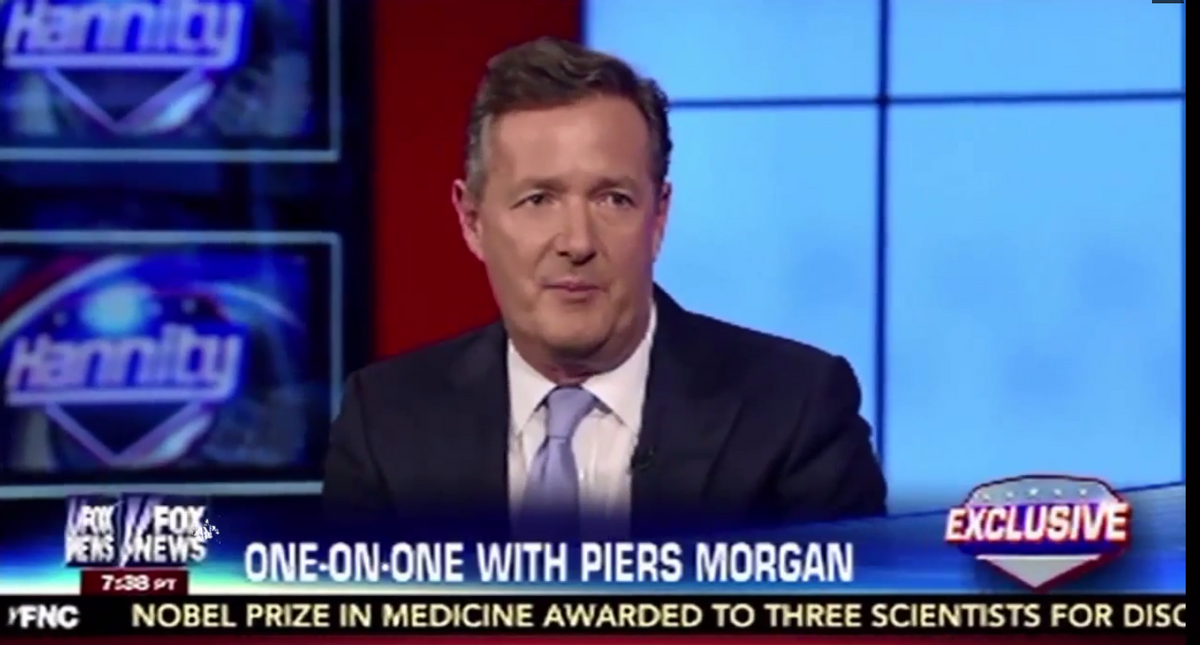 On Monday night, ex-CNN host and judge on "America's Got Talent" Piers Morgan sat down with Fox News host Sean Hannity to rag on President Obama and fight about guns.

The two agreed that Obama had been a "big disappointment," especially given the fact that he had spent about 200 more hours playing golf during his term than in his daily intelligence briefing. They discussed "schizophrenic" CNN's ratings and Morgan's opinionated persona on his show.

At this point, Hannity brought up guns.

"I did think it was a mistake-- I have carried a gun, and I am not trying to turn this into a gun debate-- for more than half of my adult life. I carry a weapon," Hannity said. "I have been around weapons, my parents were in law enforcement in a peripheral way, since I was a kid. It would be like me going to Great Britain. I don't understand your love of the Monarchy, and for me to be critical of that is going to the core of a tradition and I don't understand why you picked that issue."

"Because the Monarchy is not going to kill you, right?" responded Morgan.

To see when things really get dirty, watch the clip below.