"We're the ones who gave ya'll the freedoms that you have!" 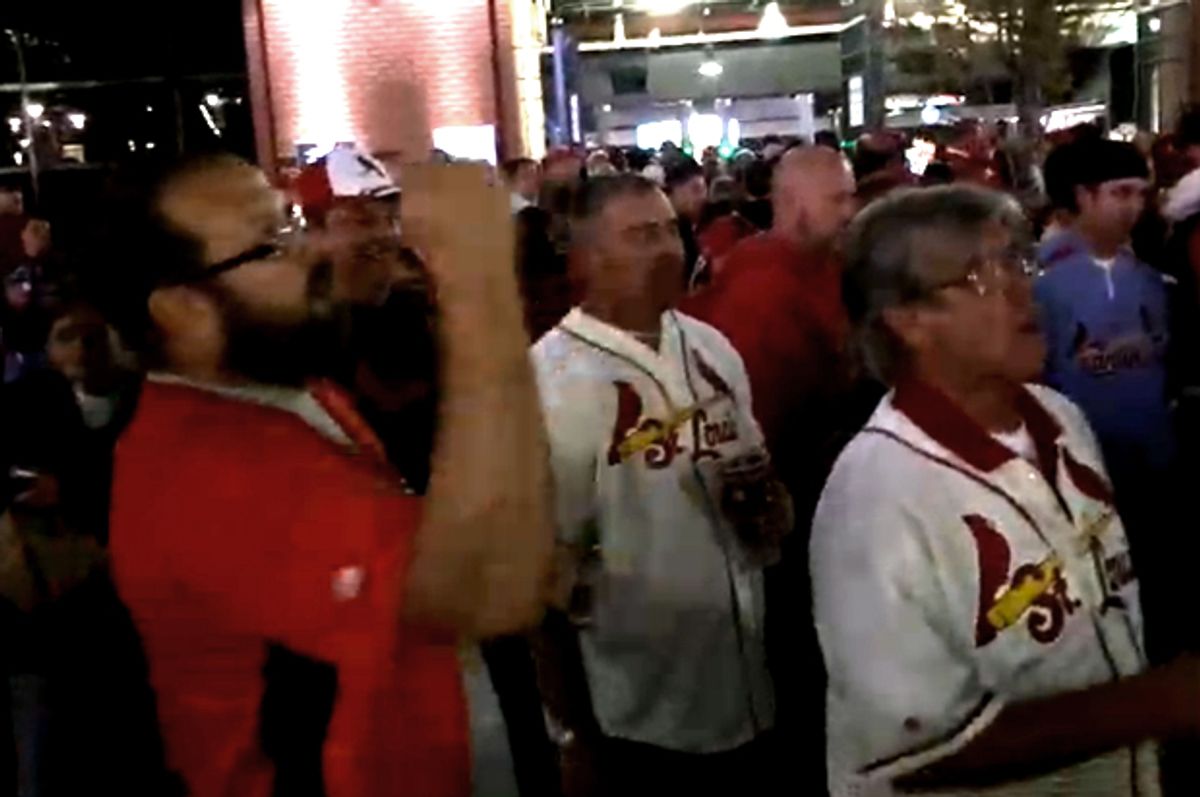 At one point, an older white man starts yelling at the protesters, shouting, "That's right! If they'd be working, we wouldn't have this problem!" Then, the Cardinals fans begin chanting "Let's go Cardinals!" which morphs into "Let's go Darren!" referring to Darren Wilson, the police officer who fatally shot Brown.

Later on in the video, a woman shouts, "We're the ones who gave all y'all the freedoms that you have!" which is a tidy way of identifying with slavers and Abraham Lincoln at the same time, covered in a thick layer of modern racism.

The whole video is about 25 minutes and features plenty more hateful behavior from Cardinals fans if you're interested.