Time to reconsider those baby wipes 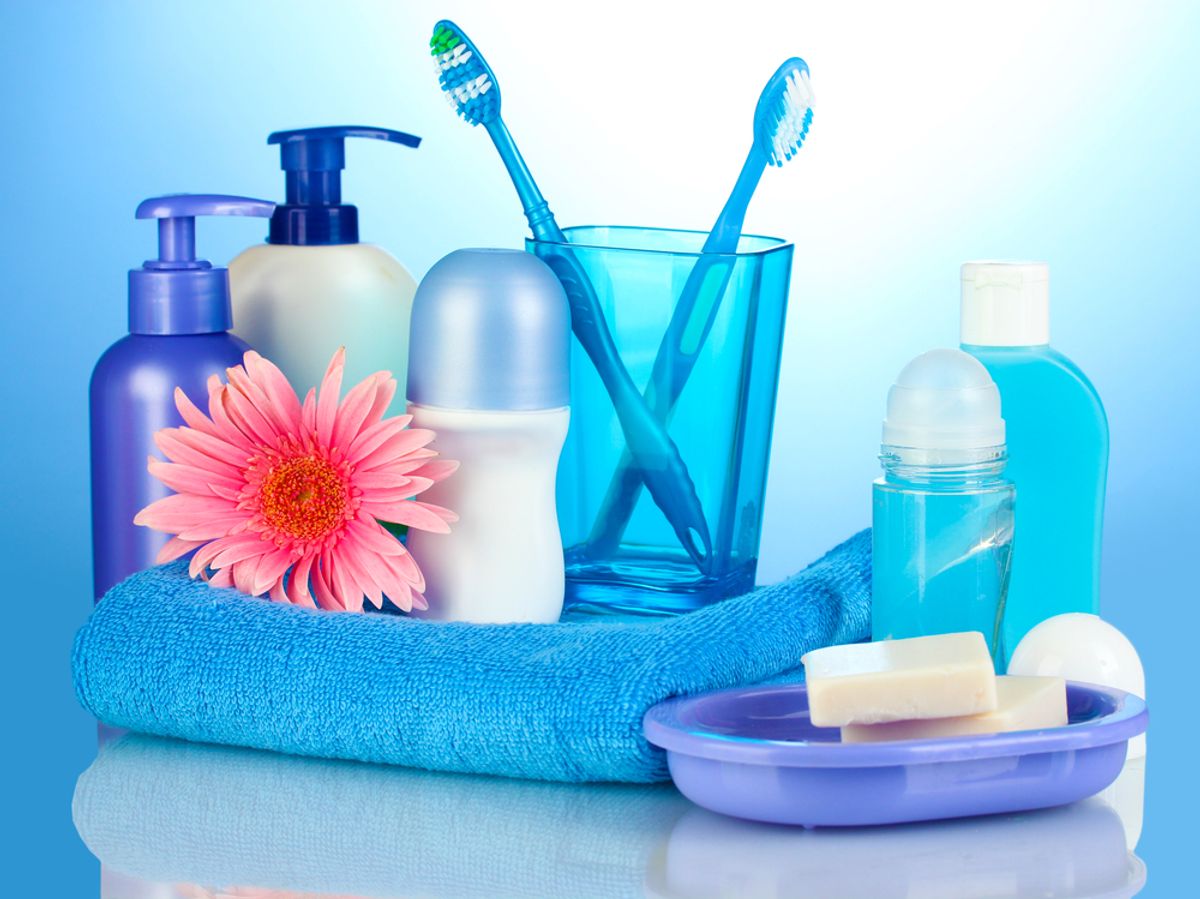 The bathroom is arguably the most dangerous room in the home. It’s where we keep everything from nail-polish remover (acetone) to toxic cleaners containing silica, chlorine bleach and ammonia. And let's not forget the mold that grows between the tiles. But along with the chemical hazards you might know about, there are many you may not be aware of. Here’s four.

1. Antibacterial hand soap. Healthcare researchers have long warned that use of antibacterial soaps can create drug-resistant germs in the home, leaving people more imperiled by infectious disease than they would otherwise be. In addition, a U.S. Food and Drug Administration advisory committee found that antibacterial soaps don’t remove germs from your hands better than plain soap.

The biggest concern when it comes to antibacterial soaps is the active ingredient, triclosan. In addition to encouraging bacterial resistance to antibiotics, it is linked to liver toxicity, thyroid dysfunction and higher incidence rates of  food allergies and hay fever in children. Other studies have linked triclosan to allergic contact dermatitis. The American Medical Association now recommends that ​triclosan not be used in the home at all.

A recent study, reported on AlterNet, has found a disturbing exposure of the germ-killing chemical to the fetuses of pregnant women in Brooklyn. In the study, scientists tested 181 pregnant Brooklyn women and found that half tested positive for triclosan in their umbilical-cord blood samples, signifying triclosan was being transferred to fetuses.

Now there's even more worry that ​t​riclosan is fouling up our water systems and introducing mutant germs into our environment. A recent study reveals that the chemical can  sabotage the efforts of helpful bacteria at wastewater treatment facilities, hindering the efforts of important sludge-processing microbes while promoting drug resistance in others. Triclosan is also shown to encourage the growth of some microbes that are immune to drugs, which may increase the likelihood that they could be spread throughout the environment through fertilizers made from wastewater sludge.

While ubiquitous in hand soaps, ​t​riclosan is sometimes found in shampoos, deodorants, toothpastes, mouthwashes, and cleaning products, so check the ingredients of those products as well. The antimicrobial is also  incorporated into hard consumer products such as kitchen utensils, toys, bedding, socks, and trash bags. Its use by U.S consumers is so prevalent it has been found in the urine of 75% of those tested in a 2008 study.

You should try to remove products containing ​t​riclosan from your household, and especially be especially careful not to buy any soaps labeled “antibacterial.”

2. Bathroom wipes. Once exclusively known as baby wipes, the products have been remarketed to be used by adults as a toilet paper substitute and to remove makeup.

Some wipes contain the compound bronopol which is as an antimicrobial agent and preservative used in the place of alcohol that can release low levels of formaldehyde as it breaks down. A volatile organic compound, formaldehyde can irritate the eyes and throat and cause headaches and dizziness. It has also been classified as a probable human carcinogen by the U.S. Environmental Protection Agency.

The chemical industry maintains that there are no studies suggesting that routine phthalate exposure presents adverse health effects, but many consumer, environmental and medical advocates disagree. Studies over the years have raised red flags. Phthalates are known endocrine disruptors, which should be more of a concern to parents of infants that do not have developed endocrine systems. In one study, researchers  found phthalates in the urine of infants whose mothers used baby products containing the chemical.

When buying bathroom wipes, choose those that say on the packaging that they contain no added scents or bronopol. Wipes made by Seventh Generation explicitly state that they don’t use these chemicals.

3. Lathering shampoos. Recently, the Center for Environmental Health found a chemical linked to cancer in dozens of shampoos, many of them high-end. The ingredient, cocamide diethanolamine (or cocamide DEA), is a chemically modified form of coconut oil used as a foaming and thickening agent.

In the center’s test, shampoos made by Colgate Palmolive, Paul Mitchell, Colomer, as well as some "organic" and store-brand shampoos were shown to have high levels of cocamide DEA. One shampoo tested at more than 200,000 ppm cocamide DEA, which is about 20% of the product’s ingredients.

“Most people believe that products sold in major stores are tested for safety, but consumers need to know that they could be doused with a cancer-causing chemical every time they shower or shampoo,” says Michael Green, executive director of the center. “We expect companies to take swift action to end this unnecessary risk to our children’s and families’ health.”

In 2012, California listed cocamide DEA as a chemical known to cause cancer based on the assessment by the International Agency for Research on Cancer, which listed the chemical as a Group 2B carcinogen after it was shown to grow tumors on animals in topical tests.

When buying shampoos it’s best to check the ingredients labels. Make sure that shampoos you buy do not say “cocamide,” “cocamide DEA,” or “cocamide diethanolamine” on the side of the bottle.

The active ingredient in drain openers is lye, also known as caustic soda, sodium hydrate, or sodium hydroxide. And while lye (as either sodium hydroxide or potassium hydroxide) has been used by people to cure food and make soap since ancient Babylon, it doesn’t mean it’s good for you, your pipes, or your bathroom its purest forms.

While lye might not produce systemic toxicity in humans, if mishandled, it can cause severe burns even in the smallest amounts. It poses a particular threat to the eyes, since it can hydrolyze, or break down, proteins on the cornea’s surface and further penetrate the eye.

Inhalation of lye dust, mist or aerosol is of great concern, especially for small children since they have greater lung surface size relative to their body size. Exposure through inhalation can severely aggravate the mucous membranes of the nose, throat and respiratory tract. And as it is odorless when airborne, you might not know you’re getting a big dose until it’s too late.

Plumbers also recommend that people not use lye, because it only pushes the muck further down the drain, possibly causing larger and harder-to-solve problems later on. Also, if you have plastic piping, the lye in the drain openers will start eating away at them right away. Chemical drain openers can even corrode metal pipes over time, if you constantly use them.

Additionally, when lye comes in contact with water, it creates a significant amount of heat and can crack a ceramic toilet bowl or even combust when mixed with other materials, leading to possible injury, the replacement of fixtures and even the tiles and walls in the bathroom.

For smaller clogs, use a plunger instead of a chemical drain opener. If you have a tougher clog, use a drain snake or call a plumber.​