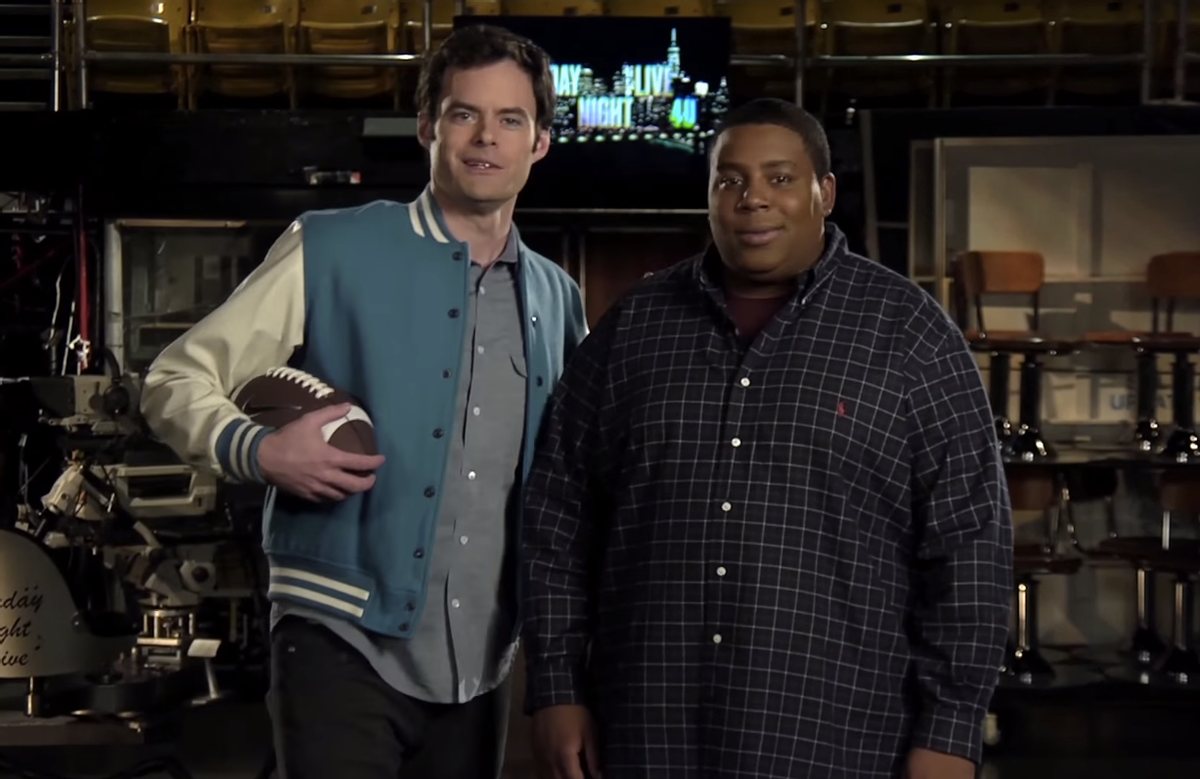 Big-time Hollywood movie star Bill Hader is returning to his old haunting grounds on Oct. 11, so it's fitting that "SNL" cast member Kenan Thompson updated him on the developments since Hader's departure in 2013. Among the changes: "We renovated the bathroom. There's spaghetti and meatballs in the cafeteria. And we got a ton of black people now!" Thompson said, making light of the diversity controversy that led to the hiring of Sasheer Zamata and two writers. And "Old Man Michaels is still a heel," apparently.

Hozier (not Hader), will be the musical guest.